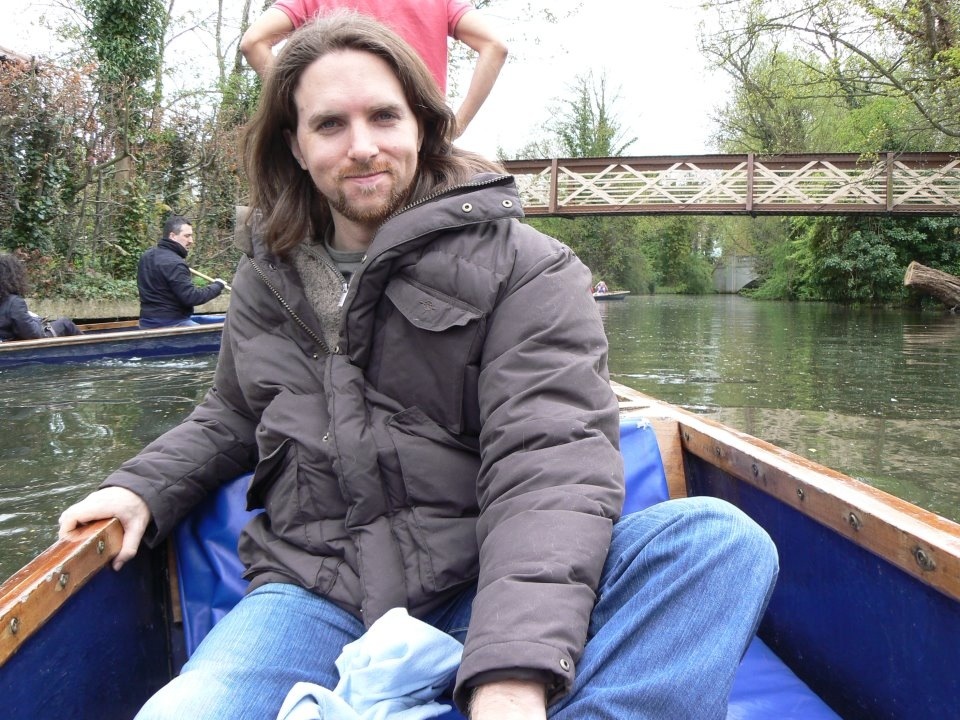 Today is Kent’s birthday and I miss him. Here are some words I spoke at his funeral in January, after he died far too young. If we could all be a bit more like Kent from today onwards, the world would be much improved.

I’d like to invite you to look at a picture of Kent on the screen,
​or to close your eyes for a moment now
​​and think about a time you were with Kent
​think of a time he was being particularly Kent.
​I’d like you to choose two words that capture something of who Kent was in your life.

When you’ve finished listening to our stories up here today
and are sharing your own stories about Kent over afternoon tea
maybe you could share your two words
with someone else who loved Kent.

I’ve picked a few words about Kent to try to explain why I appreciated his friendship for nineteen years so much.

Kent was KIND.
He was one of the good guys,
​a reliably positive, amiable presence
​with eyes that crinkled up readily at the corners.
​
I can’t think of a single instance where he did or said something to hurt me,
​and this in the face of considerable provocation on my part!
​I can’t think of a single time he said something catty about someone
​​and this underlines how unusually kind he was, as his default.
I can, though, see him smiling down at me
​from a great height
​through those thick eyelashes
​and choosing to see the best in me – and probably in you too.

Kent was STEADFAST.
From playing guitar every single Sunday at Porirua Gospel Chapel
(being woken up by that shot of communion port),
to the longevity of his friendships,
​to his commitment to following the way of Jesus,
​Kent was steadfast, someone to be relied on.

Kent was QUIRKY.
Who remembers his rubber chicken?
His Viking helmet?
His Jesus hair?
His everyday wordplay
– the space behind your knee or between the front seats of a van
one or both were a ‘Derrick’, for lack of any other name
on Tuesday nights at FCWAP
he ordered his scones to be served with ‘half a cow, thanks.’
The orange tv-carcass shrine at Hanson St,
the, well, everything about his time at the Goatshed…
Playing death metal in a Kermit Klein t-shirt,
The combination of internet geekery and chocolate cookery
Kent walked his own quirky path.

He was someone who said ‘yes’ to the world,
with a straightforward shrug of assent.
Wanna come and be a youth leader at KBC? Sure!
Wanna host the whole youth group for pancakes at 6am? Why not!
Kent was habitually willing.

Kent thought for a long time that he couldn’t really sing, so shouldn’t –
after all, he knew so many professional singers
and he wasn’t one.
But then Michael and Steve inspired us
with their chocolate bar accountablility system,
​​so Kent and I started a chocolate bar chart at Hanson St
to help each other read the Bible more regularly.
​We read a book about King David together
– I would read a chapter before bed – like at midnight –
and drop the book at his door
so he could read a chapter before bed
– like at 4 in the morning.
There was one chapter that argued the power of singing
as a way to communicate with God.
Kent felt challenged, and next Sunday at church,
he was singing for the first time in years.
Kent was WILLING.
He was willing to learn and willing to give.​

Kent was QUICK.
You might remember the day you realised how fast Kent’s mind went.
He often fooled people, because he was an introvert
​and not a show-off
​happy to be in the background in a lot of contexts.
Almost all the times in my life
that I have laughed the most and hardest have been with Kent.
Maybe you played Balderdash or Pictionary with him
​or were lucky enough to be sitting around
in someone’s lounge or tent
​long past your bedtime
​​and conversation got more and more hilarious
​​and Kent made you laugh
until you were at risk of wetting yourself
​and at some point he said,
​Hm, is that a line behind me?

Kent was also quick at finding new stuff and sharing his discoveries.
He was the first person to tell me
about this new search engine called Google.
He was the early adopter who introduced me to QI,
​Sesame Street Unpaved,
the Lillywhite Sessions
Google Reader,
that animated green alien
singing I will Survive until an anvil flattened her…
He probably introduced you to lots of cool stuff too
– maybe you can tell someone what at afternoon tea.

Kent also stands out for me as someone who was
QUIET – a great advertisement for how cool introverts can be
Kent was TALENTED – we probably all envied him at some point
Kent was CREATIVE – what art and design and music will you remember that he created?
Kent was an innovative problem-solver,
a serious thinker,
a deadly tickler,
a talented hugger,
and all the words that you have thought of too.

I can’t tell Angela’s story of Kent, or Reuben’s or Esther’s.
But as a big fan of the Humphrey family,
I have a few more words to add to the list.

Kent became more himself because he was with Angela.
All of these things he was
became more rounded and polished
by their relationship.
Together they took on the world,
and were both good to each other
and good for each other.
It seemed to me that Kent was a tender
and generous
and wholeheartedly committed husband.
And goodness me,
he loved Reuben and Esther
and the adventure of parenting them.

I am looking forward to seeing how these two small gifts grow up
​and what parts of Kent they show us as they grow.

It will be our job to notice how they are like their Dad
​to see them being quick and quirky and kind and steadfast
​and all the other words you have chosen
​and tell them how pleased we are to see Kent’s legacy in them.

4 comments on “Words about Kent”