I’ve thought, written and preached a lot about hospitality over the past few years. But I’ve never accepted as much of it from other people as I have in the last ten months.

Here is the first part of a set of reflections on just the overnight hospitality people have extended to me and my family since SBJ was born in December 2011.

The Hospitable Hospital where SBJ was born. Against the usual policy, and thanks to the marvellous Maternal Mental Health Team, they moved us into an empty quad room so my husband could stay overnights. 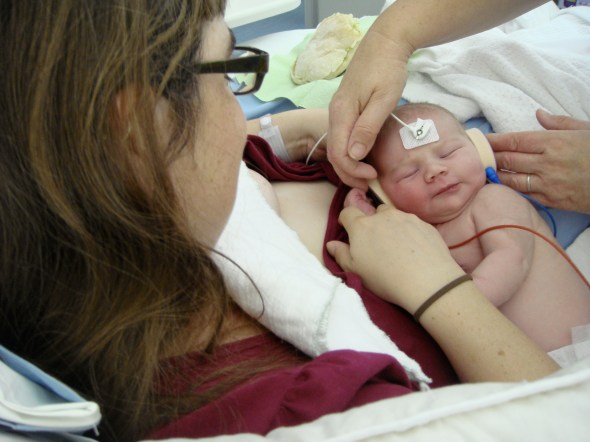 SBJ having his routine newborn hearing test in hospital.

Thank you, New Zealand taxpayers, for your hospitality. PAYE as spiritual practice, eh?

Michelle and Dave gave up their bed so 10-week-old SBJ and I could stay the night while my husband packed the house. I had mastitis: boo, hiss.

Olive and I had a wonderful, hilarious conversation about breastfeeding (she’s the youngest; she’d never seen it!), and she practised her social work on me: ‘So tell me, what’s it like when you have to get up in the middle of the night with him?’ She’s five years old!

In the hardest week of our marriage (we’ll never move house again!), we collapsed into the hospitality of SBJ’s godparents in Wellington and ended up staying three months.

They called us their flatmates and we traded babysitting and cooking and ate our weight in dairy-free peppermint slice. And they are hosting us again now!

John and Marilyn have hosted most of the world in their various spare rooms, including my husband before he was my fiance, boarding with them while I convinced him to marry me.

It was the whole family’s turn for our last week in Wellington before heading north and then overseas. A warm welcome in a warm house, and SBJ got his first play on a piano.

My parents’ first date was taking their mutual niece (daughter of Dad’s brother and Mum’s sister) on an excursion. They stayed out rather later than planned and were married eleven months later. She’s now therefore my double cousin, and we’ve lived in each other’s homes in (is this right, P?) 1978, 1984 and 1987. 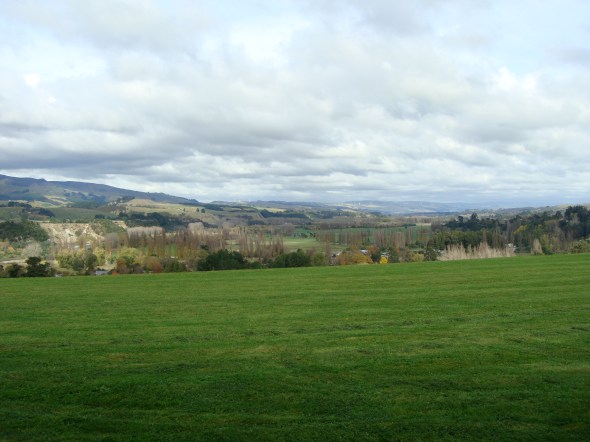 The view of Pohangina Valley from my cousin’s house.

We stayed with her and her lovely family in gorgeous Pohangina on our way north in May and caught up on generations of family stories.

SBJ tried his first solids at Lauren’s house in Hastings, where we ended up staying an extra night after an incident involving cafe food-contamination, an ambulance and a flat car battery.

Lauren’s a pro at hostessing, even the kind where your guests leave… and then don’t. She’s also the second of many who gave up their own rooms for us – a special kind of sacrificial hospitality.

Our second-to-last New Zealand home before heading to the UK was at the Million Dollar Manse, where hospitality is a way of life. 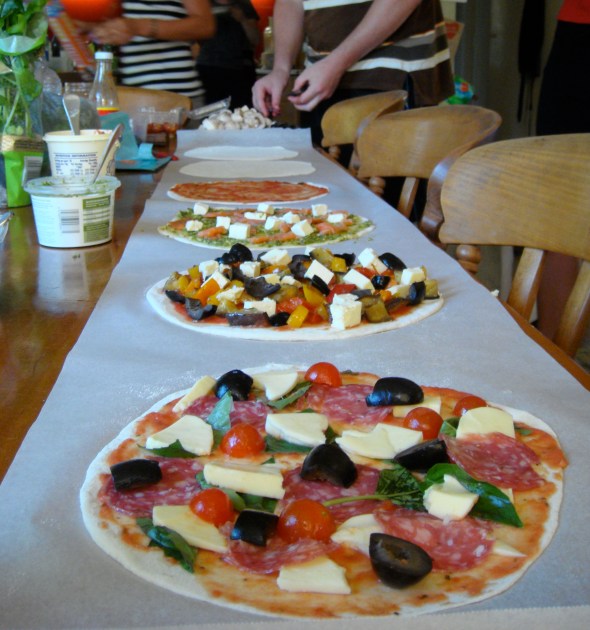 Friday night pizza at the MDM

Friday nights are open to anyone who wants home-fired pizza, made to any dietary-need specification, and particularly if you want to earn it with yoga or pregilates first.

The MDM could just as plausibly be the MGM, given the vast number of guests who have been welcomed there. I wanna be like them when I grow up. Who’s gonna build me a pizza oven?

Our road-trip was largely built around the need to get to Whangarei Heads for me to speak at Whangarei Central Baptist Church‘s annual women’s camp.

It was my first public speaking since resigning as a pastor, and since losing my brain to postnatal depression. Just having me there at all was an act of hospitality. 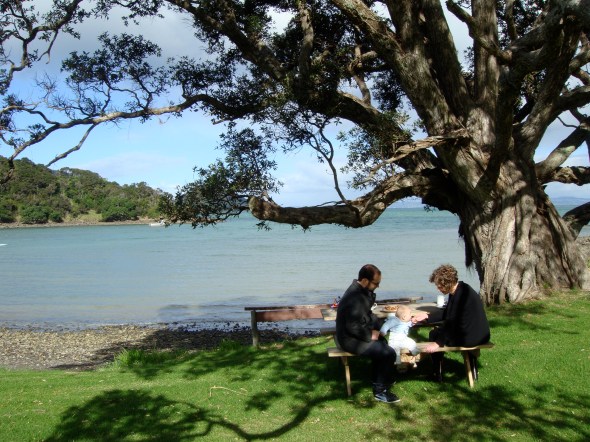 The church graciously gave us a whole cabin for us and our lovely friend Mia, and welcomed us with cupboards and a fridge full of amazing food, huge containers of delicious dairy-free baking and other treats for my husband, a colossal fruit basket (we weren’t sure of the identity of all the exotic delights therein!), home-embroidered linen… They were so thoughtful about what would make us comfortable.

And then they engaged with my material on faith that impacts everyday life, on depression, on all-age church, and were so generous and kind throughout.

It was a real milestone in my recovery to be able to do this kind of thing again, and to do it among such kind and hospitable people made all the difference. Thank you, Whangarei Baptist.

And then we headed back to Auckland to fly out to the United Kingdom. A new country in a new post, I think.

Do you have stories of gracious hospitality that you’ve experienced? When has it really meant a lot to be welcomed into someone’s home? Please comment away with your stories.