To remind you, this is the pin that redeems my Pinterest obsession with home organisation.

I may have been a bit hard on good old Pinterest the other week. It’s simple and clever and handy for keeping track of things efficiently and prettily. And I use it plenty, so need to watch my kettle-black-calling!

When it comes to the Beautiful and Organised Home project that seems to dominate corners of Pinterest, it’s just that I sometimes despair that the problem of having Too Much Stuff is stealing hours and hours of human thought energy.

We could be inventing printable chocolate bars, but instead we’re turning magazine racks into can dispensers and labelling the hell out of the linen cupboard.

But at least one of the key tenets (I know them all) of home organisation is purging. If you don’t use it or love it, chuck it. If you haven’t worn it in the last year, chuck it. And now the magic 40-bag approach.

Forty is a good, round biblical number, and it’s the number of days (excluding Sundays) of Lent, the period of spiritual preparation leading up to Easter.

Christians have traditionally fasted in Lent. Orthodox folks still do this seriously – my Coptic friends give up eating all animal products, wine and oil for periods leading up to all the major feasts – several months of the year.

These days it’s pretty common for Western Christians to give up something else: coffee, junk food, Facebook, alcohol, meat. Or maybe in a further abstraction: complaining, self-negativity, sarcasm.

There’s value in doing something physical to connect our minds and bodies. It’s hard to forget about Jesus when you make a rumbling tummy or a coffee craving stand as a reminder of him, and open yourself to more of those signals for six weeks.

Giving up something enjoyable in order to connect more closely to God is also a corrective reordering of priorities. As someone who is seldom asked to sacrifice safety, power or esteem for Christ’s sake, I could do with a little more practice at putting his call to radical discipleship ahead of my comfort.

I’ve variously given up chocolate, novels, National Radio, screen-based entertainment, and this year, sleep and good mental health(!) I’m wondering about making 2013 the year of the 40 bags, and I’d like your input.

What if I give away a possession – or a bag-full – every day of Lent? Maybe not just things I don’t love or use, either. Maybe I could look around the house and think of someone who would actually enjoy or benefit from things I enjoy but have in excess (not much point giving away my only great kitchen knife if I then go and buy another). I guess there’s that ‘if you’ve got two coats‘ thing that I could start with.

Probably better, as my husband pointed out while I was writing Possession #1, look around our community and its needs (friends, charities, neighbours), and see what we own that will fill a gap somewhere else. 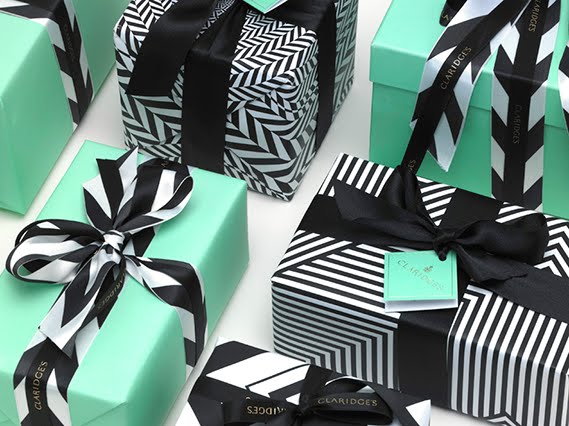 It’d be nice to make presents of the things we give away. Probably not as beautifully wrapped as this…

We’d need to set aside time to do the practice thoughtfully, too, not just grab something out of a cupboard to tick the box at the end of a busy day.

Why do this at Lent?

In my experience, a limited period fast or habit change is a great way to kickstart a longer term change of behaviour, and I am conscious at the moment of the hold that possessions have over me and my home.

An intentional lifestyle of giving things away could increase my practice of generosity, hospitality and selflessness. I think I would develop a stronger sense of my stuff being God’s property to be looked after and distributed by me, rather than mine to be hoarded. I hope this would lead to better use of my money as well as my possessions.

Over time I’d like to send a lot more money to strategic initiatives in the developing world, and that requires a step up in my generosity of spirit.

What do you think? Could 40 days of donating be a useful exercise? What should the rules be? It’s not much of a sacrificial practice if it’s just a home-decluttering exercise a la Pinterest, but if I can tweak it so it helps change the way I think of the stuff that surrounds me, maybe it could be a useful spiritual discipline?

You convinced me in the first Possession post discussion that the one-in-one-out idea I’d heard somewhere wasn’t a great one. What about this as a family Lenten practice each year? Do you think kids could get into this? Going through their stuff and thinking what would make good presents for other people?