Why the Judge was Wrong 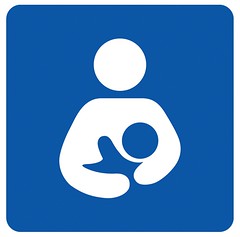 On Wednesday a judge made a woman unwelcome in his courtroom because she was breastfeeding her 18-week-old baby.

Twenty-two per cent of Herald poll respondents are with the judge on this one, and think that what the mother was doing was ‘totally inappropriate.’

There are two big problems with this, and only one is a ‘feminist’ issue.

The World Health Organization says this about breastfeeding (as a public health issue, not as a rule for each individual family):

Breastfeeding is an unequalled way of providing ideal food for the healthy growth and development of infants; it is also an integral part of the reproductive process with important implications for the health of mothers. Review of evidence has shown that, on a population basis, exclusive breastfeeding for 6 months is the optimal way of feeding infants. Thereafter infants should receive complementary foods with continued breastfeeding up to 2 years of age or beyond.

There are plenty of circumstances that mean families would choose or need to do something different from this ideal. But the reason WHO is involved is to encourage entire nations to make good social policy to promote good health in the population.

As a friend said on Facebook, this judge was very likely breastfed himself, lucky man. The matter of public health goes beyond the welfare and freedom of women. In the UK this week, the National Health Service estimated it would save millions of pounds in lower hospital admissions and GP consultations if mothers were supported to breastfeed longer than the current low rate (New Zealand breastfeeding rates are a bit higher, but still way off Ministry of Health targets.

This is why it is illegal in New Zealand to prevent a woman breastfeeding in public or at work. Hurrah!

Courtrooms are exempt though, basically because judges are always the boss of what happens in their courtrooms. This is part of a bigger picture of judicial independence and I’m content not to argue about that. I’m not after a law change, just a social change.

Giving the judge the benefit of the doubt (as my Mum would do), there are all sorts of reasons he might have thought it inappropriate to have a woman breastfeeding in his courtroom. As Law Society President Jonathan Temm was quoted as saying, a courtroom is a pretty charged environment:

“Think about it in a practical context – imagine if the public gallery were full of members of the Mongrel Mob and say other people from criminal gangs, and you have a woman who breast-feeds.

“You don’t need more tension in the courtroom, you’ve already got enough. So there are lots of reasons why you need to be more circumspect about certain behaviours.”

But kicking the breastfeeding mother out isn’t actually the only way to deal with this concern. Given the societal benefits of breastfeeding, and the fact that New Zealand law recognises the prevention of breastfeeding in public as a human rights violation, how about putting the needs of the woman and baby ahead of the irrational volatility of theoretical members of the Mongrel Mob who are surrounded by court officers?

As this woman was there supporting her partner, if the judge was concerned with minimising disruption, or perhaps protecting her from onlookers who may be unsavoury, perhaps the better response would have been to ask if she wanted the courtroom cleared of people not involved in her partner’s case?

The point is that she is not the problem. If there is a problem with how people will respond to a breastfeeding mother, they are the problem.

“There is a very active breast-feeding campaign going on in New Zealand now, and some people believe a woman should have a right to breast-feed wherever she wants, whenever she wants.

“Others might have the view that there are rooms available for people to be discrete [sic] about the need to engage in that – maybe the child would be more settled in a different environment, in a quieter environment than the public gallery of a busy district court.”

These ‘others’ can have whatever view they like, but the point of feminism is that women should be able to make their own choices, just like men. If this woman felt she needed to be in court while her partner appeared, who is anyone else to say that she should not be allowed to stay purely because she’s feeding? Or where does it stop? Maybe she should just stay home all day?

Breastfeeding is not just a natural human behaviour, it’s one of the most natural, primal, mammalian things we do. For a woman who is willing and able to feed her infant, it’s also healthy and socially valuable.

People only think breastfeeding in public is inappropriate if they are categorising breasts as sexual parts of the body. Actually, their primary purpose is to feed children. Truly.

To say that women should avoid feeding their children in case they inflame the passions of onlookers is on the same continuum as the argument for the burqa. In each case, women (and in the case of breastfeeding, children of both sexes) are to bear the burden of restricted freedom for the sake of other people (mostly men).

So, Judge Philips, I make no assumption about what you thought the problem was on Wednesday.

I respectfully invite you to support the good health of your community – and voluntarily abide by the law to which you are exempt – by a change of approach.

When you next see a woman in a stressful court situation, looking after a fussing baby and deciding to nourish it by breastfeeding, I suggest one of two responses. Either quietly ignore what’s going on, or give her a medal.

0 comments on “Why the Judge was Wrong”