Four Things I Choose Not to Have Time For

Nicholas said to me in 2005, using his sharply-tuned crap-o-meter, that saying ‘I don’t have time for that’ is, consciously or otherwise, code for ‘I don’t want to do it.’

I’ve been hyperaware of the phrase ever since. I think I’d just told him I didn’t have time for getting back into yoga. Oops.

Clearly, we all have the same amount of time, and with varying degrees of freedom of choice, education and opportunity, we allocate our 24 hours a day to the things we prioritise. 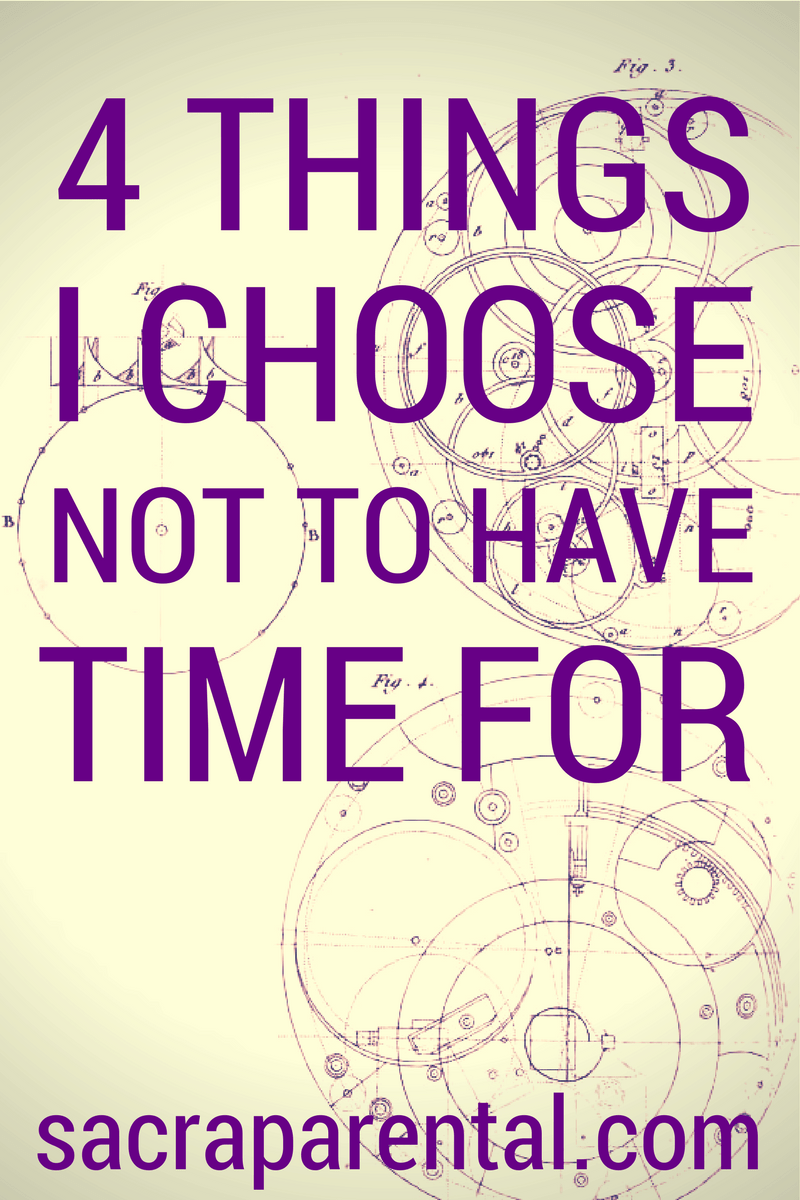 People who ‘don’t have time for’ piano practice, fitness, Facebook, cooking or reading just have other things they’d rather do – which is fine. There’s no law about piano practice (now that I’ve left home).

Since Nicholas’ incisive comment I’ve felt liberated! I don’t have to pretend my time is out of my control.

I’m not going to mow the flippin lawns. Ever! It’s not that I really want to but am not getting around to it. I choose not to have time for lawns.

So, in this spirit of intoxicating freedom, here are four things I don’t have time for. And probably never will.

I don’t have time for ironing.

It’s amazing how few clothes really need it (and how you can dress for a professional job without buying the ones that do).

Certain people in my household will look even less crumpled when I finally enact my Mum’s trick of hanging up business shirts on coathangers to dry. But all shirts look equally smooth after a couple of hours of wearing them anyway, right?

Well, no, they don’t. But my husband and I still prefer to remove the task of ironing from our radar entirely and put up with the odd cheeky comment about creased collars. 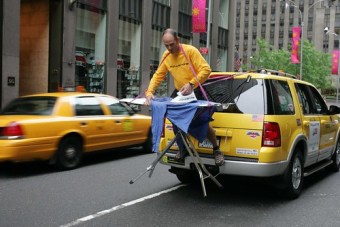 Just to be clear, this is about not caring about ironing and not enjoying it enough to bother. If you love it, be my guest! My friend Clare loves ironing. Loves it! So, not surprisingly, she makes time to enjoy it on a Sunday night. Which is of course just fine by me. If she lived closer I might take up wearing clothes that need ironing.

This is my list, not yours, and I’m not anti-ironing for anyone else. Unless you hate it. In which case: embrace the freedom of ‘not having time for’ ironing!

I don’t have time to mow the lawns.

Early in our marriage we decided that neither of us particularly enjoyed mowing lawns. And both of us had lots of things we wanted to spend more time on.

So we prioritised $37 every two weeks in summer or three in winter to pay someone else to mow our lawns. Money well spent – though I appreciate not everyone has the financial flexibility for that course of action.

We’re currently wondering about buying our first home, and choosing one that has, shall we say, an appropriate amount of lawn for our lifestyle, is on the wish-list.

I don’t have time for television.

Not entirely true: I do watch dvds in box-set bursts, and the odd show on demand. I guess I don’t have time for ads (New Zealand doesn’t have any commercial-free channels, sob!), or for having to watch something when the network wants me to.

This is a bit different from the ironing and lawnmowing. Television, and the next heading too, are things that I enjoy but have decided aren’t the best use of my time. If I watched tv, there would be a lot more things that ‘I wouldn’t have time for.’ I can capture more time for, say, blogging and making pudding if I get tv to walk the plank.

And, wow, the time you save to use on something else when there’s no tv in the house! The average Kiwi watches over four hours a day. Which is enough to build a few Wikipedias between us each year.

If you would appreciate some entertaining inspiration on this front, have a look at a couple of videos (irony noted): Annie Leonard‘s The Story of Stuff and Clay Shirky’s Gin, Television and the Cognitive Surplus (written version here). This is a teaser for a future blog post series, I suspect.

I don’t have time to be a control freak.

Also not entirely true. Shall we call this aspirational?

It’s something my husband and I do for the sake of efficiency, but it can be adapted by people in other living situations, particularly flatmates and good long-term friends.

Inspired by the joking of our marriage mentors, who later became SBJ’s godparents, we have adopted an HOH portfolio system. There are a bunch of things in our life that we assign a Head of Household to, cutting our respective home admin loads significantly.

I am Head of Nutrition, which means that my husband doesn’t need to think too hard about whether we should put wholegrain oats in the muesli or which brand of chopped tomatoes to buy. I also get to be in charge of how much junk food is in the cupboard. (You may see a flaw in this plan, but stay with me.) 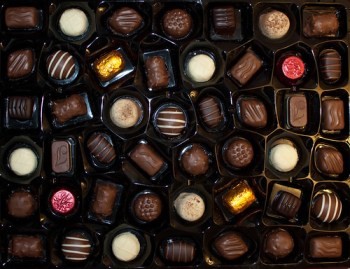 He is Head of Technology. This isn’t a gender thing. I have lots of opinions about whether we should buy a new stereo (my 1997 Sony GR7 is still going strong, thank you very much!), what operating system to put on the computer and how to organise backing up the three thousand photos of our baby (not kidding). But in the interest of ‘saving time’ I choose to cede control over this stuff and leave it to him.

I still need to learn how to use the remotes, and I don’t want to be lost if he goes away for a week, but I also don’t need to duplicate all the time he is already spending on considering all of that stuff.

Sadly, the HOH system depends on what we are interested in and is therefore not comprehensive. We have no HOH Finance (our bank accounts are still only partially merged after three years of marriage, purely because of inertia) and no HOH Gardening, though I would love (someone else) to do that.

If anyone out there wants a portfolio, let me know, ok?

So that’s four things I don’t have time for right now.

I imagine there will be more things on this list, or different things, as SBJ gets older. Frequent chauffeuring to extra-curricular activities might make it on, though I benefited greatly from my parents’ investment in that myself, so we’ll see.

What most-hated task could you move from the guilt list to a taste of freedom?

What have you decided not to have time for? What do you make time for instead?

I’m very keen to hear what else I can forget about. Inspire us with your prioritising, please!

Please consider this a warm invitation to follow me on Facebook for daily links, resources and Sacraparentalish tidbits, on Pinterest for link-plantations (including this Change the World board) and on Twitter for a range of ranting.