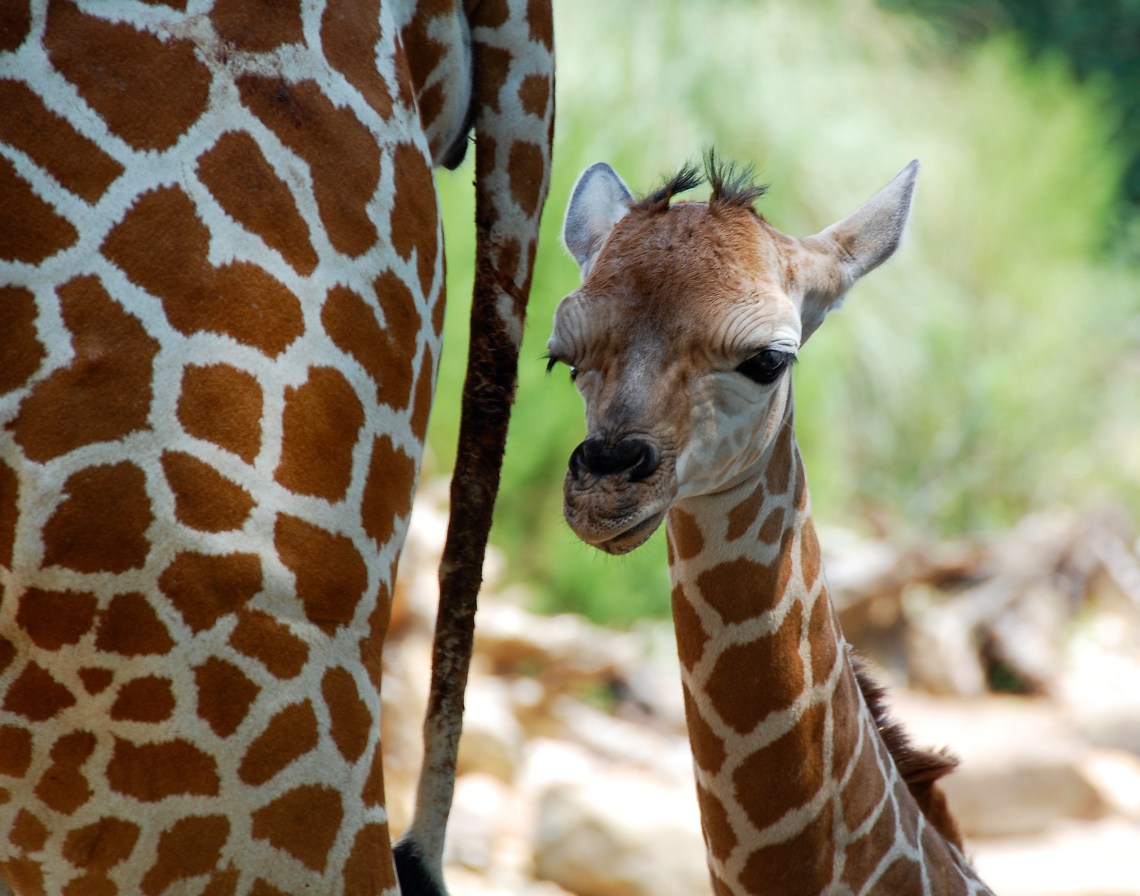 Before we get to the hard stuff, take a moment to enjoy a baby giraffe. This is baby Willow, apparently (Photo credit: Wikipedia)

There’s too much bad news in the world. And there’s more than there used to be.

Go to your usual media source of news and count: how many bad news stories in the top ten? There’s a lot to choose from.

There are currently a dozen or so major wars in the world. Whenever you read this, there’s bound to be a famine somewhere, probably made as much by corruption as weather. If there has been a violent death or sexual assault recently in your area, it will be made known to as many people as possible.

Here’s my pet theory. I think that we are not built to cope easily with this load of bad news. In tribal or village life, how much bad news could one person come across in, say, a month? Or a lifetime?

It’s not just the spread of mass media. From phones to facebook, communicating with our friends and family is so much easier now that we are simply acquainted with more people, and better, than ever before.

One of my good friends at high school had her second baby recently. Welcome to the world, little Julia! I’d lost touch with her mother after university and I would never have known of this new baby without reconnecting via Facebook. Or another forty babies born in the last few years. 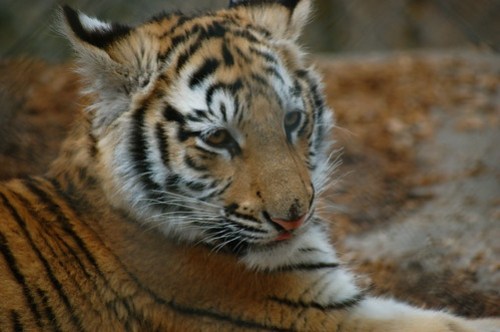 Too many bad news stories, but never too many pictures of baby tigers (Photo credit: Christopher S. Penn)

That’s awesome. It’s always good to know a baby has been born. But thanks to (my use of) social media and communication technologies, I also know about a whole lot of people suffering from depression, chronic pain, difficult relationships, financial trouble – way more sadness than I would have known existed a few decades ago.

And the cancer. I don’t know why it’s a special case, but I think a lot of you will agree that cancer is just about the worst news. Too many people I know have cancer.

Of course I realise that knowing doesn’t make it so. If I weren’t in contact, these people would still be having tough times. And now some of them might have more support than in the past. Maybe.

But just thinking about the emotional burden this new way of living brings, I worry about us. And won’t somebody please think of the children, who are hitting the ground running when it comes to the pace of information exchange. I don’t think we were built to handle all this bad news. 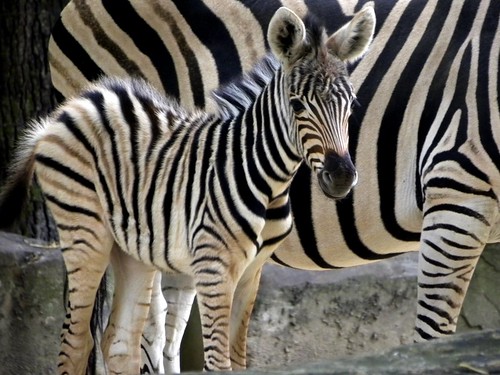 You know what else you can’t have too many of? Pictures of baby zebras (Photo credit: belgianchocolate)

I like keeping in touch with people, so I’m not ditching Facebook or email, though I am a bit more careful these days about how I structure my news feed. Setting up different friend lists has been a brilliant strategy for me to order my brain, and makes the scope and size of Facebook easier to make the most of.

But I don’t watch the news anymore. I don’t read many news stories about bad stuff. I tend to ask, of each headline: do I need to know this?

It’s important that I know a famine or a war or sad social trend is happening, I guess, so I can contribute to stopping it. But I don’t need to know very much about it for that. So I know there’s a pile of trouble in Syria, and I’ll sign an Avaaz petition and make a donation and pray, but I’m not keeping track of the daily death toll or even the names of the parties. A bit like Sherlock Holmes trying to forget Copernican astronomy so he didn’t overload his brain with ‘useless’ information, I just don’t need to know the details. 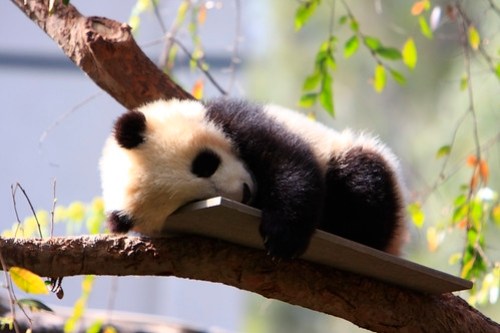 How about for every bad news story we read or hear, we look at a picture of a baby panda? (Photo credit: fortherock)

I remember learning in my intro to criminology course at uni that the public tends to perceive that there is way more crime than there is.

For instance, I have a longstanding, almost subconscious belief that I will be unsafe walking anywhere alone late at night. I realised when living in a smallish town that probably there had never, ever been a stranger assault on a street near me, so why was I fearful? Because I’ve spent too much time reading the news from places I don’t live, hearing about people I don’t know having terrible experiences.

So what do we do? I don’t want any less openness from my friends and acquaintances about what is hard in their lives, so I’m going with less bad news about people I don’t know, if I can’t do anything about it. It’s all about being selective with the news media for me.

I’m a voter, a consumer and a person with a loud voice, so I still want to be informed about politics, business and social issues, so I can influence them in my small ways. But crime and gossip are hardly ever relevant to my life. What percentage of a newspaper’s stories fall into those two categories, do you think?

Over to you. How do you cope with the onslaught of bad news? Do you feel like you know more people than you used to, for good and ill? Where is a good place to draw the line for you? What about your kids if you have any?

0 comments on “Want the Bad News?”