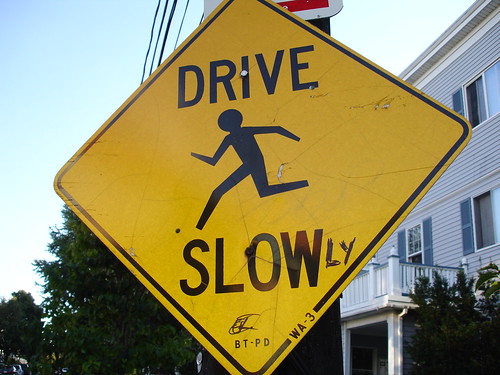 I used to teach a course in legal writing that was famed for its pedantry (not thanks to me – on that occasion I didn’t make the rules).

There was half a mark off for every error of any kind – punctuation, spelling, citation, style, everything. Before the first ‘opinion’ (the main kind of assignment at law school, an essay where you apply the law to a hypothetical situation) was due I would warn my students that the marking would be really tough and they should be very careful – after all, their wills and contracts in real life would need to be tightly written.

They would all swagger confidently into the first opinion figuring that since they were good enough to get into second-year law, they’d be sweet in this class. When they all got Cs, they were a bit more sober and ready to listen to all my tips and tricks.

As well as mastering the 150-page law school style guide (I kid you not), my teaching at this point included grammar refreshers (they hung on every word of my apostrophe lesson once the vast majority of them had been caught with errors). And the most popular content was what I thought I’d share today: tips for using English well and correctly with the kind of stuff you might not have learnt at school but will need when lots of smart lawyers and judges are listening to you.

I don’t mean big words or snooty phrases. Law schools these days emphasise ‘plain English‘ and I gave as many marks off for overcomplicated sentences as I did for misusing semi-colons.

What I’ve got for you today are things that are common errors in formal English. I don’t care at all myself if you make these errors, especially in conversation. And some of them are so widely made that you could argue they are now correct, and that’s fine by me.

But there will always be people you’re talking to, maybe in job interviews, or in the workplace or in formal writing, who do care about some of these things. So if it would be helpful to you, or your older kids, to be able to get your meaning across in any company at all, then some of these could be handy to know.

There are plenty of other posts to look at if this is boring you to death already, though

Check out the Sacraparental Top Ten for starters!

If you want to brush up on some very common questions, that’s not what this post is about, but you might like to check out other sites:

And a disclaimer: I’m not claiming to be the grammar police or a grammar expert. After all, I was brought up in the no-grammar-teaching era of state schooling! This is just stuff I’ve picked up along the way…

Imply and infer mean quite different things. They are two views of one action.

You know how one person lends a basketball and the other person borrows it? One action is happening, but each party gets a different word. Same thing with imply and infer.

Imply means what you think it means. The person talking will imply that they can be bribed with chocolate – they hint at it but don’t quite say it. The person listening, if they’re good at hearing between the lines, will infer, or pick up, the message about chocolate.

Enormity isn’t about size, but about how terrible something is:

When my brother ate my last piece of chocolate, I was struck by the enormity of the loss.

People use enormity when they mean hugeness so often that it has come to sort of mean that, too, but it definitely also means that something is awful.

Literally means that something actually happened, exactly the way I’m describing it, and I’m not exaggerating or using a figure of speech.

If I went camping, washed SBJ in a portable baby bath and made a terrible mistake when emptying the water from the tub, I might say in horror that I had literally thrown the baby out with the bathwater. I’d be saying, ‘I know that’s usually just a figure of speech, but this time I actually did it!’

The common error is to say literally when we just want to say something was really striking or extreme.

If a diet advocates cutting all sugar out, including fruit and vegetables, we might (wrongly) exclaim that ‘this quack is literally throwing the baby out with the bathwater!’ meaning that if we followed the diet plan we’d be chucking out good stuff (apples and carrots) as well as bad stuff (lollies and cake). But the diet has nothing to do with actual babies or actual baths, so literally isn’t the word to use.

In British English (which we usually follow in New Zealand on matters of spelling), practice is a noun and practise is a verb. It’s as simple as that, though I can’t give you a clever trick to remember it.

So we go to hockey practice, we have spiritual practices, and we visit the GP practice. And we practise piano, we try to practise what we preach and we sometimes become quite practised liars.

If you’re bored or don’t care about a subject, then you’re uninterested in it.

If you are a judge or board member making a decision, and you are free from bias, then you are disinterested, as in, you don’t have a personal interest in having the outcome go one way or the other.

Generally, a person is discreet, or tactful, and information is discrete, or discontinuous, separate. If you’re not sure of both words, you will probably be using the first one most.

Just one plain spelling error in today’s guide. This is one of the most commonly misspelt words (it doesn’t have an a in it), among people who are otherwise good spellers.

This is tricky because of how the word read works. The problem is that lead has a different pattern.

Today I’ll read the book I read yesterday (the past tense sounds different but is spelt the same).

Today I’ll lead the group I led yesterday (the past tense sounds different and it is spelt differently too).

It’s also tricky because the lead of a pencil sounds the same as led. Sorry about that.

Here’s one I do have a cheesy mnemonic for so you can remember the difference (I heard it from our school principal): The Principal is your Pal!

A principle is something you believe in and try to live by: it’s the principle of the thing!

Principal, as an adjective (a describing word), means main: my principal priority for the holidays is to eat lots of chocolate.

A compliment is the nice thing you say to your girlfriend’s mother.

Something free is complimentary because it comes with the compliments of the business.

That’s it from me!

Now, applying our general principles of generosity and kindness and civility, do feel free to add your own tips. Not complaints or smirks (I’ll delete them, ok?), just helpful things you can pass on. Remember that this kind of formal English correctness has very little to do with how smart someone is, nor, certainly, how worthy they are of respect.

Or feel free to ask questions and someone will be bound to know an answer!

This is the geekiest of the eclectic New Year’s Guides. In fact, they’re more dominated by food, like the guides to Gorgeous New Grains and to Smoothies. Or you might like to check out the entirely different guides to Supporting New Dads or Democracy.

One more thing: you can help fund content like this by joining my Patreon team for anything from a dollar a month. Check it out here: