Let’s be generous with ourselves, too, this Lent.

Take your time over the generosity challenge. I certainly will be. It’s not only because of the time difference that I’ll be blogging through 40 Acts of Generosity without strict adherence to the day-by-day order from the United Kingdom-based 40 Acts website.

Ash Wednesday, the first day of Lent, was pretty much over in the Southern Hemisphere by the time I got my 40 Acts email with ideas for what to do on the first day of a generous Lent. But even if I’d got going on the first day’s challenge – build a generosity kit – first thing in the morning, such an undertaking takes more than a day in a household with a toddler (or at least in mine).

Stewardship UK is providing ideas, reflection and challenging prompts for 40 acts of generosity throughout Lent. Six days a week, they’ll update the blog and send out emails focusing on a different way to be generous, from offering to listen to someone, to checking how ethically or otherwise your clothing was made.

My approach, and what I invite you to do with me, is use the material as great food for thought, and pick a number (probably less than six) of challenges to try each week.  I’m aiming for one per week, and this generosity kit is where I’m starting.

The idea is to be prepared, particularly when you’re out and about, so you can act spontaneously in a generous direction. The UK material is aimed squarely at people living in urban areas with lots of people living on the streets. City Chaplain Chris Duffett, in this wee video, shows us his kit, which contains, among other things, a can of dog-food for those living rough with a canine companion, and a pair of warm socks for someone who looks cold.

When I was travelling in South Asia, trying to figure out the best compassionate response to the pervasive begging requests for baksheesh, I would buy a bunch of bananas or other peelable fruit whenever I went out, and give some to the first people who asked.

In the rich part of Dhaka, at a huge traffic intersection, most of the kids begging, we were told, were syndicated, handing over their winnings to organised adults in dubious circumstances. The bananas went so fast among those children. Word spread in minutes and the swarm of smiley, hungry-looking kids was such that I went and bought more.

This approach has its limitations in Wellington. There are many fewer homeless people here than in other cities overseas (somewhere around 50-200 people at any one time are technically ‘homeless’ here), and we have a universal social security safety net that means no one should be without money for accommodation. There is a handful of people begging on the street on any given day, something that was extremely rare when I last lived here. There are several emergency accommodation organisations in the city, though demand for longer term social housing for those with complex needs currently outstrips supply.

We encountered one of these men a few weeks ago thanks to my friendly toddler. This man was sitting behind a sign that said:

I hate doing this. I do it because I have no other way to survive.

Beside him on the ground was a delicious-looking Braeburn apple, which SBJ spotted. He headed away from his beloved bucket fountain and straight to the man. He pointed at the apple and looked pleadingly up at me. I was very impressed that he didn’t just swipe it!

The guy (I won’t name him) said, ‘He can have it if he wants.’ I didn’t at all mind having a conversation with a begging man, but I was pretty uncomfortable that my son was trying to take food from him!

I demurred and we got talking, while SBJ distracted himself with trying to make friends with the pigeons. This man told me he had a son with the same name, and we went from there.

When the pigeons proved unfriendly, SBJ came back and again looked longingly at the apple. Our new friend said ‘Honestly, he can have it. My teeth are buggered.’ I guess a good citizen had decided to give him an apple rather than money, though perhaps without asking whether it was wanted.

SBJ got his apple, which he treasured and nibbled, without dropping it once, for the next two hours. His kleptomania has reached new heights: taking fruit from someone begging. 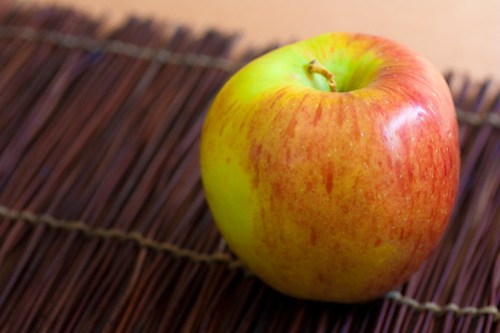 Many of the people in Wellington – and in fact, on our street – who beg are struggling with living independently because of mental health trouble, including addictions. I am at best ambivalent about giving cash to someone who has access to social security funds for living costs, and may spend it on substance abuse.

On the other hand, withholding cash on that basis assumes things I don’t know about each person, and, even if I’m justified in my suspicions (as with a bleary-eyed young man who approached me the other day with a comically ever-changing story about ‘bus money’), refusing to give them money does little or nothing to solve their addiction or other problems.

Last night, as part of my 40 Acts practice, I did some more research on homelessness in Wellington and the ways we can help. Since we moved to the central city, where some of our neighbours are so marginalised that they beg, I have wondered about donating or volunteering at the nearby Night Shelter, or one of the other community organisations (perhaps the Suzanne Aubert Soup Kitchen or Methodist-based Downtown Community Ministries) that serves the homeless or at-risk population. I’d like to ask someone working at one of them what they recommend as a compassionate and helpful response to begging in Wellington.

I do already have one thing sorted in my head: I am conscious when encountering someone begging on the street that he is a human being, made in the image of God, and not to be treated as invisible because I am embarrassed. It’s not easy, and would be harder for a full-time introvert, but I now know the names of several regulars on our street because I have had normal-person conversations with them, and I try to offer a smile at the very least to the others.

Michelangelo’s The Creation of Adam

One thing stuck in my head as I was half-awake last night. The 40 Acts blog mentioned coffee vouchers as an idea for your generosity kit. I wonder about seeing if any of my local cafés or fruiterers would sell me some $5 vouchers that I could give. Our friend could have chosen some fruit his teeth could cope with better than an apple, and I’d know that I was giving him something useful in a way that preserved some of his autonomy and dignity.

We use our local shops and cafés often enough that they might even be willing to do a custom system for me. Maybe I could give them an envelope of $5 notes and produce my own notes to give to people I meet, giving them some other resource information as well as the invitation to have a coffee or sandwich on me at Midnight Espresso.

Midnight Espresso, where SBJ tries to join the kitchen staff every time we go there.

A $5 coffee voucher would also be great to be able to slip into someone’s hand for other reasons during the day, and something I could afford to do daily, especially if I spent less time and money on my own café dining!

Wouldn’t it be great to have a stash of them in my wallet, and give one to a mum with a tantruming toddler, or a harried-looking shop worker? It’s also the kind of thing, while actually very cheap and easy, that is unusual ‘in this day and age’ and would make a lovely impact on someone – you’d be telling your friends about it for days, wouldn’t you, if someone did it for you?

This is why I’m doing one action a week – this generosity kit is going to take a while to sort out. I’ve got a phone call to make to the Night Shelter for their advice, and some conversations to have with local businesses about voucher options. If I take this slowly and do it properly, rather than trying to tick off each day’s challenge in a slap-dash manner, it will last me well beyond Lent, as a lifetime practice, which is of course the point.

What about you guys? I know that at least Anna S’s homegroup and Ben’s youth group are considering doing 40 Acts of Generosity, along with a few individuals who are Sacraparental regulars. Please identify yourself and let us know how it’s going, if you’re one of them!

I know many of you who live in big cities, or who have travelled in poor places, will have thought about a good response to begging and homelessness. Please share your thoughts and questions and the things you have tried or seen.

10 comments on “A Generous Lent, Act 1: Build a Generosity Kit”