Not Only A Father #1: What’s Wrong with this Picture? [Guest]

Introducing Dr Tim Bulkeley, who taught me everything I know about the Old Testament! 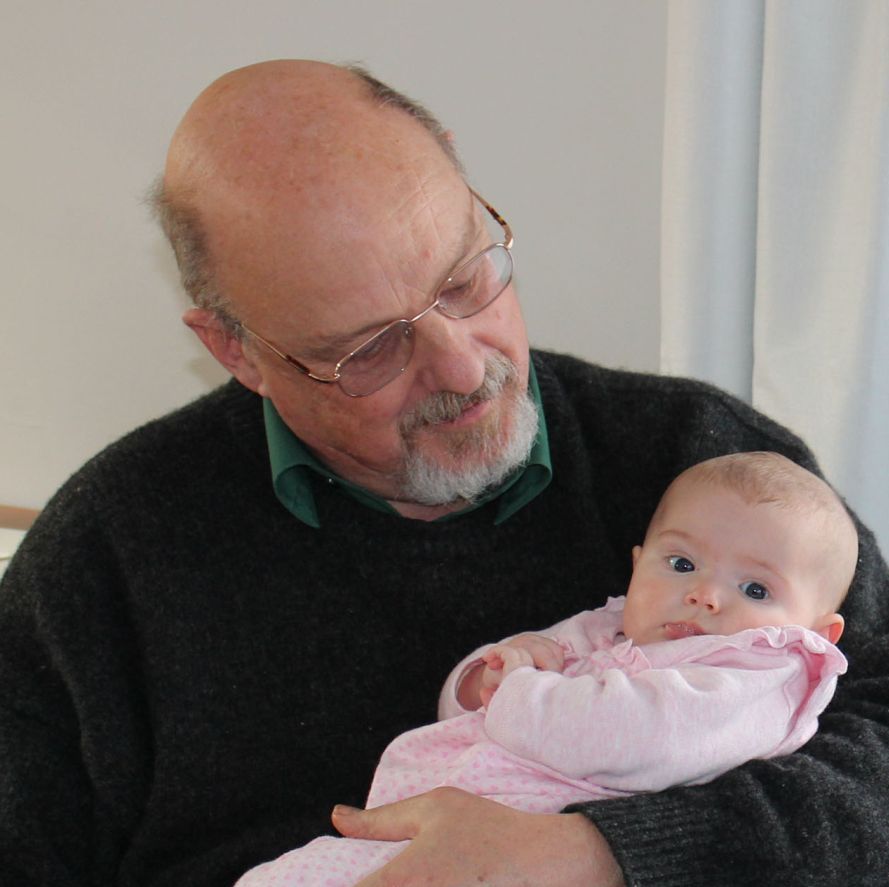 Tim has been a social worker in Belfast during ‘The Troubles’, Father Christmas in a department store, pastor of a Baptist church, missionary in darkest Africa, refugee for a couple of days, Bible teacher in universities and seminaries in five countries (at Carey Baptist College for the longest period). He and Barbara have four grown-up children and Tim is now house-husband and stockman on their lifestyle block in the hills, where he makes his own cheese and beer. He has a homepage listing some of the other stuff he does.

Thalia invited me to write guest posts presenting my book Not Only a Father (as well as the paperback there is an online version a which enables discussion of the content). The book argues that Christian spirituality and theology are strengthened when we speak of God using motherly language and imagery alongside fatherly pictures. Here I’ll present some of the key ideas in a shorter form. Thank you, Thalia, for this opportunity 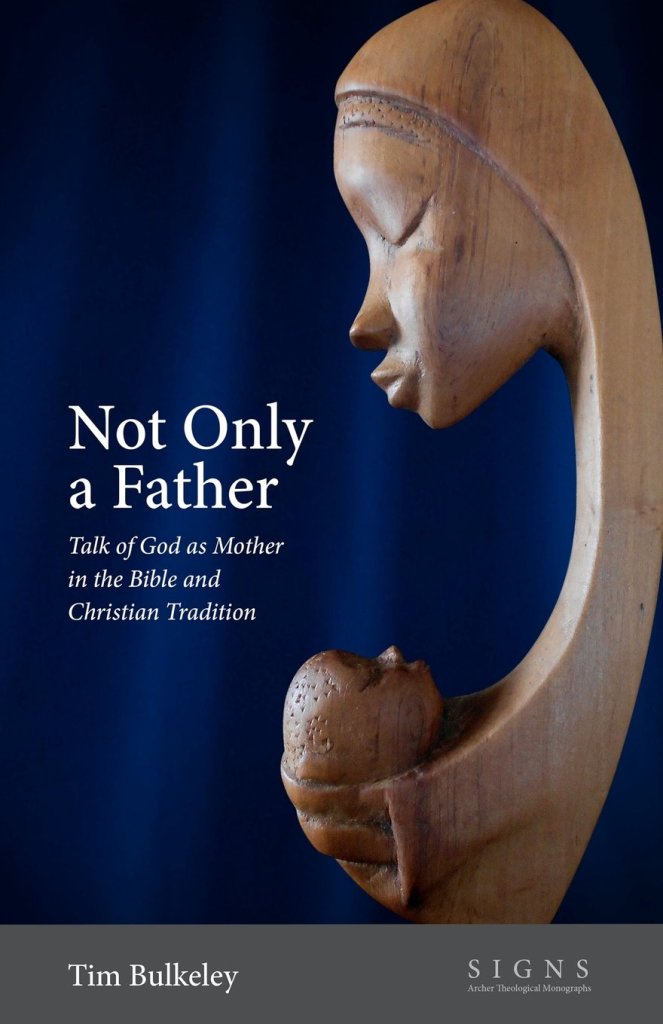 Why talking of God as motherly matters: anthropological and theological reasons

Let’s start with a basic assumption of Christianity, that the One True God is beyond human understanding. God is beyond all talk, pictures and even thought. Anything less is merely a god, an object within the sphere of human thinking and understanding, even invention.

Yet, we need to talk about and to God. So, we need to ‘imagine the person on the other end of the telephone.’ Word pictures help. Before Jesus’ time Jewish people had stopped calling God by name (Yahweh) but substituted ‘lord.’ This is still one of the commonest word pictures for God. God is the boss, the lord or king. Because Jesus often called God ‘Father,’ or ‘my father,’ this is also a very common word picture (for more on this wait for post 3 in this series, or see the section Jesus Called God Father in the book).

It’s worth asking ourselves about our favourite word pictures, and examining how they limit our thinking about God. 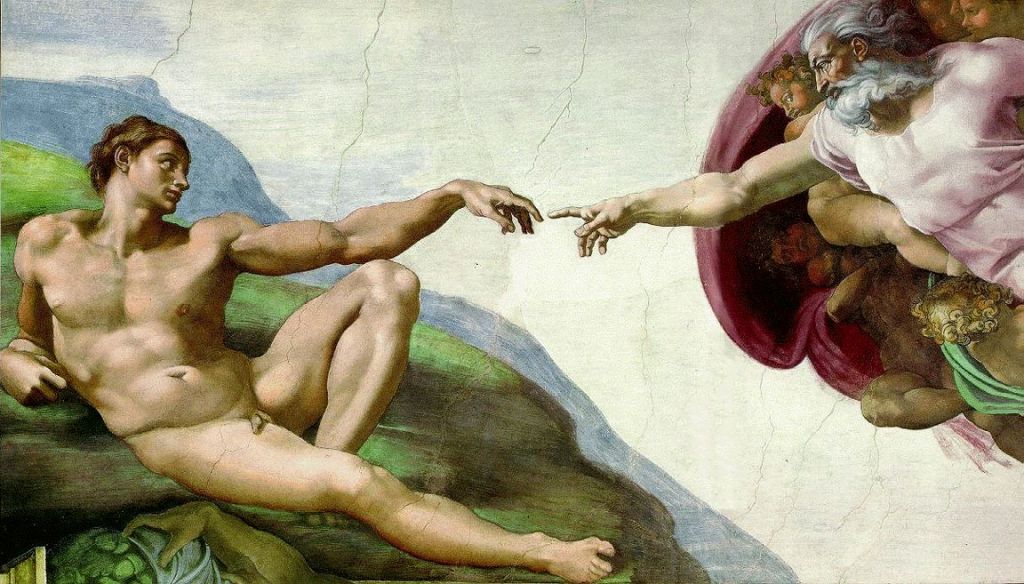 What’s wrong with this picture?

Most of us ‘know’ (with our heads) that images of God as an old (or at least mature) man with a white beard are not ‘true.’ Yet the wording of our prayers and sermons often conjures Ian McKellen’s Gandalf or Michelangelo’s God rather than any less gendered or aged image. Our talk makes those of us who are theologically literate incoherent. We believe with our heads that God is beyond gender, but our ears or lips tell us ‘he’ is male.

There’s a problem using ‘he’ for God: it sounds male. But what alternatives are there? I’ll use ‘he’ (with the scare quotes). What works for you?

It can be worse! If our human father was a less than stellar example, calling God father (but not mother) risks a warped view of God. Sue, for example, finds it difficult to believe that God loves her despite her failings. She tries, but can’t achieve the standards she believes God requires. Jesus’ parable of the Lost Son (Luke 15:11ff.) gives a different picture of God as father, but although Sue knows this story, her human father ‘gets in the way’ and she loses the experience. (On this parable see Not Only a Father section 3.2.)

Michelangelo’s God is male. Some Christians argue from the supposed ‘maleness’ of God (often nuancing their language in sophisticated ways) to the inability of women to properly represent God.

CS Lewis was a surprising example of this move:

Why should a woman not in this sense represent God? Certainly not because she is necessarily, or even probably, less holy or less charitable or stupider than a man. In that sense she may be as God-like as a man; and a given woman much more so than a given man. The sense in which she cannot represent God will perhaps be plainer if we look at the thing the other way round.

Suppose the reformer stops saying that a good woman may be like God and begins saying that God is like a good woman. Suppose he says that we might just as well pray to Our Mother which art in heaven as to Our Father. Suppose he suggests that the Incarnation might just as well have taken a female as a male form, and the Second Person of the Trinity be as well called the Daughter as the Son. Suppose, finally, that the mystical marriage were reversed, that the Church were the Bridegroom and Christ the Bride.

As always, Lewis makes his point with admirable clarity. He is also aware that language shapes our thought. Yet, he is not faithful to an important Scripture passage here.

Thinking in pictures is dangerous. All picture thought illuminates some aspects of truth but ignores others. But if God (the one true God) transcends our categories and pictures then we are left with little to say. Some atheist thinkers, as well as many believers, take the pictures too seriously. The god they talk about is the sort of superpower that the ancient gods represented, Zeus or Baal throwing thunderbolts around, strong but limited by the human capacity to picture them. We need pictures as we try to ‘eff the ineffable’, but they are dangerous, and never tell the whole story. (See Not Only a Father 1. Talking Pictures) 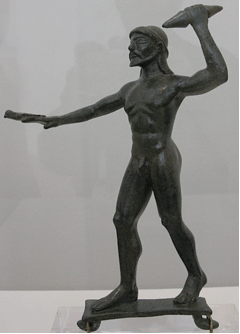 In this series I’ll be suggesting that if we use motherly pictures (alongside fatherly ones) as we think and speak about the Christian God we will be distorting God less.

What pictures have been useful or unhelpful in your own experience of God? Do you tend to think of God as particularly masculine or feminine, and does that tendency match your intellectual understanding of God’s nature?