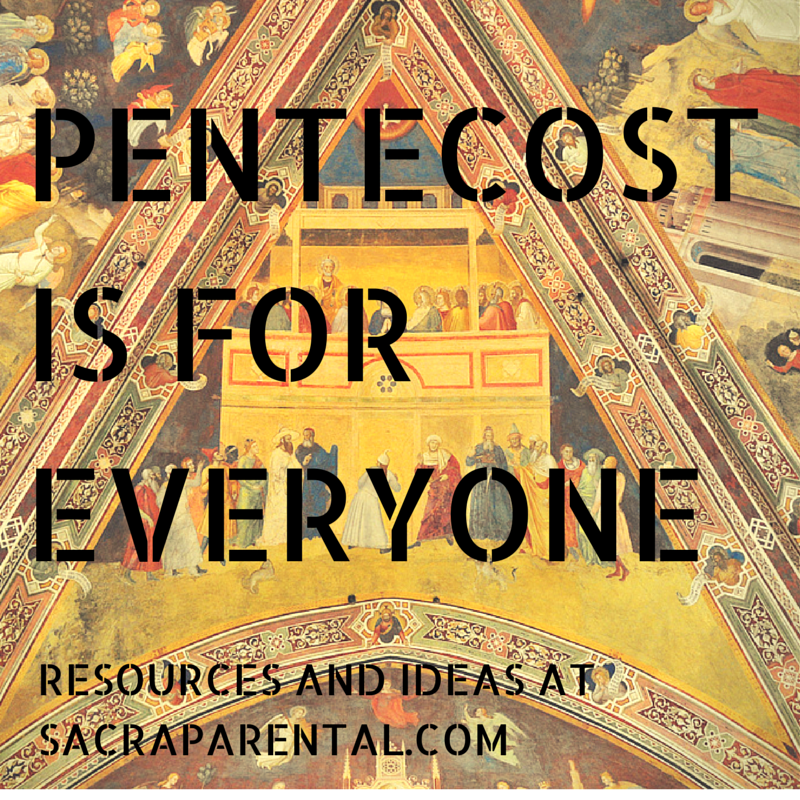 Lord, Holy Spirit,
You blow like the wind in a thousand paddocks,
Inside and outside the fences,
You blow where you wish to blow.

A superawesome cartoon activity sheet and a poem from a wild, long-haired Catholic pilgrim, James K Baxter. That’s something for everyone, right? I’ll even throw in a link to some flax paper banners you will want to marvel at.

This Sunday is Pentecost, fifty days (inclusive) from Easter Sunday. It’s the anniversary of what happened fifty days after Jesus was resurrected, among his followers and a few thousand others from out of town.

It’s one of the most exhilarating passages of the New Testament. There’s fire, there’s a ruckus, there’s controversy, there’s harmony. So I’m going to reproduce all of chapter two of Acts here, in The Message translation (by scholar, poet and pastor Eugene Peterson), followed by James K Baxter‘s Song to the Holy Spirit.

At the bottom of the post is a fabulous playsheet for kids and adults to work on together to go through the story.

One famous part of the story is when Peter tells the crowd what’s going on, quoting from the prophet Joel:

[Read more below, or at BibleGateway.]

Pentecost is probably the most thematically rich day of the church year. You could focus on the drama of God’s Spirit entering thousands of people at once. You could immerse yourself in the imagery of wind or fire. You could hear Acts 2 read in as many languages as are spoken in your circle or church or household. You could think and talk about unity or diversity or equality or mission or new beginnings or fulfilment or joy or boundary-breaking. You could throw a birthday party for the Church, which was born on that first Pentecost day. There could be balloons or sparklers (one of the best church services I’ve ever curated) or popcorn (Mark Pierson’s favourite).

You could definitely focus on how every kind of person can reach the Mighty God of the Universe through God’s Holy Spirit. That’s a key message of Acts 2, and it’s demonstrated in different layers when communities get together and include everyone.

So here, I hope, is something for everyone. A big chunk of Scripture, some hard-hitting poetry, and the opportunity to get out the coloured pencils. Happy Pentecost, everyone!

1-4 When the Feast of Pentecost came, they were all together in one place. Without warning there was a sound like a strong wind, gale force—no one could tell where it came from. It filled the whole building. Then, like a wildfire, the Holy Spirit spread through their ranks, and they started speaking in a number of different languages as the Spirit prompted them.

5-11 There were many Jews staying in Jerusalem just then, devout pilgrims from all over the world. When they heard the sound, they came on the run. Then when they heard, one after another, their own mother tongues being spoken, they were thunderstruck. They couldn’t for the life of them figure out what was going on, and kept saying, “Aren’t these all Galileans? How come we’re hearing them talk in our various mother tongues?

Parthians, Medes, and Elamites;
Visitors from Mesopotamia, Judea, and Cappadocia,
Pontus and Asia, Phrygia and Pamphylia,
Egypt and the parts of Libya belonging to Cyrene;
Immigrants from Rome, both Jews and proselytes;
Even Cretans and Arabs!

12 Their heads were spinning; they couldn’t make head or tail of any of it. They talked back and forth, confused: “What’s going on here?”

14-21 That’s when Peter stood up and, backed by the other eleven, spoke out with bold urgency: “Fellow Jews, all of you who are visiting Jerusalem, listen carefully and get this story straight. These people aren’t drunk as some of you suspect. They haven’t had time to get drunk—it’s only nine o’clock in the morning. This is what the prophet Joel announced would happen:

“In the Last Days,” God says,
“I will pour out my Spirit
on every kind of people:
Your sons will prophesy,
also your daughters;
Your young men will see visions,
your old men dream dreams.
When the time comes,
I’ll pour out my Spirit
On those who serve me, men and women both,
and they’ll prophesy.
I’ll set wonders in the sky above
and signs on the earth below,
Blood and fire and billowing smoke,
the sun turning black and the moon blood-red,
Before the Day of the Lord arrives,
the Day tremendous and marvelous;
And whoever calls out for help
to me, God, will be saved.”

22-28 “Fellow Israelites, listen carefully to these words: Jesus the Nazarene, a man thoroughly accredited by God to you—the miracles and wonders and signs that God did through him are common knowledge—this Jesus, following the deliberate and well-thought-out plan of God, was betrayed by men who took the law into their own hands, and was handed over to you. And you pinned him to a cross and killed him. But God untied the death ropes and raised him up. Death was no match for him. David said it all:

I saw God before me for all time.
Nothing can shake me; he’s right by my side.
I’m glad from the inside out, ecstatic;
I’ve pitched my tent in the land of hope.
I know you’ll never dump me in Hades;
I’ll never even smell the stench of death.
You’ve got my feet on the life-path,
with your face shining sun-joy all around.

29-36 “Dear friends, let me be completely frank with you. Our ancestor David is dead and buried—his tomb is in plain sight today. But being also a prophet and knowing that God had solemnly sworn that a descendant of his would rule his kingdom, seeing far ahead, he talked of the resurrection of the Messiah—‘no trip to Hades, no stench of death.’ This Jesus, God raised up. And every one of us here is a witness to it. Then, raised to the heights at the right hand of God and receiving the promise of the Holy Spirit from the Father, he poured out the Spirit he had just received. That is what you see and hear. For David himself did not ascend to heaven, but he did say,

God said to my Master, “Sit at my right hand
Until I make your enemies a stool for resting your feet.”
“All Israel, then, know this: There’s no longer room for doubt—God made him Master and Messiah, this Jesus whom you killed on a cross.”

37 Cut to the quick, those who were there listening asked Peter and the other apostles, “Brothers! Brothers! So now what do we do?”

38-39 Peter said, “Change your life. Turn to God and be baptized, each of you, in the name of Jesus Christ, so your sins are forgiven. Receive the gift of the Holy Spirit. The promise is targeted to you and your children, but also to all who are far away—whomever, in fact, our Master God invites.”

40 He went on in this vein for a long time, urging them over and over, “Get out while you can; get out of this sick and stupid culture!”

41-42 That day about three thousand took him at his word, were baptized and were signed up. They committed themselves to the teaching of the apostles, the life together, the common meal, and the prayers.

43-45 Everyone around was in awe—all those wonders and signs done through the apostles! And all the believers lived in a wonderful harmony, holding everything in common. They sold whatever they owned and pooled their resources so that each person’s need was met.

46-47 They followed a daily discipline of worship in the Temple followed by meals at home, every meal a celebration, exuberant and joyful, as they praised God. People in general liked what they saw. Every day their number grew as God added those who were saved. 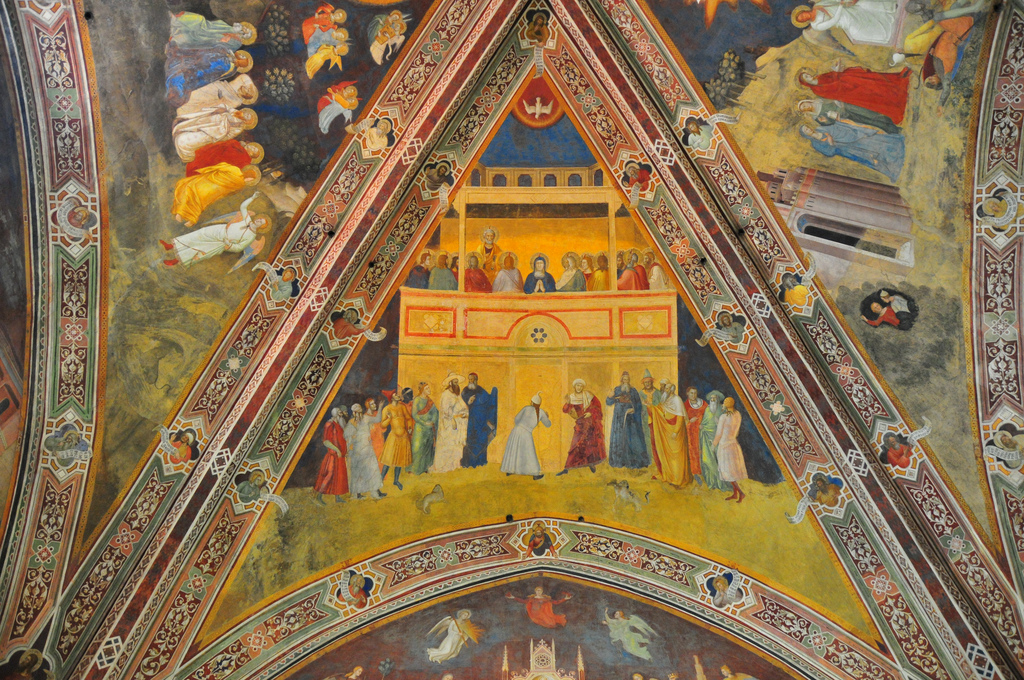 Lord, Holy Spirit,
You blow like the wind in a thousand paddocks,
Inside and outside the fences,
You blow where you wish to blow.

Lord, Holy Spirit,
You are the sun who shines on the little plant,
You warm him gently, you give him life,
You raise him up to become a tree with many leaves.

Lord, Holy Spirit,
You are as the mother eagle with her young,
Holding them in peace under your feathers.
On the highest mountain you have built your nest,
Above the valley, above the storms of the world,
Where no hunter ever comes.

Lord, Holy Spirit,
You are the bright cloud in whom we hide,
In whom we know already that the battle has been won.
You bring us to our Brother Jesus
To rest our heads upon his shoulder.

Lord, Holy Spirit,
You are the kind fire who does not cease to burn,
Consuming us with flames of love and peace,
Driving us out like sparks to set the world on fire.

Lord, Holy Spirit,
In the love of friends you are building a new house,
Heaven is with us when you are with us.
You are singing your song in the hearts of the poor.
Guide us, wound us, heal us. Bring us to the Father.

I have one more FABULOUS resource to point you to, but just before we get to it, I wanted to mention that I’ve just started a Patreon account. If you’ve found this article thoughtful and useful, and would like to support me to write more stuff like this, please head on over. You can leave your suggestions, vote for what the next article will be, and make my writing possible. Thanks!

Check out their website, especially if you have smaller people in your life. 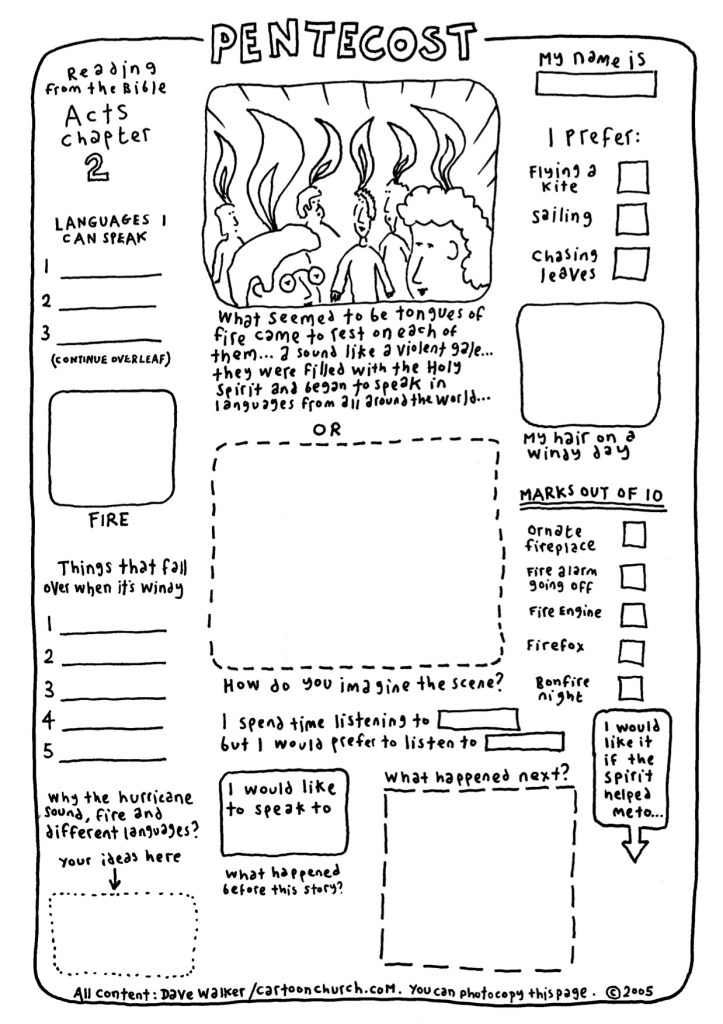 Do you have any favourite Pentecost material to share? Let us know in the comments!

And feel free to check out my Patreon!