What if Barbie dolls had the same proportions as normal women? 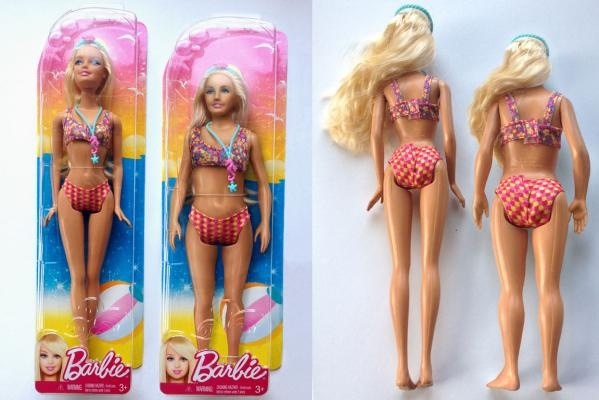 Nickolay Lamm has recreated a typical blonde Barbie, but at the average proportions of a 19-year-old American woman (he took the measurements from the Centre for Disease Control). And you know what? Real-girl Barbie looks amazing.

The project was at first an experiment to see what the difference would be, but after the toy was created Lamm discovered that the average American 19-year-old female figure looks great in plastic toy form, so then why aren’t these measurements just used by Mattel?

“A lot of people say we shouldn’t criticise Barbie because she is a toy,” Lamm explained to us. “However, if there’s a small chance that it’s negatively affecting young girls, and if normal Barbie looks awesome, why not create normal Barbie?” Touché. 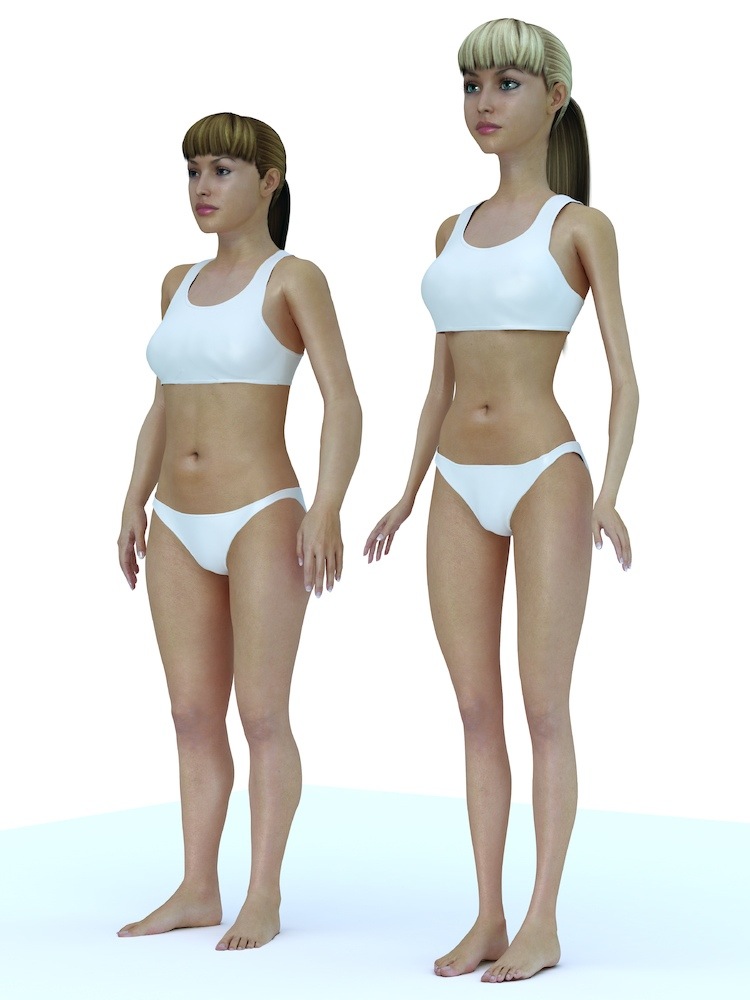 So Bad So Good similarly drew Barbie’s proportions on a model: 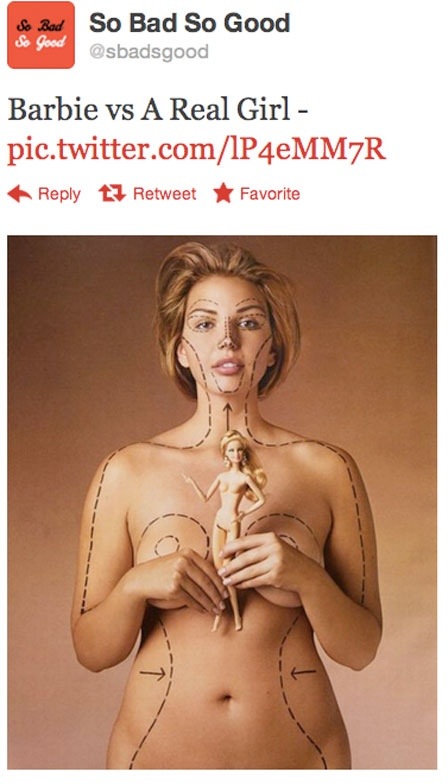 Next up, Jason Freeny tried to fit a human set of organs inside Barbie’s proportions with limited success, and the BBC did some similar research and graphic stretching in this article.

Or what if we went for some more realistic themes for Barbies? Cindy Lopez and Virginia Simons have created Sleep-Deprived Barbie, Workaholic Barbie and Winter Weight Barbie: 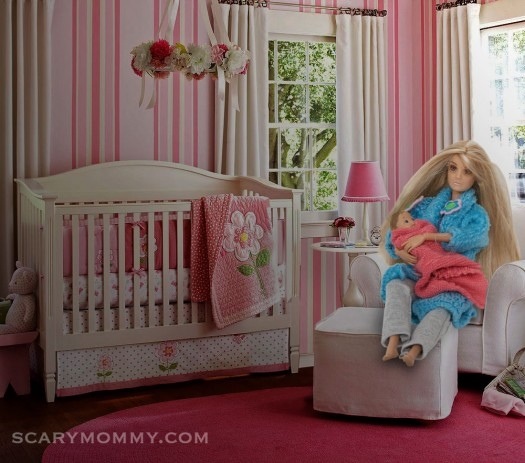 You know I’m not a fan of Barbie, and her body shape is the main reason. But many of us were fascinated by the Architect Barbie project, and I wonder if I or you would be keener on having Barbies in the house if they were proportioned like ‘normal’ human beings?