Magic Words: Have Your Taste Buds Changed Yet?

A million years or several months ago I started a ‘series’ (of one item so far…) on Magic Words, the brilliant and amazing phrases we use with kids that are particularly excellent at getting something or other across.

I have notes of a dozen Magic Words I want to write up, but to get the ball re-rolling, here’s a genius question from ‘Jane’ at Nothing By The Book.

I know it’s Magic Words material because it’s been echoing around my head all week. It sums up the kind of approach I’m keen on for SBJ and food, but whatever path you take with your kids (try just one bite/clean your plate/eat what you like) it provides a nice open-door invitation to try new things, or retry old things, without making dinner a battleground.

But, wait. There’s a caveat. Not anything all of the time. Taste buds change, see, and sometimes kids don’t have the taste buds—or have taste buds that are just too sensitive—for the food we’re offering them.

One of the things we’ve always talked about as Cinder and then Flora didn’t like something / didn’t want to try something was that “taste buds change.” (Interlude: yes, it’s possible to know you won’t like something without tasting it. I will not eat steak tartare. You cannot make me. I will not taste it. I extend the same right of total refusal to my children. If they think it looks and smells gross, that’s enough. One day, they might think differently. Until they do, I will not force them. Back to tasting change buds… er, changing taste buds:) So when my eldest went off broccoli, when I’d make broccoli, I’d ask him if his broccoli taste buds changed yet–and he’d sniff it or look at it, and say no. And then one day he said, yes, but only in soup.

Point: when introducing children to food—offer. Put on the table. Eat it yourself. Make it again. Ask if they’d like to try it. Ask if their taste buds for [X] have come yet. But never, ever force. Not even one bite.

Unless, of course, you’re willing to reciprocate? When Jocelyn is making a yummy mud pie with dirt and worms and beetle carcases, would you need to take a bite to be able to assert that you don’t like it?

[Read more at Nothing By The Book.]

If that sounds handy for your household, here’s more of Jane’s food-and-kids policy.

I like her style because something we are prioritising with SBJ is helping him to listen to himself. When it comes to food, we want him to realise when he’s hungry and full and eat accordingly. 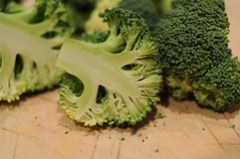 The two other jigsaw pieces that I’ve found most helpful in this puzzle of how to nourish children are from Nigel Latta, a New Zealand child psychologist who writes (etc) on parenting (etc), and an article I read in a Healthy Food Guide (a NZ magazine overseen by a board of nutritionists, dietitians and public health researchers), but of course can’t locate now.

Nigel Latta, in his appallingly-titled Politically Incorrect Parenting tells the story of a family who came to his psychology practice. I’m retelling this from memory, so don’t quote me on the details, but I think I’ve got the substance right. The mum had made the appointment because her kids refused to eat all vegetables except pea ice cream (the kids didn’t know their ‘lime’ ice cream had been doctored late at night by their desperate mother and looked pretty suspicious and aggrieved when he mentioned it in the consultation).

He said all sorts of sensible things, I’m sure, but the bit that has really stayed with me was the secret emergency advice he put in a sealed envelope for when the mother felt like giving in and providing the junk the kids would accept. When she was worried her kids would starve in the face of healthy food, she was to open the envelope and read the advice inside. It said: ‘Hungry children eat.’

The study that Healthy Food Guide was reporting – and I know it’s a bit dangerous to give you my remembered summary, so take this with a grain of salt – followed toddlers’ eating habits and observed that, left to make their own food choices from an array of healthy options, they ate an appropriately varied diet over the course of a two-week period. They might eat only tomatoes today and only bread tomorrow, but over a fortnight it all evened out. That has been helpful to keep in my head to temper the inevitable worry when SBJ wants to eat nothing but blueberries and corn crackers for days at a time.

If you’re on a roll and want some more inspiration or guidance, Healthy Food Guide has a great website, and you could start with one of these:

Back to the main point, though: what Magic Words do you use around food and mealtimes to encourage healthy eating and development? Feel free to outline your approach more generally, or just stick to any useful sentences you have heard yourself – or a friend – utter.

0 comments on “Magic Words: Have Your Taste Buds Changed Yet?”