Sometimes I think that all it would take to clarify our feelings about eating meat, and in the process begin to redeem animal agriculture, would be to simply pass a law requiring all the sheet-metal walls of all the CAFOs, and even the concrete walls of slaughterhouses, to be replaced by glass. If there’s any new right we need to establish, maybe this is the one: the right, I mean, to look. No doubt the sight of some of these places would turn many people into vegetarians. Many others would look elsewhere for their meat, to farmers willing to raise and kill their animals transparently.

In our globally-connected world of reality TV and personal revelation (like, um, blogging), it seems to me that the last bastion of openness is personal finance. Not many people know my bank balance.

Money matters aren’t private in all cultures, though. You might remember the striking scene in To Kill A Mockingbird where the wrongly-imprisoned Tom Robinson’s church takes up a collection for his family’s support.

Reverend Sykes closed his sermon. He stood beside a table in front of the pulpit and requested the morning offering, a proceeding that was strange to Jem and me. One by one, the congregation came forward and dropped nickels and dimes into a black enamelled coffee can. Jem and I followed suit, and received a soft, ‘Thank you, thank you,’ as our dimes clinked.

To our amazement, Reverend Sykes emptied the can on to the table and raked the coins into his hand. He straightened up and said, ‘This is not enough, we must have ten dollars.’

The congregation stirred. ‘You all know what it’s for – Helen can’t leave those children to work while Tom’s in jail. If everybody gives one more dime, we’ll have it—’ Reverend Sykes waved his hand and called to someone in the back of the church. ‘Alec, shut the doors. Nobody leaves here till we have ten dollars.’

Calpurnia scratched in her handbag and brought forth a battered leather coin-purse. ‘Naw Cal,’ Jem whispered, when she handed him a shiny quarter, ‘we can put ours in. Gimme your dime, Scout.’

The church was becoming stuffy, and it occurred to me that Reverend Sykes intended to sweat the amount due out of his flock. Fans crackled, feet shuffled, tobacco-chewers were in agony.

Reverend Sykes startled me by saying sternly, ‘Carlow Richardson, I haven’t seen you up this aisle yet.’

A thin man in khaki pants came up the aisle and deposited a coin. The congregation murmured approval.

Reverend Sykes then said, ‘I want all of you with no children to make a sacrifice and give one more dime apiece. Then we’ll have it.’

Slowly, painfully, the ten dollars was collected. The door was opened, and the gust of warm air revived us. Zeebo lined On Jordan’s Stormy Banks, and church was over.

As I’ve been engaged in my Pinterest-fuelled project to get my own personal consumption and possessions under control over the last year or so, some pointed photography projects have stayed in my mind.

In their 1994 project Material World, Peter Menzel and Faith d’Aluisio photographed statistically-average households around the world, with all their possessions arranged in front of their homes. I’ve often thought of what my own collection would look like, on the street in front of our (currently theoretical) house. It’s a thought experiment that keeps me (a bit more) honest in what I make space for, literally and figuratively. 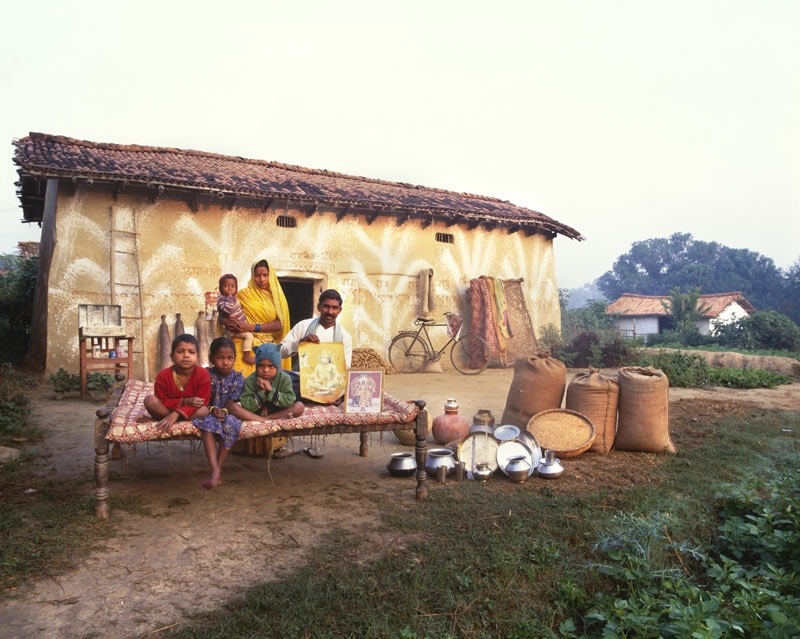 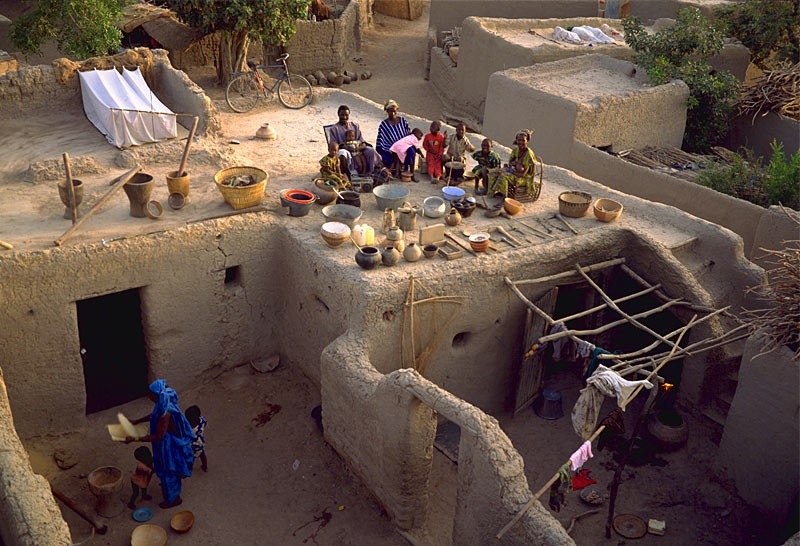 Huang Qingjun and Ma Hongjie did something similar around the diverse regions of China, and you can see a selection of their photographs in this article and some more here. Can you guess, before clicking the links, what was the one item almost every family had in common, from Tibet to Inner Mongolia?

Menzel and d’Aluisio have since followed up with Hungry Planet, picturing families and their weekly groceries. You might have seen other variations on these themes – feel free to link to them in the comments below.

I’m interested in all ways to help us consume and spend more thoughtfully, for a bunch of reasons. We can be more generous, we can shrink our ecological footprint, we can spend time on things other than cleaning and organising our stuff, we can feel more calm and peaceful with less clutter and responsibility.

If those are my aims, the idea of giving my home, and even bank statements, glass walls is a motivating (and slightly terrifying) one. Of course, anyone who comes to our place will see many of our possessions, but having them all lined up on the street would be a bit more revealing, especially if a photograph of us and our loot were shown to the other families in the Material World project.

I’m less naive about this stuff than I used to be though. As a young adult, I tried to put myself in the shoes – or the slum-shack – of the poorest, as a way of deciding whether something was a necessity or a luxury. Would someone on the streets of Kolkata be scornful of my kitchenware inventory?

Once I had spent some actual time with people in Kolkata, and read more about the history of industrialisation and the rise of the middle classes, I realised that most people in dire poverty wouldn’t scorn my professed need for not one, but two Victorinox kitchen knives, one in orange, and perhaps one in green. They’d just add them to their own list of what to aim for when their fortunes rose. Human beings all over the world spend up to their income and fill their homes with things they don’t exactly need. The poor aren’t (necessarily) any more virtuous than the rich in this regard, they just have less money to indulge the vice.

Morality aside, of course, those with little, through choice or poverty, are treading lightly on the earth in terms of their consumption, and that is something I want to get better at. (Don’t worry, I’m in no way saying that poverty is awesome, or an environmentally-friendly lifestyle choice. For starters, the poor sanitation isn’t exactly an eco-winner.)

Perhaps we could add an extra line to William Morris’ advice. Have in your house only things which are useful, beautiful and can be displayed in the street without embarrassment, while the developing world looks on.

If this seems extreme, perhaps it needs to be. I live a relatively eco-friendly life, in my own eyes at least. I don’t each much meat, I recycle, reuse, buy secondhand, don’t waste water… And yet, when I just did the extensive quiz at My Footprint, the result was that if everyone in the world lived like me, we would need 2.73 earths to support us. Bugger.

What do you think about transparency and privacy when it comes to how we spend money, and consume and use resources? Our finances are just about the most private things in our lives – should they be? What can we do, practically, to enable a bit more accountability in our use of money? Should we bother? 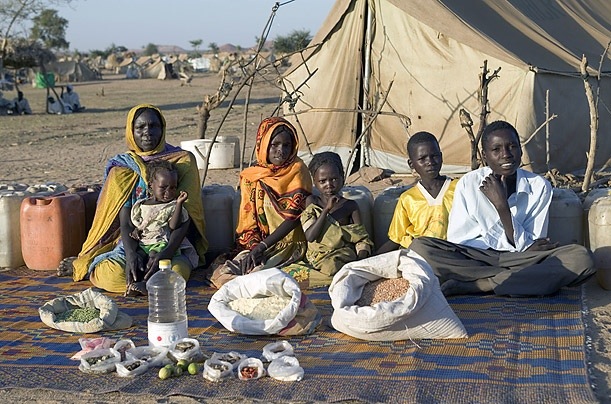 The Aboubakar family in a camp in Breidja Camp, Chad, photographed for Hungry Planet with all the food they eat in a week. Image copyright Peter Menzel via Time | www.menzelphoto.com

This is part of an occasional series on property and possessions. You can see the series list here. Have a look around!