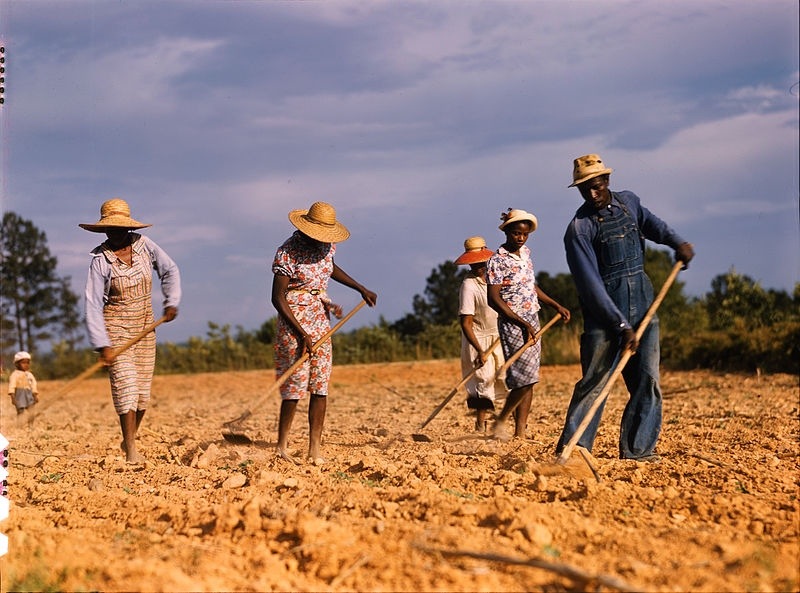 Set in 1930s Mississippi, in the year that Cassie realises being black can be a liability, Roll of Thunder, Hear My Cry by Mildred D Taylor is one of my favourite children’s novels.

It’s packed with Mighty people I’d love SBJ to get to know.

Cassie is lucky to have been born into one of the few black families to own their own land in the viciously segregated South. Her parents, David and Mary, have a a strong sense of who they are, what they owe their neighbours, and the economic and psychological importance of holding onto their land, even during the desperate times of the Depression.

I asked him once why he had to go away [to earn money for land taxes], why the land was so important. He took my hand and said in his quiet way: ‘look out there, Cassie girl. All that belongs to you. You ain’t never had to live on nobody’s place but your own land and long as I live and the family survives, you’ll never have to. That’s important. You may not understand that now, but one day you will. Then you’ll see.

Cassie is bolshy and smart. She’s used to battling the vindictive white kids’ school-bus driver who tries extra hard to splash the black kids walking their miles to school on rainy days. She’s used to battling her three brothers for bragging rights over spitting, racing and getting away with mischief. But this is the year her eyes are opened to the breadth and reach of the social system she will be battling for her lifetime.

Her schoolbooks are soiled cast-offs from the white school. She unwittingly risks disaster by taking her little brother to a whites-only bathroom on her first visit to town. And before the book is finished, she will have learned about lynching, boycotts and the kind of justice her friends and neighbours can expect from the white ruling class.

For those who aren’t in the middle of black culture, Mildred D Taylor’s novels (there are several others, for younger and older readers, featuring the Logan family) are a vivid introduction to the horrors of even the twentieth century in the American South. They are full of well-rounded, likeable characters, as well as a range of white folks with different shades of culpability.

Though told from Cassie’s perspective, seeing segregation with fresh eyes as she grows up and steps outside her own rural community, her big brother Stacey and her parents are also Mighty characters who provide mentorship to young (and old) readers.

The marble competition Cassie wins in Let the Circle Be Unbroken, the sequel which continues the Logan family’s story almost immediately after the events of the first book, has stayed with me. Consumed by covetousness, Cassie breaks her father’s absolute ban on gambling, including marbles.

Anytime you take possession of somebody else’s things through a game, there’s gonna be hard feelings.

He explains when he first rules on the game that gambling makes people think you can get something for nothing, and that robs people on both sides of their dignity. Cassie’s father, even now, is a strong voice in my head governing my own practices when it comes to gambling.

Mildred D Taylor’s books are classic accounts of life in the South, full of people to be like and people to feel compassion for.

This is part of a series on fictional mentors and role models inspired by the resource website A Mighty Girl.