Matters of Life and Death: Being Human

What should a doctor do when a terminally ill patient asks her to ‘end it all’ with morphine?

What are the implications of expectant parents having Down’s Syndrome screening for their unborn babies?

How do we cope and make sense of the world when our ageing parents no longer recognise us?

I’m filling in for a friend at the moment, preaching five sermons on bioethics at Wellington South Baptist Church, in a series I’m calling Matters of Life and Death. I thought I’d invite WSBC folks to join us here for some discussion of the issues as we go. 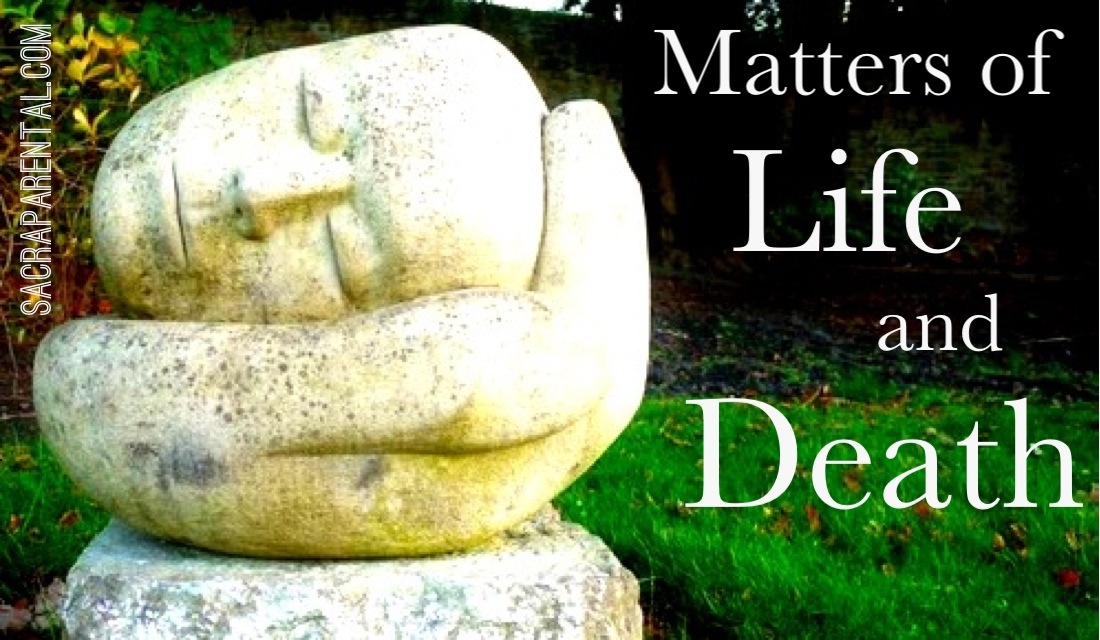 Obviously, the sermons series is being preached in the context of a Christian congregation, and this blog community goes broader than that. My starting points and reasoning are rooted in a Christian worldview. With these posts, though, I’ll be aiming to provide some points of connection for anyone who’s interested in the issues, whether ideas from the Bible and Christian theology are compelling for you or not. I hope that works out ok for everyone!

Made in God’s image?

Yesterday morning at WSBC we began with a key doctrine of Christianity, still often referred to by its Latin tag: the imago dei. It’s the idea that human beings are made ‘in the image of God’ and that that tells us something important about who we are. It’s a foundation of bioethics for Christians.

[UPDATE: the sermon is now online at the WSBC website.]

However you understand the first three chapters of Genesis (where God creates the universe, and Adam and Eve administer the Garden of Eden and then rebel), they are foundational for the story of the Bible – the big story, the metanarrative, of how God interacts with humanity. Whether you think the creation and fall stories are history, science or poetry (or something else), the big ideas of the story set the stage for the rest of what happens in the Bible, and the rest of history.

The narrative, whether understood literally or symbolically, tells us at least these things: that God made us, that we somehow reflect God, that we are made to exist in life-giving relationship with God and the rest of the world, and that how we live now, where we have ended up, is a dramatic falling short of the ideal God has in mind. Everything that follows – God’s rocky relationship with Abraham and the nation of Israel, the arrival of Jesus and the establishment of the church – can only be understood in the context of Genesis 1-3.

And this is where we get the idea of imago dei:

1:26 Then God said, “Let us make human beings in our image, in our likeness, so that they may rule over the fish in the sea and the birds in the sky, over the livestock and all the wild animals, and over all the creatures that move along the ground.”

I gather from my reading of people who know rather more Hebrew than I do that when God is reported as saying human beings are made in God’s ‘image’ and ‘likeness’ that this is about essence, and it’s as big a call as it sounds. It’s not saying we’re just a bit like God, but that we reflect something essential and significant of what God’s like. I find that astonishing.

This is where Christians get the idea that life is somehow ‘sacred,’ bigger than and beyond us. But of course we don’t have a monopoly on that idea. There are plenty of people – you might be one of them – who think, or maybe feel, that there is something so inherently special about human life that the ‘life is sacred’ idea should be taken into account when we make bioethical decisions. [For many, of course, this idea extends to non-human life, but I’m not going there just now.]

This is a bit different from thinking life is extremely important. Most of us think that, and are happy with the ‘right to life’ being in human rights documents like the 1948 Universal Declaration of Human Rights. But the difference between important and ‘sacred’ is what leads to differences in opinion about things like euthanasia. If you think life is sacred (either because you think we are made in God’s image, or for some other reason), you may not be comfortable with people deciding when to die.

I’m trying to think of the commonality here between Christians relying on the imago dei idea and others who share the conviction that life is sacred (or another word, perhaps, with the same effect). Maybe you can help us out, by leaving a comment explaining how you see things.

I think there’s a sense, for both groups, that life is bigger than just us, and perhaps it is not appropriate for us as ‘mere’ humans to exercise authority over its boundaries. Does that make sense to you? Any other ideas of how to express it?

Now, you may have a very different idea about this stuff, and I’d also like to hear from you if so. You may think, instead, that humans have the ability and therefore the responsibility to make new choices with new technology, for instance, and to change our approach to social decisions as modern life changes. You may think that a right to life needs to be balanced with other rights and responsibilities and won’t always win out.

For me, and for our WSBC-based discussion, the imago dei idea is compelling, and will be the logical foundation for much that follows in this series. But I think there are is a variety of approaches to the different issues we’ll be covering, and I think, for instance, that a lack of consensus on the imago dei question doesn’t necessarily mean we won’t agree on how to tackle other ethical questions.

Anyway, watch this space, and please chip in with your thoughts, whatever perspective you’re coming from. As always, please be hospitable to others in the conversation who may hold different views.

Back to the imago dei. If we are made in God’s image, and reflect something of the glory and wonder of the Almighty God of the Universe, I said on Sunday that two things follow. I suggested that humans are a bit like rented houses and a bit like Prince George. 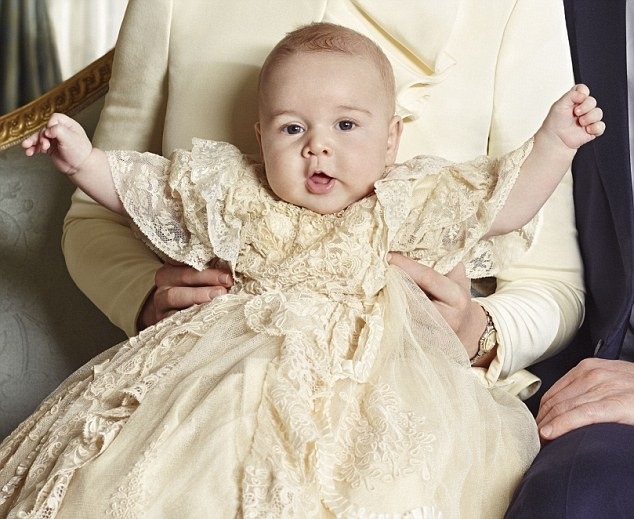 We’re a bit like rental houses, in that we have limited authority over our lives. Just as a tenant can rearrange the sofas but not knock down walls, perhaps human beings made in God’s image don’t have the authority to decide, for instance, when life should begin or end. Woah! Big call! Maybe we could all just sit with that idea for a few days and see what we think.

Secondly, we’re a bit like Prince George, who is royal without deserving it.

I don’t have anything against him, and I’m not saying he won’t be a good king one day, but he won’t ever be asked to demonstrate how good he’ll be – his royalness has nothing to do with anything he can do or not do. Nothing can disqualify him from being royal.

When it comes to thinking about what makes a person a person, this, I think, is a crucial idea. We are worthy of love and respect because we are human beings, made in God’s image. Not because we can speak or reason or fix a lawnmower. Not because we can feed ourselves or recognise our families.

Obviously this is an idea we’ll rely on when discussing disability, dementia, euthanasia and the humanness of babies.

I intend to be very careful in contributing to our conversations on these issues, and encourage you to do the same. But we’re not going to shy away from things that are crucial parts of being human in the 21st century. I’m looking forward to hearing from God and each other through the series. If you have particular questions or topic you’re interested in addressing, leave a comment below.

This is the first in a series on bioethics. The next two posts are on crisis pregnancy: Are You an Unborn Baby’s Neighbour and Facing an Unplanned Pregnancy. You can see the series list here.

A particular welcome to folks from Wellington South Baptist Church! Do feel very welcome to leave a comment. You can also share this post by clicking the buttons below, and you can follow the Sacraparental Facebook page for extras each day. If you’re new here, you might like to head to the Welcome page to see what we’re all about. Good to have you here!

6 comments on “Matters of Life and Death: Being Human”