Matters of Life and Death: Disability

Some of you will know that I’m living with postnatal depression. It’s hard.

What I said on Sunday about disability is stuff I believe both in my head and because of my own experience:

We think life is made up of the here, the now, the visible. But our hope is in eternity. 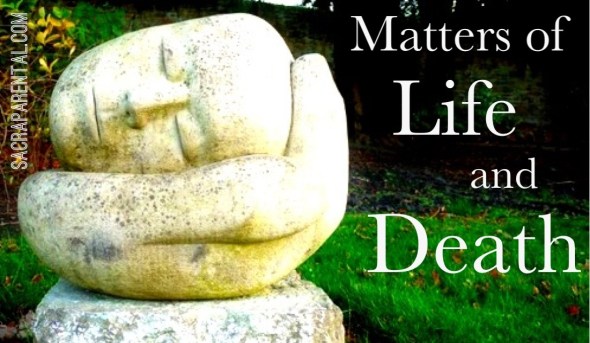 7 But we have this treasure in clay jars, so that it may be made clear that this extraordinary power belongs to God and does not come from us. 8 We are afflicted in every way, but not crushed; perplexed, but not driven to despair; 9 persecuted, but not forsaken; struck down, but not destroyed; 10 always carrying in the body the death of Jesus, so that the life of Jesus may also be made visible in our bodies. 11 For while we live, we are always being given up to death for Jesus’ sake, so that the life of Jesus may be made visible in our mortal flesh. 12 So death is at work in us, but life in you.

On Sunday we looked at the clay fragility of human life from a couple of angles.  How can we accept our own flaws so we can welcome other flawed people?  How do our modern expectations of perfection and comfort get in the way of hospitality to the disabled guest, the disabled foetus, the disabled friend? 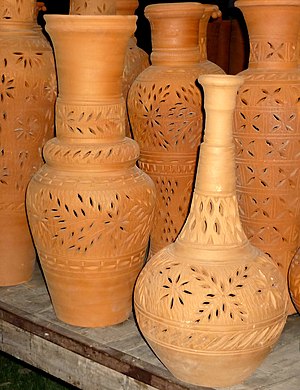 I wonder if you have stories from your own experience of how you have encountered God in fresh ways while life has been less than perfect. Or when there has been joy and growth and blessing to be found in those times. Please feel welcome to share them below in the comments.

This stuff matters. It’s not only instrumental to how we see ourselves, how we feel about our failings, how we are able to accept kindness from others and from God, but it also impacts how we treat other people.

Here’s what I’m talking about. In countries where expectant parents can have prenatal screening to predict the likelihood of their unborn baby having Down Syndrome, over 90 per cent of parents choose to terminate the pregnancy.

This is not only a tragedy for the families concerned, but for the rest of society. It is an enormous loss not to have human beings of all shapes and sizes in our communities. It’s shocking to have to say this aloud, but people with Down Syndrome are just as likely as anyone else to live happy and productive and rich lives, enriching the lives of others as they do so.

You might have seen an article in the paper on the weekend on the first couple to marry in the Christchurch Transitional ‘Cardboard’ Cathedral. Check them out!

Here’s what a survey of 300 people with Down Syndrome said about their own lives:

This final survey was of almost 300 individuals with Down syndrome and wanted to find out about their self-perception, their relationship with others, and what they would like parents and physicians to know.

I invite readers to send me surveys of the general population that report that high a response rate to those questions. These results are consistent with what has long been reported from studies of individuals labeled as disabled: they have a much more positive view of their own lives than the one society ascribes to them.

A Whangarei man is leading legal action against the New Zealand screening programme, arguing that it leads to genocide of people with Down Syndrome. An article from him is here, and one from a mother of a DS child here.

We need to say out loud, often, that perfection is a stupid standard to hold ourselves to. Life is not perfect or comfortable, and that’s actually ok – on this side of eternity, anyway. You and I will have struggles of one sort or another our whole lives long. There is great richness to be found in embracing and integrating our flaws, failings, weaknesses and limitations 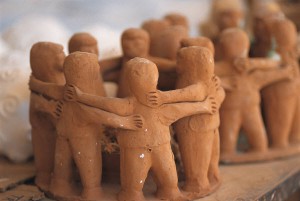 If you’re interested in exploring some of these ideas further, you might like to check out Christian Medical Fellowship (UK). Their site has an index of all sorts of articles on bioethical issues.  You can see a list of articles on different aspects of prenatal testing here.

You may have your own stories of living with disability or loving someone who does. Please do share your experiences with us in the comments below.

This is the fifth in a series of posts on bioethics. You can see the rest of the post from the series here. Next week we’ll be looking at dementia and ageing.

16 comments on “Matters of Life and Death: Disability”