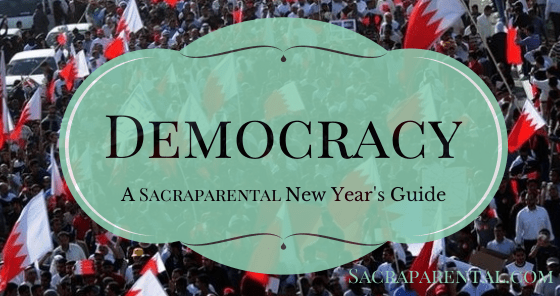 Pop quiz for those of you who live in, or are interested in, parliamentary democracies, like the United Kingdom, New Zealand and other such wonderful places:

If you are the parent of a teenager, this post might be a good one to talk over with the young people in your life.

Probably the most influential law-maker in New Zealand’s history so far (along with Sir John Salmond) is Sir Geoffrey Palmer.

Among other things, he’s been Attorney-General (the government head of law-making) in the super-reformist Fourth Labour Government in the 1980s, responsible for shaping our legal system for decades to come.

He has also been Prime Minister (briefly), a law Professor, President of the Law Commission (a body he founded, two decades before!) and founder of the first specialist public law firm in New Zealand.

Having just published a memoir, he spoke to Kim Hill recently, about public understanding of our democracy. It’s a fascinating interview.

One thing he said was that he was always horrified that most first-year law students – among the brightest and most successful of school-leavers – couldn’t answer any of the questions at the top of the post. So you’re not alone if you weren’t crisply certain yourself!

I tutored first-year law students for several years and found the same thing. Probably one in twenty had enough understanding of such things to be able to read the newspaper and really understand what was going on.

Of course, it’s not their fault. Schools don’t teach it, and probably didn’t when their parents were at school, so everyone’s voting in the dark. This is not good for democracy.

The United States is so different from this – and I’d love to hear your point of view if you live there. Civics is a core subject, and every school student is expected to understand their incredibly complicated democratic system accurately.

Are you at the ‘who cares?’ moment? Fair enough. Let me convince you.

Somalia, Congo and Sudan are failed states, filled with violence, suffering and life expectancy numbers that wouldn’t get you to retirement. They used to have peace.

Zimbabwe used to have a democratic government, but now has a dictator who threw out the ‘rule of law‘ (the idea that law should be in charge, not the person with the biggest gun or wallet) and rigs elections to stay in power. 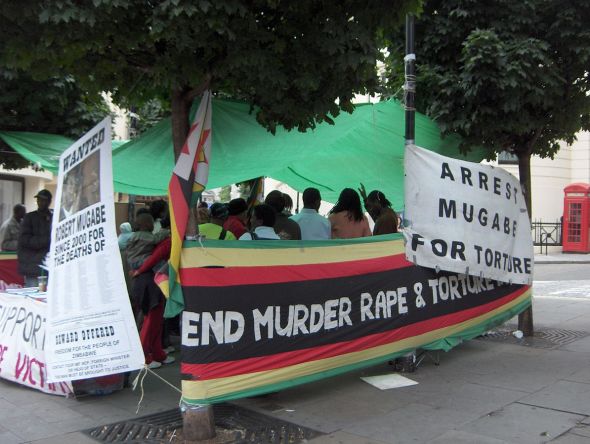 Demonstration against Robert Mugabe’s regime next to the Zimbabwe embassy in London, on August 12, 2006, photo credit Two Wings, via Wikipedia CC.

After multiple coups booting out elected governments, Fiji is still run by a military government that keeps stalling on setting up fair processes. Journalists go to jail here if they criticise the government.

When the United States democracy doesn’t work properly, millions of people around the world are affected by ‘government shut-downs‘ until the parties can play nicely together again.

Australia and New Zealand have had constitutional crises in recent decades that cost a great deal of money and sweat and risked sinking our economies, as unelected people assumed power. (Yes, truly!)

The distance between effective, transparent, representative democracy and failed state is surprisingly small and it doesn’t require guns or genocide.

Many of the things we depend on – clean drinking water, trustworthy police who won’t ‘disappear’ impudent citizens, and an economic system that lets people feed their families without hyperinflation, bribery or unreliable contracting – are part of a relatively recent, delicately negotiated social contract. We agree to trust each other and live by the same, sometimes inconvenient rules, in order to create this safe and prosperous place.

We keep our personal connection to this contract by voting for the people who will take charge of the details.

If people don’t know how to make their vote count, they lose faith in government. If that happens, we really aren’t far away from chaos.

In New Zealand, understanding the MMP (Mixed Member Proportional) voting system is hugely important for anyone who a) votes and b) wants to have their opinion on who should run the country reflected in the vote they cast.

It took a couple of MMP elections for most of the country to really understand, for instance, that it’s the party vote that is most important. We could do another post on MMP for the Kiwis if anyone’s interested – let me know in the comments.

But I chose three questions for today that are relevant beyond New Zealand. Here are the answers:

And here’s how that the fact of you and your friends and kids having that knowledge could make your country better:

So… how’d you do? What about the other folks around you – work colleagues, flatmates, friends?

Am I right that this is important stuff? If not, what do we need to know about democracy?

This is part of an annual series of New Year’s Guides. If you’d like to suggest a topic or offer to write a guest post on pretty much anything, please leave a comment or get in touch privately. So far we’ve had a pretty wide range, from English to nappies to smoking (quitting, that is).