I make a smoothie most days of the week when I’m at home, but for today’s New Year’s Guide I’ve called in an official expert.

Until recently, smoothologist Nicholas owned The Juicery in Auckland, so he’s got all the cred you could need. He’s five years younger than me, holds the odd national athletics title and has just published his first novel, Disappear Here. He’s brilliant and amazing and is kindly giving us his industry secrets today! An official smoothie recipe from a smoothologist! 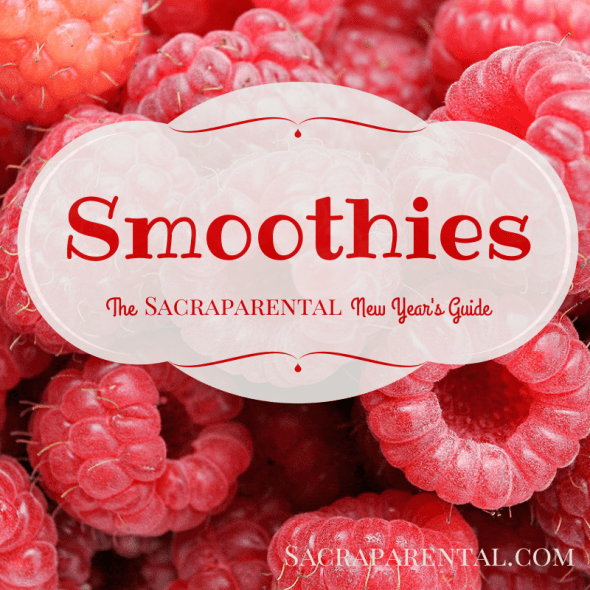 Smooth Made Rough [with Nicholas]

As a general rule, smoothies don’t lend themselves readily to ‘recipfication’. While good recipes exist, they tend, in practice, to be subverted by the maker’s need to work with what they have available.

Countless times I’ve started to make liquid breakfast, only to find halfway through that the essential three cups of organic loquat flesh (or whatever) were rather hard to come by. This is both a lesson in forethought and an injunction not to take a cookbook’s pretentions too seriously!

Happily, one can assume that the finest taste combinations were borne of such exigent circumstances. Many dishes smack of ad hoc conception: eggnog, French onion soup, Waldorf salad, the chip butty, etc. Necessity is the mother of all things delicious, or something like that…

Below is a smoothie recipe that’s tasty in its own right but – more importantly! – can be embellished or partially reduced in accordance with what’s handy. Enjoy.

Now, friends, all the things I regularly put in my smoothies come from ideas from other people, so I’m very keen to hear your favourites in the comments. Thanks in particular to my smoothie mentors over the years: Nicholas, my mother-in-law Janet, Lou, Fiona and Rachel. They probably don’t realise how a conversation or two about what they put in has stayed with me!

The best thing about smoothie recipes, from my perspective, is the ninja factor. You can sneakily hide all sorts of healthy things and no one knows. Including you.

Fruit is delicious, of course, and the sweetness of ripe bananas and whatever other fruit you use are what make smoothies appealing. But in an ideal menu, you should probably only be eating 2-3 servings of fruit a day. The rest of your 5+ a day (or 7-10 in Canada!) needs to be vegetables, and smoothies are a painless way to increase your vege intake.

If you’re keen to increase your kids’ vegetable intake, smoothies are also a great place to hide all sorts of goodies. Serve broccoli for dinner every night without worrying at all whether it’ll be consumed – they already had some in their smoothie at lunch!

I go through smoothie ingredient phases, but here’s what I put in at the moment, about 5 days a week:

2 bananas: pro home tip: put one on the bottom, one on the top, if your blender broke four years ago and you’re still using a stick blender…

Any other fruit in the house: kiwifruit, apples, pears, stonefruit, especially if something needs to be used up. Half an apple the toddler didn’t get round to finishing? Chop off the bitten part and mush the rest up!

Frozen berries: I don’t add ice because I always use frozen berries, usually a mix of blueberries, raspberries, boysenberries and blackberries, but really just whatever’s in the freezer.

Spinach: I keep cubes of (bought) chopped spinach in the freezer, and half-defrost one for every smoothie at the moment. You can’t taste it, and though you can see green flecks, you still get a purple/berry-coloured smoothie and I haven’t had a child turn one down yet. The only downer of spinach is that it goes brown if you leave it – and I often make more than one serving at once. Lemon juice might solve that? Will try and tell you!

Other raw green vegetables also work well: zucchini/courgette adds a creamy texture, broccoli and salad leaves pretty much disappear – all of those options are true ninjas and no one will guess they’re in there.

Rolled oats, to give some wholegrain carbohydrate to the smoothie and make it more of a meal or well-rounded snack

LSA (ground linseeds, sunflower seeds and almonds), or any seeds or nuts you like. I often tip in raw muesli if I’ve made any recently, and that takes care of the oats and accessories in one scoop.

I feel like I need to say this very loudly: it’s delicious! That list makes it sound like it’s only for the serious hippies among us, but that’s not at all the case. Once you’ve done it a couple of times, it only takes a couple of minutes from start to finish, and you do probably have most of that stuff in your kitchen.

If it still seems a bit hard out, start with coconut milk or fruit juice instead of half of the milk and you’ll have a luxury beverage on your hands that will convert anyone.

So, your turn to spill the beans. What are your tips, tricks, secrets and favourites?

This is part of an annual series of New Year’s Guides. If you’d like to suggest a topic or offer to write a guest post on pretty much anything, please leave a comment or get in touch privately.

And have you seen the Sacraparental Facebook page? Check it out and hit ‘like’ if you do! There’s new stuff on there everyday – and only half of it will probably show up in your own News Feed, unless you’ve clicked ‘Get Notifications’ under the ‘Like’ button. Take a peek!