Holocaust denial is now its own special category of insanity.

If you want to hold a conference telling people that there was no such thing, that the Jews of Europe exaggerated the impact of the Second World War, then we won’t just say you’re a rubbish researcher, and we won’t indulge you in respect for your oddball views.

We’ll just use the shorthand phrase ‘holocaust denial’ to sum up the combination of groundless argument, anti-Semitic sentiment and incitement to hatred and spend no more energy on you. Given the combination of denial of reality and hate speech, it’s even illegal in 17 countries to deny the Holocaust happened. 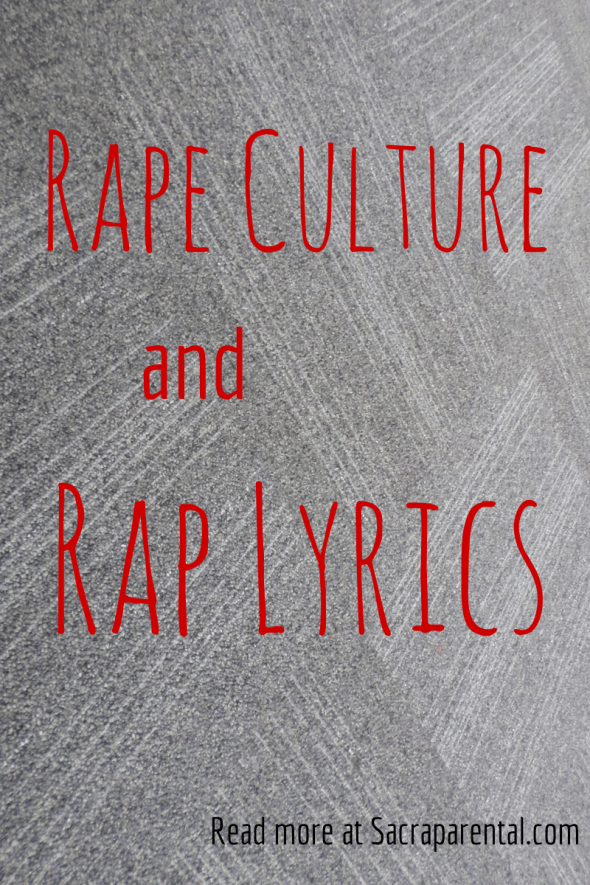 I wonder if it’s time to have the same shorthand to spend a bit less time defending the work of rap groups like Odd Future whose lyrics include frequent glorification of rape and other violence.

I’m not going to reproduce any of their lyrics here. They are pretty extreme and would be traumatic to some readers. If you want some examples, google ‘Tyler, the Creator rape lyrics’ – such lyrics are plentiful – or head to Stop Demand’s media release on the subject, which continues, after the examples, to say:

Stop Demand’s founder Denise Ritchie says, “It is astonishing that in light of the nationwide outcry and soul-searching that arose over the Roast Busters’ incident, and the sexual callousness of some young men towards women, Auckland Council is about to allow a group that glorifies rape and rape culture to perform on Council-owned property – and at an ‘all ages’ event.”

In the end, members of Odd Future have been denied visas to come to New Zealand to perform, but not because of their preoccupation with rape. Immigration New Zealand has refused them entry to preserve ‘public order,’ on the basis of violence at their concerts and vindictive harassment of activists criticising them.

I suspect INZ is dancing around the issue and the decision has attracted criticism for several reasons. As Gordon Campbell argues, if Odd Future has actually been barred entry because their lyrics are nasty, then it’s hard to see any consistency in allowing Eminem or even the Rolling Stones to come and perform. Is there also a class and race element to the selective barring and moral panic about ‘offensive’ music? And, as Campbell suggests, isn’t the drunken hooliganism of the Sevens more of a threat to public order (and to women) than a rap concert?

Gordon Campbell’s view, held by a large chunk of thinkers on human rights and free speech, is that when it comes to the dubious end of free speech – pornography, hate speech, lies – the best result for society comes from letting it happen and letting it be debated and refuted.

One unfortunate thing about the INZ decision is that lots of people who think rape culture is ugly and must be fought are spending their time defending Odd Future’s right to perpetuate it. The people who sing about their delight in raping are the victims in the current conversation.

I’m fine with Odd Future having the right to fill their art with harmful, hateful, violent misogyny. I think we get the best kind of society if it’s not the state’s job to decide what any of us should say or hear, particularly in the arts.

Now that that’s out of the way, let’s take part in this democratic exercise of free speech and actually talk about Odd Future’s lyrics and the glorification of rape in hip-hop (and other) music, not because we want to ban it, but because it deserves to be critiqued and criticised.

Fans argue that much of the nastiness is in songs where the singers are ‘in character’ like with Eminem’s Slim Shady or Sacha Baron Cohen’s Borat. We’re not supposed to think Eminem or Sacha Baron Cohen is misogynist or homophobic, it’s just their character, giving vent to what are real sentiments in society.

That is another good reason not to censor artistic works, but it doesn’t make me feel any less sick or concerned when I hear or see their material.

I’m not a fan of state censorship, but of discerning consumption of media. So let’s be discerning. Can we just pause and remember what rape is? For one thing, it’s a serious crime in pretty much every jurisdiction in the world. It’s something, like murder, that we all agree is awful.

Unlike murder, though, it affects a particular class of people more than others: women. Rape is performed mostly by men. It’s certainly true that men and boys are also victims of rape, but it’s also true that the majority of rape victims are women and girls.

Given the existence of female rapists and male victims, rape is not only a feminist issue, but it certainly is one. Rape by men against women is a manifestation of misogyny and of the sad fact that it is a risky thing to be born a girl-child in this world.

Many people find anti-Jewish tirades hugely more offensive and troubling than, say, anti-Buddhist or anti-Swedish vitriol. All hate speech is unpleasant, but the Holocaust is a clear, recent example of hate speech and hate action going together, bringing enormous misery.

Most hate speech laws forbid incitement of violence on the basis of race or religion, and a few other grounds. Gender is not usually in the list. Why not?

Surely the glorification of rape should be in the same category. For millenia rape has been used by men to subjugate women (as well as some men, and for other reasons). It is still used as a weapon of war throughout the world, in such different places as the Democratic Republic of Congo and Burma.

Twelve per cent of Congolese women have been raped, and there are 48 rapes every hour in that broken country. This South African study revealed an almost matter-of-fact attitude among the men interviewed about whether they had ever raped a woman.

In New Zealand over 3000 rapes were recorded by police in 2012, and the country was horrified at the news late last year of several young men in different parts of the country stupefying and raping women and girls at parties and bragging about it on social media.

Rape isn’t just any other crime or antisocial activity. It is largely a men-against-women form of violence, and it is enormously harmful to its victims, with serious physical, emotional and infectious consequences. I say it’s a special case among violent offences – as Holocaust denial is among freedom of speech issues. It needs to be treated with more seriousness and civility than it currently is by those who contribute to the rape culture of rap music. Rape language is not just a subcategory of ‘offensive language’ (who’s to judge what’s offensive?) but something more objectively appalling that we need to get upset about.

I don’t want to curtail anyone’s (well, most people’s) free speech or artistic expression, and certainly not by means of either state censorship of art or the denial of travel visas. Hate speech laws are generally used very sparingly and with a high threshold, and though I’d argue rape language should be included as an example of hate speech, I doubt song lyrics would ever meet the test. I wouldn’t refuse Odd Future entry to New Zealand or ban them from performing.

But I do want to call them out, and say that songs bragging about raping are harmful and hateful and contribute to a world that is not the one I want my child to grow up in. I don’t know Tyler, the Creator but I do know some of his fans, so my challenge is also for them.

I really love Lindt mint chocolate. I choose (mostly) not to buy or eat it because the cacao in it is grown using the labour of children and adults in slavery and appalling labour conditions in West Africa and elsewhere. Instead I devour (mostly) fairtrade chocolate that doesn’t have this taint, and that helps producers to feed, clothe and educate their kids.

If you love rap music, perhaps you could consider making the same kind of choice.

I’m not a fan of Odd Future, but I know that plenty of discerning people are. I’m not going to argue there is no artistic merit in their music – anyone trying to ban something on that basis is on a hiding to nothing in what is clearly a matter of taste. I’m not going to argue they shouldn’t be allowed to make music or that you shouldn’t be allowed to listen to it.

I would just love people in the hip-hop world (and plenty of other arenas) to vote with their money and their attention and their Twitter follows for something other than art about raping women into submission.

I wrote recently about rape culture in the context of some high profile rape cases in New Zealand. You can read that here.

For more on the Odd Future case, I recommend Gordon Campbell’s piece, which covers all the angles and argues for free speech to win out. The Guardian has previously published a couple of thoughtful pieces on Odd Future and their lyrics, here and here.

And for creative ways to make a difference in the world, a great place to start is Lulastic’s collaborative Pinterest board, Citizen of the Whole World, which I also pin to.