This is the fourth in a mini-series looking at how different traditions celebrate Lent. They build on each other, so you might like to catch up on the first three:

Fasting in the Old Testament

Jesus and the Early Church

Looking for Lent stuff on Pinterest (a current, geeky hobby of mine) leads almost exclusively to thoughtful posts by American Catholics (like this one), so I’ve been learning a lot about how my Catholic friends and family understand Lent and how they practice it. I’m surprised by a lot of it!

Many of you reading are Roman Catholics, too, so I hope you’ll be able to chip in with any corrections or personal reflections on Lent to add to my outsider’s perspective. 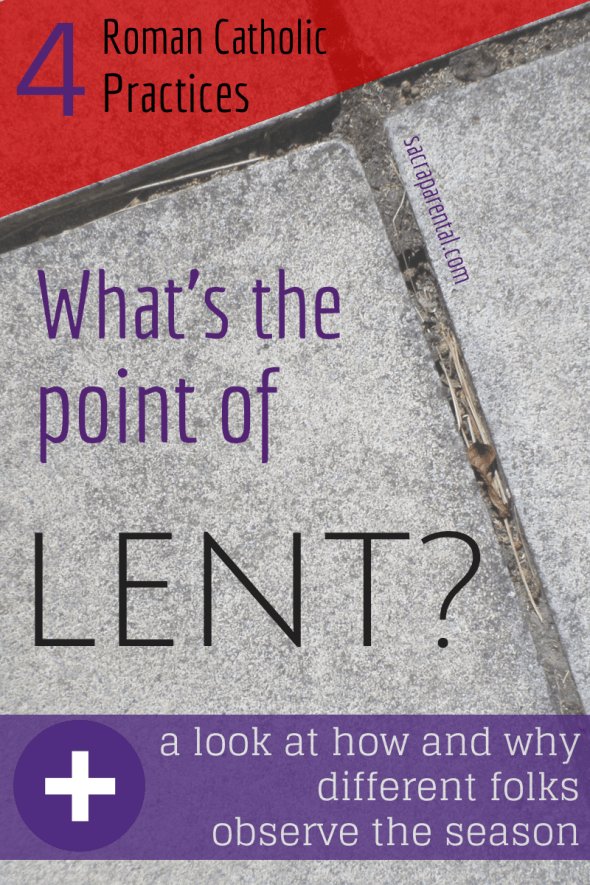 Lent is intended to be a meaningful period of self-denial that benefits poorer neighbours, and, as Pope Francis says in this year’s message to the Church, Lent addresses the material, moral and spiritual poverty among us, and not just in a token or symbolic way:

Dear brothers and sisters, may this Lenten season find the whole Church ready to bear witness to all those who live in material, moral and spiritual destitution the Gospel message of the merciful love of God our Father, who is ready to embrace everyone in Christ. We can do this to the extent that we imitate Christ who became poor and enriched us by his poverty. Lent is a fitting time for self-denial; we would do well to ask ourselves what we can give up in order to help and enrich others by our own poverty. Let us not forget that real poverty hurts: no self-denial is real without this dimension of penance. I distrust a charity that costs nothing and does not hurt.

Roman Catholic Lenten fasting is a modern example of ‘stationary’ or community fasting, where everyone is in it together and can draw strength from that. It is also inextricably connected to almsgiving and generosity.

There are different practices and norms around the world, but the basic plan since Pope Paul VI wrote on the subject in 1966 is for healthy adults to abstain from meat on all Fridays of the year (with some exceptions for feast days), and to ‘fast’ on Ash Wednesday and Good Friday. This fast is usually understood as restricting one’s eating to one full meatless meal in a day, or if more food is needed, to still eat less than the equivalent of two full meatless meals.

The Catholic Relief Society’s Operation Rice Bowl encourages people to donate the money they save while fasting and abstaining, which helps to strengthen the connection between fasting and almsgiving. 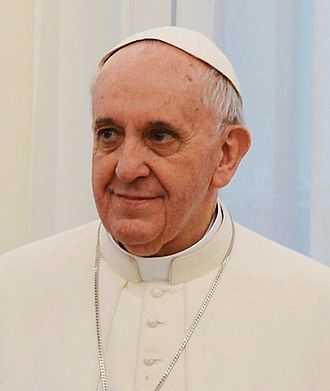 Pope Francis clearly sets out the need for this connection, spending half of his Lent letter on the matter of material poverty:

In imitation of our Master, we Christians are called to confront the poverty of our brothers and sisters, to touch it, to make it our own and to take practical steps to alleviate it. Destitution is not the same as poverty: destitution is poverty without faith, without support, without hope. There are three types of destitution: material, moral and spiritual. Material destitution is what is normally called poverty, and affects those living in conditions opposed to human dignity: those who lack basic rights and needs such as food, water, hygiene, work and the opportunity to develop and grow culturally. In response to this destitution, the Church offers her help, her diakonia, in meeting these needs and binding these wounds which disfigure the face of humanity. In the poor and outcast we see Christ’s face; by loving and helping the poor, we love and serve Christ. Our efforts are also directed to ending violations of human dignity, discrimination and abuse in the world, for these are so often the cause of destitution. When power, luxury and money become idols, they take priority over the need for a fair distribution of wealth. Our consciences thus need to be converted to justice, equality, simplicity and sharing.

This is surely a compelling message to all Christians – Orthodox, Roman Catholic and Protestant – and something we can all be drawn to in our Lenten practice. Pope Francis’ words echo the passage from Isaiah that we started with last week:

6 Is not this the fast that I choose:

to loose the bonds of injustice,

to undo the thongs of the yoke,

to let the oppressed go free,

and to break every yoke?

7 Is it not to share your bread with the hungry,

and bring the homeless poor into your house;

when you see the naked, to cover them,

and not to hide yourself from your own kin?

Fasting in Lent, and on Fridays throughout the year, is also a penitential practice, meant to lead us all to consider our failings and turn our steps back towards God.

As in the Early Church and Orthodox practice, Easter for Roman Catholics is the time when adult converts are baptised. Everyone around these converts is called to encourage them throughout Lent and to be inspired by their example to remember their own baptismal vows.

For those who are already baptised, Lent is a time of renewed focus and discipline, a bit like an annual opportunity to publicly renew marriage vows.

It is common for individual Catholics to take on other disciplines and penances throughout Lent, like giving up texting (as an Italian church leader is exhorting his young people a few years ago) or chocolate, or reading a spiritually engaging book. These are left to individuals and households to decide on.

The other pillar of Lenten practice for Roman Catholics is prayer, particularly that which focuses on the suffering and death of Jesus, including optional prayer traditions like the Stations of the Cross. There is also a call this year, for instance, for all Roman Catholics in the United States to pray for peace in the Holy Land.

Some of this modern Roman Catholic practice of Lent overlaps with what we’ve discovered from the Early Church and Orthodox practices, but plenty of it is distinctive. As I’ve said, the way we celebrate Lent is not in any way prescribed by Jesus, so a bit of judicious picking and choosing seems absolutely appropriate.

Here’s the stuff I have gleaned along the way and want my future Lenten practice to reflect. It’s just a personal list, and I’d love your comments on what has struck you as helpful from each tradition.

Your turn! Where are you at for Lent this year? What are you thinking and what will you do? I’d love to hear your thoughts so far.

Coming up next: Lent with Kids. Before Lent begins, though, it’s time to party on Shrove Tuesday/Mardi Gras

9 comments on “What’s the Point of Lent? #4: Roman Catholic Practices”