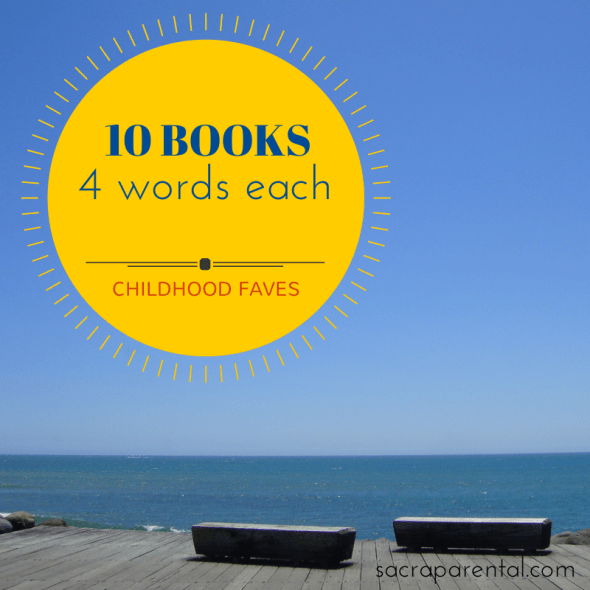 Lucy lured me back to the land of Twitter with her genius #sexisminparadise hashtag for discussing Air New Zealand’s foray into #everydaysexism.

It’s been nice to be back. I spend most of my time there caught up with politics and feminism. And books! (So here we are.)

The (not really from the) BBC book challenge that has been doing the rounds of Facebook for a few years jumped over to Twitter, and reminded me to have another look at the much cooler Rory list.

Rory Gilmore is shown on-screen reading 339 books over the seven series of The Gilmore Girls. From biographies of Moliere, Proust and Eleanor Roosevelt to the Bhagavad Gita, the Iliad, The Bell Jar and Harry Potter, she’s basically read all the books. Before she’s 22.

I’ve read about a third of them, and conversations on Facebook and Twitter about the list made me think it’s not that likely my total will increase.

If I’d discovered the list in my twenties, I probably would have been super keen to work through them and tick them all off – and that would have been an excellent thing for my brain! But I think my breadth of reading peaked in my early twenties and isn’t likely to spike so high again.

At that age, I was voraciously munching through the university library and Arty Bees secondhand bookshop, finding out what there was in the world. I have a better idea now of what there is out there, and an entirely new sense of the finity (surely that should be the noun, right?) of my time to explore it all.

Now that I’m in my mid-thirties, it’s too late for me to be an astronaut or concert pianist. If I desperately wanted to, I could still change tack and become a doctor or drama teacher, but goodness me, that’s exhausting just to write down.

Between lack of brainpower and the time I choose to spend with my son (and my other baby, er, blog), my thirties are a much slower period for expanding my horizons. And they’re more about depth and expertise for most of us, right? We’ve done the groundwork and now we get to build. We’re old enough to be taken seriously in our fields of interest and expertise – and we might actually have some expertise.

Rory might have read one biography of Colette or Hillary Clinton but she didn’t read the entire library shelf by and about them and then write a thesis based on that reading. Let alone a thesis-worth of reading on every writer she devours on the show.

So my current book-list exploits are now either narrow but deep (reading about child development, Lent, or biblical approaches to sexual ethics, at the moment, for instance) or pleasantly reminiscent and taxonomical, like this ’ere series of book lists.

We started with a general-purpose list in December of ten books that have stayed with you. It became a delightfully addictive process, and I promised to invite you to more threads. So here we are again.

I’d like to keep this post to books we read as children, with puberty as the rough (very rough!) boundary. So nothing that’s from your teenage or young adult reading lives, and no kids’ books that you’ve discovered as an adult, please – we’ll do those as a separate post, though, so feel free to start making notes :).

Oh, and these are all ‘chapter-books’ so let’s keep picture books for another day, too, shall we? My list is fiction, but yours doesn’t need to be.

I had such trouble getting the list down to ten that I just plain gave up and split it into two lists, based, roughly, on date of publication. It’s hard to try and compare books like Heidi and The Secret Garden with Judy Blume or Cynthia Voigt, so I’ve given them their own space to breathe, breaking the lists at World War II.

Luckily, kids’ books often come in series or sets, so there are actually dozens of books captured by my entries. Sneaky.

These are the books I’d save from the burning library of Alexandria. I’ve not only re-read them all several times, but I’ve enjoyed reading most of them as an adult. There are plenty of other books that I read a lot as a kid (Famous Five, Trixie Belden, Hardy Boys, Babysitters Club, Sue Barton), but I haven’t brought them with me as I’ve grown and they probably wouldn’t stand up to the literary (or sociological) scrutiny of my adult self if I revisited them now.

That’s rather more than enough preamble. I present: lists!

Anne of Green Gables, LM Montgomery
He pulled her plaits.

What Katy Did, Susan B Coolidge
Paralysis + mentor = character.

The Lion, the Witch and the Wardrobe, CS Lewis.
Never recognised the allegory.

The BFG, Roald Dahl (and you know, everything else he wrote, not excluding shopping lists)
Exuberant, cross-species friendship.

Judy Blume, Are you there, God, it’s me, Margaret?
She talks about periods.

Under the Mountain, Maurice Gee
Hold that burning stone!

And now it’s your turn!

This is part of an occasional series of book lists. Some others are: