At the moment in my corner of the church world (I’m a Kiwi Baptist), the number of our 250-odd churches in New Zealand led by a woman (as the sole or senior pastor) is in single figures. Low single figures. It seems likely that by the end of the year there will be only two such churches in the nation.

Here’s the situation each year at our national theological college, one of the best private education institutes in the country, according to the government and the foot traffic. The ‘Pastoral Leadership’ (PL) students, who study full-time, with the approval and support of the denomination to train to be ministers in our movement on graduation, are almost all male. Each year.

The female pastoral leadership students we do train have a high rate of completion and of being officially commended by the college to the denomination as suitable persons for church work. So the problem isn’t with the training institutes or the women themselves – once they’re there, women do really well.

Research shows that most of our PL students (I say ‘our’ because I’m a grateful graduate of the college and currently on the board) come to the college because their pastor encouraged them to come.

It takes significant financial, psychological and practical sacrifice to leave what you’re doing and offer yourself for training, formation, and call to a new church, perhaps somewhere else in the country, so we only get about ten a year doing this particular form of study.

So if women are not coming, a large component of the gap is this: pastors and church leaders are not sending their talented women. I say this is an enormous problem, theologically, practically, pastorally and in every other way. 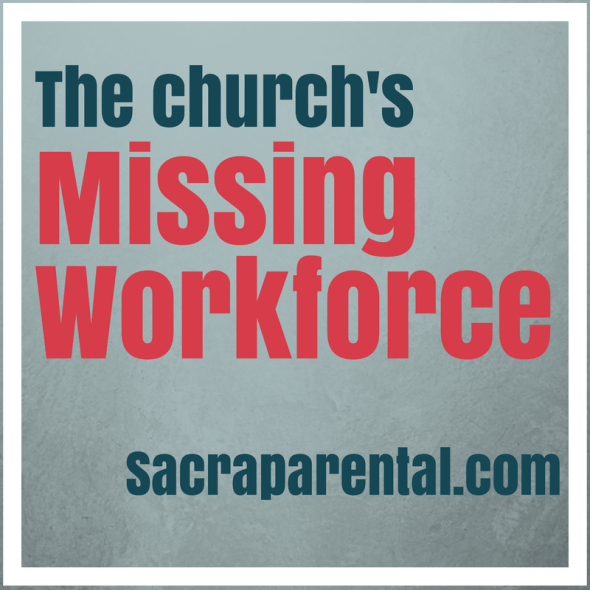 A brief – very brief – run-down on why a largely-male leadership is unhealthy for a church movement, if this is a live question for you, or you’d like a refresher. There are two key points to this argument: 1) God sees men and women as equal and equally to be used to work for the kingdom and 2) if gifted women are not encouraged to lead or teach then we are all missing out.

An overview of gender in the Bible

God created humanity, male and female, to bear God’s image. The extent to which the genders are different represents the breadth of God’s character. We need both men and women to help us meet God.

In almost all times and places, the physical dominance of men has led to the subjection of women, who have not been able to choose how they spend their days or their lives. In Genesis 3, the Bible explains this patriarchal default of humans as a regretful, sorrowful result of human brokenness (‘the Fall’).

Jesus brought redemption to this – as all other – brokenness. He respected, elevated and publicly honoured the women he encountered. He chose women for important roles, like evangelising the Samaritans, announcing his resurrection, telling his story to the world (who but his mother Mary could have supplied the information in Luke 1-3?) and taking an attitude of formal learning.

The New Testament documents (particularly Luke’s ‘Acts of the Apostles’ and Paul’s letters) tell us that leaders of the early church included significant women (like Lydia, Junia, Priscilla, Phoebe and others), who were publicly recognised as being gifted by God to serve and lead the church.

It is also true that in two New Testament documents – a letter to a church and a letter to a church leader – the apostle Paul places restrictions on the behaviour of some women he is writing to or about. The meaning and intention of Paul’s words, beyond the specific circumstances of his recipients, is both unclear (the vocabulary is unusual, the specifics of the recipients’ situations unknown) and actively debated by scholars today. To summarise briefly one view of an enormous field of scholarship: given the way that Paul praised and worked alongside female leaders, he probably didn’t mean in these two passages to say that all women, in all times and places couldn’t be leaders or teachers.

Paul also said, writing to another specific church community, that Christ had come to ‘clothe’ us so that we could all be united despite our differences – so much so that he can say that in the new kingdom Jesus brings, ‘There is no longer Jew or Greek, there is no longer slave or free, there is no longer male and female; for all of you are one in Christ Jesus.’

(How to make sense of Paul’s statements on gender is an enormous question, and not really in the scope of today’s post. If you want to dig deeper, a good place to start, I’d suggest, is this blog series by New Testament scholar, Scot McKnight.)

I know a great many immensely talented men. I know a great many immensely talented women. Given both a) the story of redemption that plays out throughout the Bible and impacts gender relations and b) the obvious reality that (some) human females are capable of all the complex and challenging tasks (some) human males are capable of, from rocket science to raising teenagers, it seems clear to me that both men and women ought to be encouraged to flourish in whatever areas of life they are drawn to and gifted for.

We are all missing out

Now if that’s true, if men and women are both able and available to be used to enrich our lives together – as, in fact, my denomination acknowledged officially in 1976 – then we are just plain missing out on a huge resource.

Not all men, and not all women are called to be leaders in the church. There are plenty of other important roles to fill in all areas of our life together, of course. But church leadership is an area where we need all the help we can get and we are ignoring half of our resource pool.

Imagine if I told you that five of the world’s ten best tennis players were in North Korea where they weren’t allowed to compete. Maybe one of them’s even better than Roger Federer at his peak. Aren’t you dying to see these Korean players in action?

The church in New Zealand is facing all sorts of enormous challenges. We are disconnected from our surrounding culture; we are fractured when it comes to dealing with controversial questions of sexuality, bioethics and politics; we are, many of us, having trouble coming to terms with living in a post-Christendom world.

Who knows but that lasting solutions to these problems might be found if we suddenly saw the North Koreans play at Wimbledon, metaphorically speaking – if we unleashed twice as many gifted leaders and teachers into church life as we have now. Who knows?

Well, not us. We don’t know because in my corner of the church world, we don’t encourage women to lead or teach at anything like their proportion in our communities. Women make up at least 50 per cent of the congregations, but around 1 per cent of the senior leaders (sole or senior pastors or regional or national leaders). There are lots of women in other leadership roles (associate pastors, ministry team leaders and so on) but even in those roles, there are many more men than women involved.

When regional missional leaders were commissioned at the recent Baptist Assembly – this is a brand new senior role – they were all men. Every one of them.

If you think that it is never appropriate for women to fill leadership and teaching roles, then this post may not be for you. What I want to discuss here is how we bridge the gap between saying that men and women are both capable of leading (this is the official position of our movement and many others) and the reality that we don’t, as a movement, encourage women to train for pastoral leadership roles.

What would it look like if church leaders really wanted to increase the pool of talent involved in leading our movement in these challenging times? If church leaders and congregations wanted to make things different, what could they do? What could you do or encourage your church leadership to do?

What you can do

Here’s my list, and I’m keen for you to add to it:

1. Consciously decide to do what is in your power to change the situation.

2. Identify talented women in your sphere

3. Encourage and train them

4. Do everything that’s necessary to commission talented women for pastoral leadership training and roles, and encourage them to stay there.

Consciously decide to do what is in your power – and then do it.

What can you do to encourage more women to train as leaders of all kinds in the church movement you’re part of?

One word of caution: in giving specific examples, I’m running the risk of narrowing the field of possibilities.

God’s Spirit equips God’s people to do every necessary task, right? So think creatively about any role in the kingdom and consider how well your community is using both women and men to redeem the world.

If you have more power…

This is a hugely complex issue. Some other factors at play include:

If you are in a position of leadership or influence yourself, you might be able to come up with concrete actions you could take that would chip away at these things. I’d love to hear your ideas.

Ok, now it’s your turn. What do you think?

Let me say again that if you believe women should not be in these senior leadership roles at all, then this is not the discussion for you. This post is specifically to address the question of how we move from thinking women can lead to seeing more women actually leading.

In New Zealand we have roughly 250 Baptist churches. At the moment around 1-2% are led by women, depending on the year. (Yes, a focus on senior/sole pastor roles is just one piece of the picture, but it’s an important piece, and easily measured.)

If women were to lead in proportion to their presence in congregations, we could expect something more like 30-50% of those 250 churches to be led by women – allowing for the usually shorter working lives of women who take time to have children.

Aren’t you excited to think that there might be a huge untapped resource to bring fresh ideas and energy for helping people and churches to flourish?

So what are your ideas about how we could recruit, train and call/employ around 100 Baptist women to be ministers in, say, the next decade or two? And what can we do to increase the contribution of women in all other areas of church life?

What would it take? What could you do yourself? What could others do? Tell us your ideas, please!

There are plenty of ways to join the Sacraparental conversation and keep in the loop. You can get emails whenever there’s a new post here by signing up at the top of the right-hand sidebar, and/or also follow us on Facebook (for extra links and resources, daily), Pinterest (for link-plantations) and Twitter (for occasional ranting and raving).

34 comments on “Women in Ministry: The Church’s Missing Workforce”