The Sacrament of Breastfeeding #4: Mary and Jesus

We don’t know for sure that Mary was a breastfeeding mother, but it seems a reasonable inference. 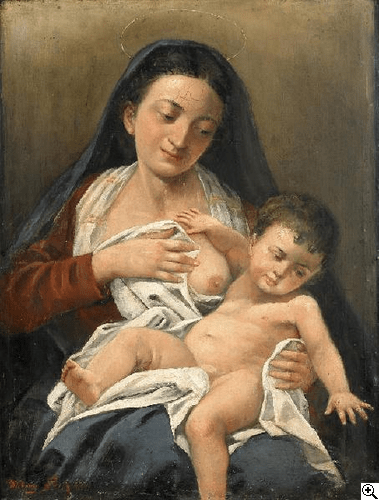 In a time before formula and modern medical care, she would have had few other options, and if she or someone else hadn’t breastfed Jesus he would almost certainly have died in infancy, from malnourishment or water-borne disease, as one in five children in today’s developing world do.

If Mary had found breastfeeding terribly difficult or impossible, a wet-nurse may have stepped in. My instinct is that we would know this if it had happened for any length of time, since Mary was in Jesus’ inner circle throughout his adult ministry and probably had a strong influence on the early church. We know so much that is private about her life at the time of Jesus conception and birth that the presence (and influence) of a wet-nurse would surely have been recorded. Any wet-nurse would have been sainted early on, is my guess.

The (likely) fact that Mary breastfed her firstborn – as most mothers did, of course – became significant in the early church and inspired a surprising amount of art. There’s even a name for a depiction of Mary feeding Jesus – Maria Lactans or Nursing Madonna. Google that for hundreds of images.

[How the sexualisation of the breast helped kill this artistic subject is a separate question, considered in this helpful article.] 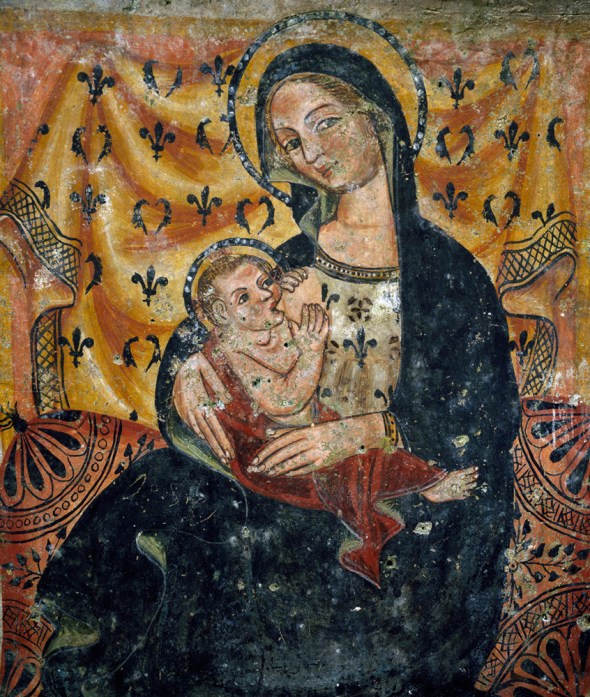 I don’t think there’s anything mystical or normative about this (despite a story about a statue of Mary blessing Bernard of Clairvaux with her breastmilk!). She’s just doing what millions of women, before and since, have done as part of surrendering their bodies to bear their children. It doesn’t make breastfeeding any more or less wonderful and it certainly doesn’t mean that every mother who respects Mary or worships Jesus must breastfeed.

But I like the idea, nevertheless. The incarnation, the Word-became-flesh, is absolutely central to Christianity. God didn’t just visit, but became one of us, in solidarity with us.

Jesus was so very embodied that he needed to suckle at his mother’s breast, just as my son does. He was nourished by her body so that he could redeem us with his.

The Word became flesh – partly Mary’s flesh. Her own flesh produced food for him that his body used to grow more flesh. His embodiment is partly thanks to hers. 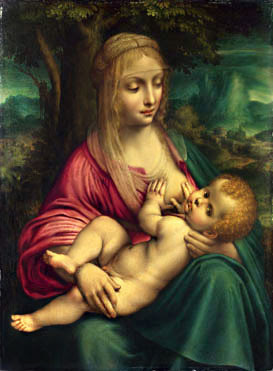 I give Mary a lot of the credit for how Jesus turned out – that he survived childhood, for a start – and that through her wise, even prophetic understanding of God and the world, she nurtured a young man who could make the choices he made as an adult. Read her song in Luke 1 if you need a reminder of how extraordinary she was.

I’d like to pre-emptively take credit for SBJ too, in the same way. I hope he will grow to be kind and wise, someone who serves others and make the world a little bit better by being in it. And I’m going to look on the high points of his life with the satisfaction of someone who has nurtured him with her own body, as well as with sleepless nights, patience heretofore unknown and all the love and care I can find for him.

Of course it is only the first of those that is the preserve of a breastfeeder – anyone who enters the life and raising of a child gets masses of credit for all the sacrifices they cheerfully or exhaustedly make.

The incarnation – enfleshment – is concrete spirituality. Love is an ephemeral word, but nourishing someone from your own body is a concrete act of devotion. For breastfeeding mothers everywhere, there may be times when love or patience for a demanding child is hard to locate. But every drop of breastmilk your body creates and delivers is a sacred incarnation of your love for your child. 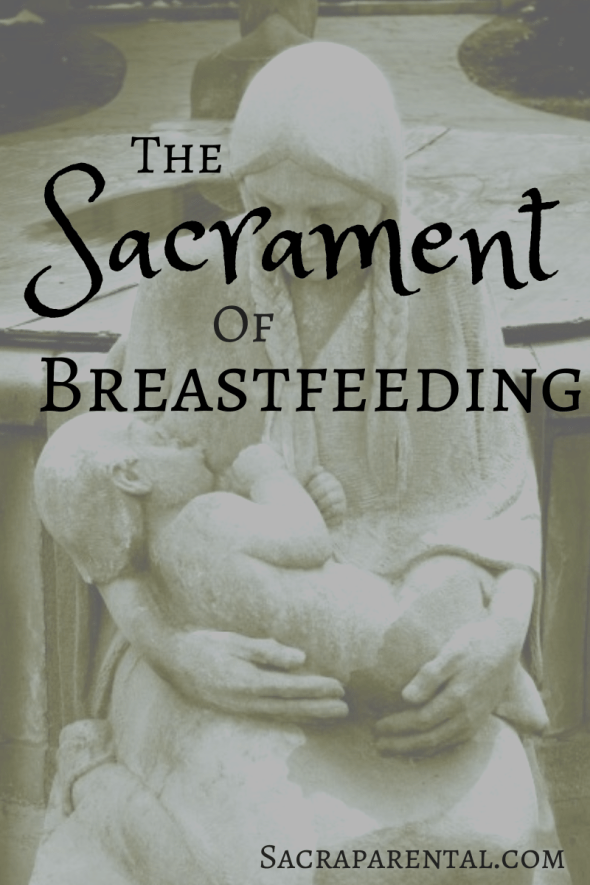 This is part of an occasional series on how breastfeeding and spirituality go together. The series list is here. The earlier posts are:

2 comments on “The Sacrament of Breastfeeding #4: Mary and Jesus”