You might remember wedding celebrant, community worker and all-round high-quality human being Laura Giddey from this cool post about buying locally-made Christmas presents.

We’re lucky to have her back with some reflections on being single. Please make her welcome in the comments below! 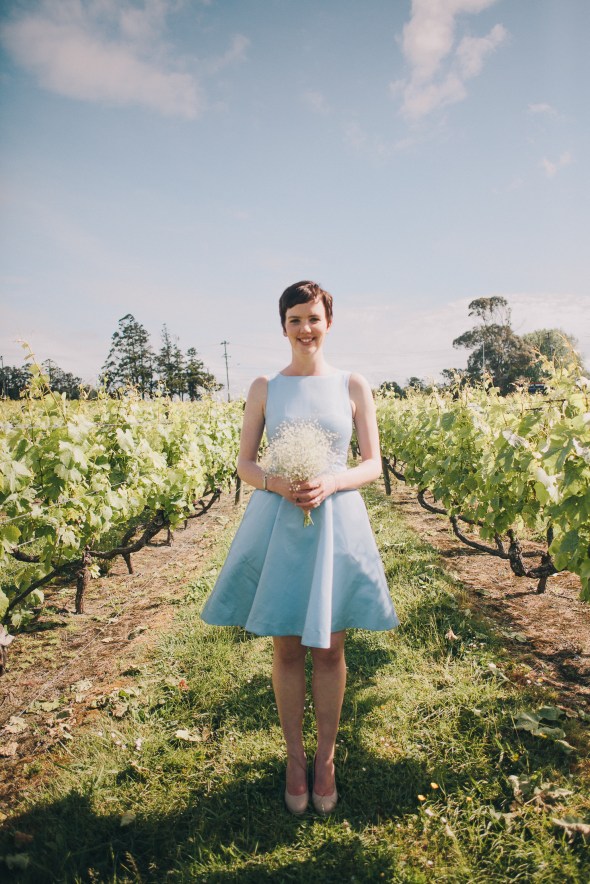 I’m 26 and single and this has many great perks. I’ve learnt how to change my own oil and tyres, I’m not forced to watch any sport that I don’t want to, I don’t have to check in with anyone about where I’m going and who I’m with, and I’ve picked up a few lessons that I might not have otherwise.

I’ve learnt that it’s ok to go to a wedding and be over the moon happy, and then come home and cry. I’ve learnt that sometimes people will say weird, insensitive things, (like “so why are you still single?” or “if you had long hair you wouldn’t be single!”) but they often don’t mean it, and you have to laugh. I’ve learnt that boys are confusing but girls are also confusing, and life would be so much easier if we were all just honest with each other. I’ve learnt that I can have significant relationships with male friends and their wives or girlfriends if I am self aware. I’ve learnt what I need and what I want and that I’m not weak for wanting to not be single. I’ve learnt that being single doesn’t define me.

Over the last few years I made the decision to embrace life and live a full one, for the right reasons. I have always had a pretty active life with lots of commitments, but sometimes I would engage in certain activities with the hope of meeting someone. I would go along to a party in order to see a particular person, or meet a new one. I would try something new in order where there might be a Ryan Gosling lookalike lurking.

I’ve really had a shift in this thinking as I’ve gotten older. Having a full life doesn’t guarantee meeting someone. I was putting a lot of pressure on myself and then being disappointed if I lived with the aim of meeting someone. I’ve decided to have a full life, just for me. Not in order to be a better wife or mother one day, although that’s a bonus, but just to be a better Laura.

In the last year I’ve been asked to speak twice on being single, as apparently I’m a professional. One seminar was called ‘Navigating Life and Ministry as a Single Person’. As if I’m a ship. More like a kayak. So in preparing that talk, I discovered a few things that I had learnt over the years. It actually ended up being a helpful process. I appreciated being asked even if I never thought I’d want to be asked! So I’m grateful for the chance to form some ideas on the topic.

Shame is hugely debilitating and unhelpful

I feel a weird sense of shame when I say I’m 26 and single. It’s not something I’ve chosen and it’s the only thing I can’t make happen for myself no matter how hard I try. It’s not helpful to feel like I shouldn’t want a partner, like God or my friends or my life should be enough, like I should be focused on other things. Firstly that’s a lot of ‘shoulds’. And shoulds are annoying.

Shame leads to feeling guilty and that spirals downward. Shame is not about a healthy conviction that leads to change. Shame is not good for anyone. And it’s a present reality, not just an idea.

Researcher Brené Brown calls it a vulnerability hangover. It happens when I go to a wedding alone, or when I ask someone out and they say they are moving to China (hypothetically), or when someone, again, says “God gives you the desires of your heart” and I think, is any of that true, haven’t I done that? I feel vulnerable and exposed and small. Because somehow togetherness has been made the idol and singleness is a weakness.

If we follow through our logic and words sometimes, we’d realise the fault in them. We live in a world where things aren’t the way they should be. Babies in Uganda are born into poverty. Kids in the Ukraine suffer from addiction issues because their parents raise them addicted. Adults seem to be constantly diagnosed and dying of cancer. I have friends starting IVF, desperate to get pregnant as after years of trying, it’s not happening naturally. And I would love to not be single.

We have desires in our hearts, but I don’t think that means God has to give them to us. We are part of a much bigger, cosmic redemptive story that is grand but also personal. It’s huge but we are not lost in the midst. That doesn’t mean that a kid in Africa gets enough nutrients today just because she wants it. Because we live in a broken world.

But we have hope. And we attempt to bring that redemption about in ways that aren’t shaming or guilt inducing. So getting coupled off isn’t the answer. So marriage is not the answer. And singleness is not a problem to be fixed. It can be redeemed but not always solved. So through experiencing my own shame around singleness I’ve grown attuned to not setting other people up in shame.

We can’t get stuck in shame. “Our shame was deeper than the sea but grace is deeper still” sang Matt Redman. An abundant life isn’t about always getting what we want but it isn’t about shame either. Abundant grace is what we cling to.

Acceptance brings freedom as long as it’s not conditional

As with most things in life you can accept them or they can continue to be a point of struggle and pain. I circle back to moments of accepting my single state and surrendering that pain. But this isn’t a trick to get what I want. I’m not accepting with one eye open ready for God to drop Ryan Gosling at my feet when I say I’m happy single.

I’ve heard so many people say, “You’ll meet someone when you stop looking.” Well, no. You might. I might. There is no magic formula. So acceptance can be hugely life giving if it’s just acceptance without add-ons.

It is for freedom that we are set free. And the grace that Jesus gives us; to grow closer to him, to have him grieve with us, to learn about ourselves, to develop passions and interests, to make the most of our independence, to watch other relationships unfold; these are things I wouldn’t actually want to lose. Whichever situation we are in, we receive it as grace gift.

And lastly, around hope.

I do have hope for the future

Two of my friends had their first baby through IVF recently and they named her Hope. But another beautiful friend who would love to be in a relationship hasn’t let that stop her and is serving overseas to women who need love and valuing. We don’t know many things for certain but we know God’s presence to be true and constant. And so that’s where my hope is.

I don’t have a guarantee that I’ll get married because I don’t believe it’s a right, but a privilege. In the mean time I get spontaneity, freedom, and flexibility which I love.

I’ve also thought a lot around sexuality and choice and how, particularly, we teach our young people these things. Is it helpful to encourage that true love waits, when ‘true love’ might not happen? Isn’t it rather true love obeys, in spite of the outcome? I think having this personal reality of singleness has been invaluable.

Plus, did I mention I can replace an S bend? Because I can.

Now it’s your turn – I’d love to hear your thoughts and stories.

How have you embraced singleness (recently or in the past)?

What have you found to be a struggle?

If you are married, how do you engage with your single friends?

Laura Giddey is an Auckland-based wedding celebrant, writer for PIKDAT, and community facilitator with Splice. She enjoys reading, baking brownie, The Film Festival, and performing a good parallel park. Keep in touch with her here or on her celebrant Facebook page.

Single #1: Open thread (check out all the excellent comments on this post)

The shadow image is by Nina Matthews. If you have a story to share, please get in touch. If you have a story to share, please get in touch.