The Secret Life of a Wedding Celebrant: Laura Giddey [Guest]

Welcome back to one of our most popular guest posters: wedding celebrant, community worker and all-round high-quality human being Laura Giddey.

I just got married for the thirteenth time. I’m hoping it’s a lucky number for myself, the bride, and groom. You see, I’m a wedding celebrant and for two years I’ve been marrying couples from Matapouri beach to Manukau Heights. 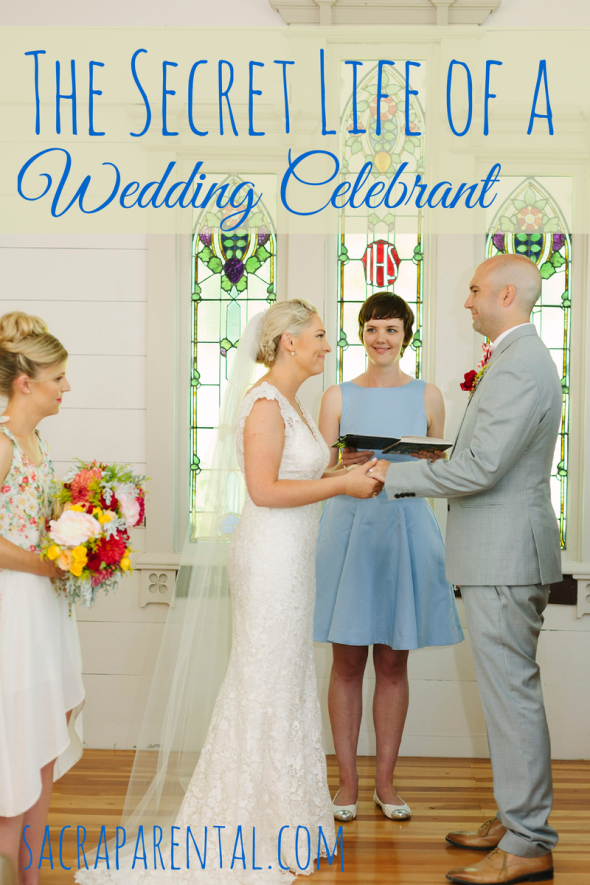 I was honoured to be asked by two good friends, Sarah and Dan, to take their stylish Mt Eden wedding in April 2012 and I was quick to say, “I do!” It was extra special to be able to marry friends, I even struggled to make it through the pronouncement without crying! It was a real treat and I think of my first wedding fondly. The day was such fun that I decided to stay in the wedding industry and have been building up my wedding business since then.

I love being a celebrant; it is such a joy to be involved with people during a really significant time in their lives. And each wedding has had its own quirks. One groom read his vows from the back of a pizza box while another barely made it through his without crying. I was the mysterious guest at two weddings that took place at engagement parties where friends and family had no idea what was about to happen. Another wedding was a beautiful Indian celebration that was followed a few months later by an extravagant second wedding in India. Some weddings have been on beaches, others in houses, others at gorgeous hired venues. One wedding even took place in a hotel on the weekend of Cyclone Luci, because the beach was well and truly out of the question.

In heterosexual weddings, the brides have been the driving force behind the wedding planning. It is because of this that I most enjoy the time before the service begins, when I get to wait with the groom for the bride to arrive. They are often a bit anxious (even though the bride always turns up!) and it’s nice to have some time putting them at ease. And of course then I get to see their reaction up close as they see their fiancée coming.

It seems in a world that appears bitter about love and marriage, couples are still choosing to head down the aisle. I’m contacted about a wedding most weeks and I know other celebrants in the same situation. Marriage is still relevant. I find that my couples are really excited to commit and celebrate their day in front of all their favourite people. And while a few affairs are still decadent and huge, more engaged pairs are opting for a low key day and time spent with guests and money spent on food and photographers. I’ve also noticed a trend in professional photos happening before the service so that more of the day is spent with family and friends, as well as less of the traditional mention of parents “giving” children away. Many of these traditions appear outdated to couples getting married in 2014 and beyond, and they are choosing rather to include their own beliefs and personalities in their day. 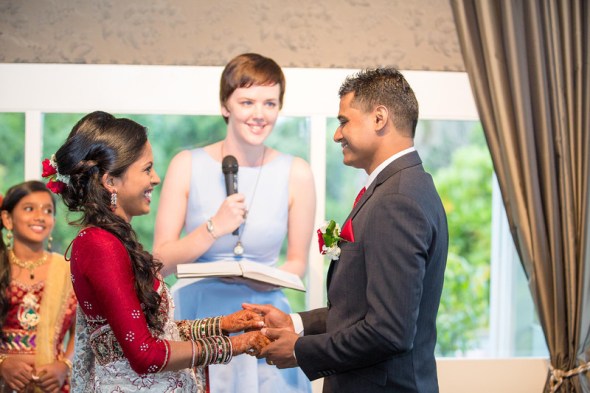 I look forward to celebrating with many more couples of all kinds of ethnicities, sexualities, and religions, in many kinds of weddings over the years to come. And I’m encouraged to know that people still want to marry each other, and me.

Do you believe marriage still has a place in current society wherever you are?

How have you seen some weddings celebrated that reflect the couple rather than tradition?

If you are married, how would you do your day over? What elements would you keep and what would you disregard? Please leave a comment below!

If you know anyone looking for a fabulous wedding celebrant, check out Laura’s website: lauragiddey.co.nz

2 comments on “The Secret Life of a Wedding Celebrant: Laura Giddey [Guest]”