The Sacrament of Breastfeeding #5: Bible Blokes and Cultural Capital

Nah, don’t worry, I’m not going to launch into a breastfeeding campaign using biblical texts to convince you of anything.

I just thought this was a nice point made by someone on the Dulce de Leche blog.

Therefore, rid yourselves of all malice and all deceit, hypocrisy, envy, and slander of every kind. Like newborn babies, crave pure spiritual milk, so that by it you may grow up in your salvation, now that you have tasted that the Lord is good.

In making a serious point to adults in a formal piece of rhetoric, Peter uses the imagery of breastfeeding. I find that quite lovely. 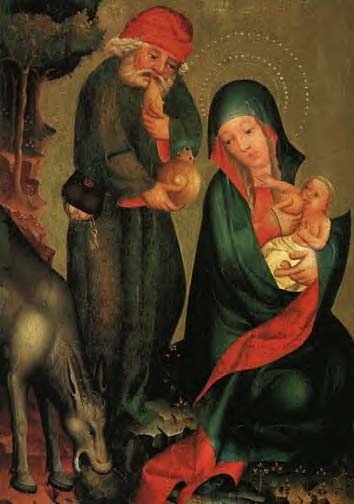 Detail from the Grabow Altarpiece, 1383, Bertram of Munden

Peter’s mother-in-law makes an appearance in the Gospels, so we know he was at some point a married man. But he’s speaking to a mixed audience and clearly sees nothing shameful, controversial or even private about how infants are nourished. This is in contrast to much of the enlightened West these days, let alone the modern Middle East.

I recently read a comment from Claire in Tasmania that made a deep impression on me. In reference to another mom bringing up the issue of modesty, she answered, “I’ve decided it’s our ministry to nurse in church because
a) for those who ‘don’t know where to look’ (which someone apparently said to the minister’s wife) – it’s a life skill they need to learn, and where better to learn it?
b) for everyone who reads passages in the Bible written by people who assume knowledge of breastfeeding (“like newborn babes crave pure spiritual milk”), there is so much more to the imagery there than just nutrition, yk? Peter’s imagining that great big grin as your hungry baby sees that he’s about to get what he wants, and the responsiveness of the relationship, and the bonding and the contented, milk-drunk smile at the end… If we don’t provide that subconscious imagery, who will?”

This reminded me of the conversation I had with a five-year-old friend when SBJ and I were staying overnight at her family’s house. It was the night before we were moving house and I had mastitis. SBJ was a couple of months old. We abandoned ship so my husband could pack and I could have the bedrest my doctor had prescribed.

I was feeding SBJ in bed when she came in to say hi and then quickly left. She went to whisper to her mum: ‘What’s happening with her breast!?’ Her mum assumed she was talking about the red streaks from the mastitis, but no, she meant what on earth was I doing holding my baby’s mouth there! She’s the youngest so she’d never really seen breastfeeding. Her mum explained. Her response? ‘Yuck!’

Once she’d got over how gross it was she was fascinated. She came back and interviewed me at some length, in a hilariously adult way. ‘So, what’s it like when he feeds?’ ‘So, how do you manage in the middle of the night when you have to get up to change him?’ That’s a direct quote from this budding social worker, aged five.

What a privilege to be the one to introduce her to breastfeeding (though, yes, her Mum had already done that a while ago…), and, incidentally, give her access to the many instances of metaphors in the Bible that rely on knowledge of babies and breastfeeding.

I’d love to hear your stories. How have you found breastfeeding in front of other people – children or adults?

This is a reworking of an earlier post to include it in this occasional The Sacrament of Breastfeeding series. The earlier posts in this series are:

Dr Tim Bulkeley has also contributed a series on speaking of God as Mother which discusses the images of nursing in the Bible. 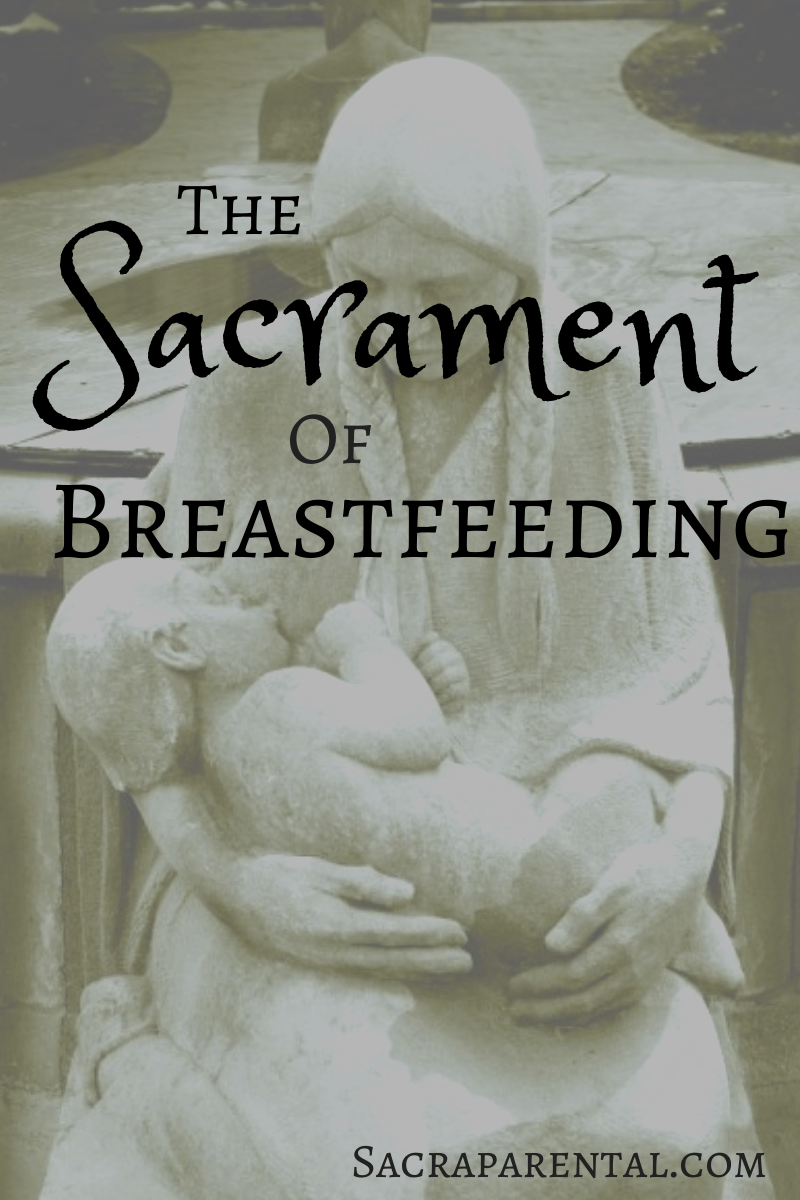 2 comments on “The Sacrament of Breastfeeding #5: Bible Blokes and Cultural Capital”