The Sacrament of Breastfeeding #6: Mastitis and the Trinity

Welcome! This is a reworking of an earlier post, from March 2013 (just so I’m not soliciting undue sympathy: I’m fine now!). 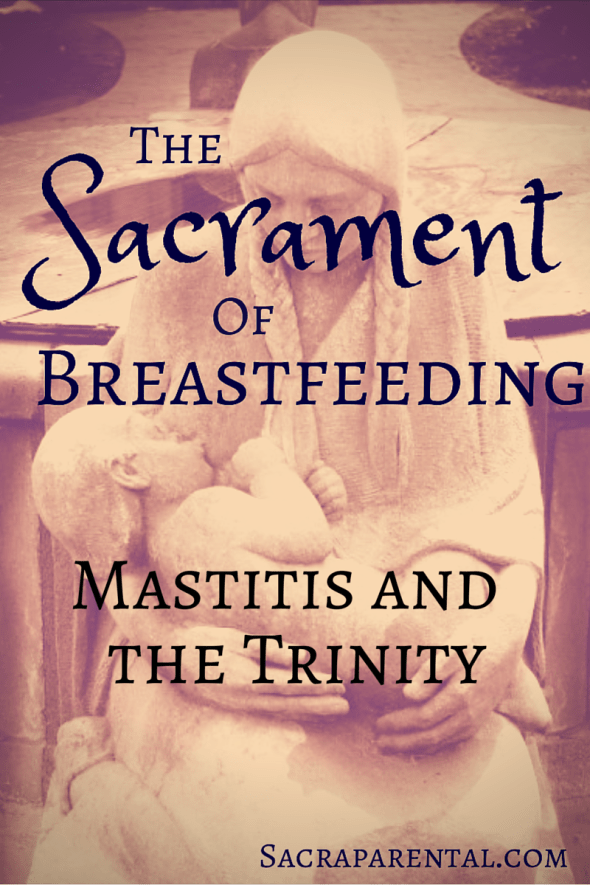 Being a woman equals being in community. The same might feel true for men (I hope it does), but I can’t write that blog post, being in possession, as I am, of two X chromosomes.

One of the virtues of the mind-bending, paradoxical, beautiful, tricksy Christian doctrine of the Trinity (God is Three and One and Three-in-One) is its demonstration that community is at the core of personhood. The amazing God-of-the-Universe is perpetually, ontologically in community, and we who are created in God’s image, to reflect some of God’s essence, are built the same way.

It may (or may not) be that women have an easier time accessing this sense of belonging to a web of other warm bodies. 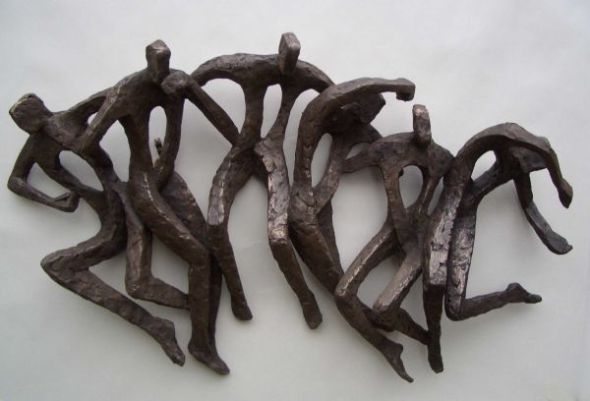 If we are lucky, as little humans we learn that we have a place to belong in a family and wider network of big and little humans who love us, put up with us, teach us stuff and smile as they see us gain centimetres and smarts. Before we venture further into the wide world, we learn lots of cool things from our siblings, cousins and neighbours (how to hop, whistle and make bows and arrows; the local rules of four-square and go-home-stay-home) and we teach those things to our siblings, cousins and neighbours.

Puberty brings so many surprises that young women desperately need other women in their lives. There’s just too much that you can’t learn by yourself. Someone has to tell you not to get a spiral perm (thank you, Phoebe).

Again, if we’re lucky, by the time we’re adults, men and women, we realise that the goal isn’t independence but interdependence, that it’s worthwhile being kind to people and that our friends often make us who we are. Community, a sense of our place in the connecting web, underpins everything.

Yesterday was International Women’s Day as well as a few other things, and it lingers on in the eastern Pacific if I type fast. One of my favourite bloggers, Lucy at Lulastic, is hosting a blog link-up for the occasion, so I’ve been thinking about what to write about for a week. I had a bunch of different ideas from global concerns like fistulas, trafficking and gendercide to the more subtle pressures over women’s surnames. Then my breast got in the way. How appropriate.

I’ve spent the week with mastitis, and the surprisingly nasty side-effects of the only antibiotics I can take for it. It’s only the second bout I’ve had in fifteen months of breastfeeding, so I’m not complaining.

Actually, I really am complaining. It’s been horrendous! I’ve been in pain, feverish, dehydrated and exhausted for a week. Blergh!

But being a woman, a human person, is about being in community, thank goodness. My community of women and men has looked after me this week and made it possible for me to lie in bed all day dozing to the radio, which is all I’ve been capable of for a few days, now. Illness of any kind is a reminder of how illusory independence is. Combine that with early parenthood and deep community becomes as necessary to life as oxygen and chocolate.

Half a dozen people have looked after SBJ over the week to give my husband some breaks. A couple have also cleaned and tidied, which has helped my mind be a quieter place. I’ve had lots of kind messages and some kind, tactfully short visits. Several healthcare professionals have been helpful and caring. My husband has been brilliant and amazing and deserves his own post, but may have to settle for this. I know I’m lucky.

I’m not sure, through the mild fever, that I’m quite making sense, but it somehow seems to me that mastitis plus being part of a caring community plus the Trinity together connect with International Women’s Day. Perhaps, in this same spirit of interdependence, I’ll rely on you to join any dots I’ve left unconnected.

So here’s to women, and the men and women who surround them. G’night.

This post is a revisiting of an earlier one, originally written for International Women’s Day 2013, and I’m now including it retrospectively in my occasional series, The Sacrament of Breastfeeding, which includes these posts: 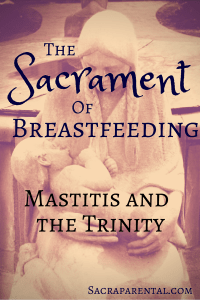 I didn’t have mastitis for International Women’s Day in 2014, so I wrote a bigger piece: 8 (easy and hard) Ways to Make Women’s Lives Better.

If you’re new to Sacraparental, please feel very warmly welcomed to join in the conversation in the comments below, and to follow along for more stuff on Facebook (for daily extras), Pinterest (the Breastfeeding and Gender Politics boards might interest you) and Twitter.

8 comments on “The Sacrament of Breastfeeding #6: Mastitis and the Trinity”