‘We Refuse to be Enemies’ #2: A Christchurch Minister visits Palestine and Israel [Guest] 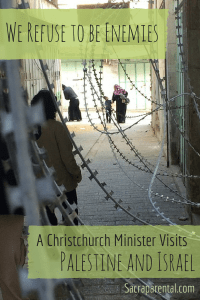 Chris grew up in Timaru and West Auckland.  He has been in Baptist church pastoral leadership roles for over 20 years in exciting places like the South Island’s West Coast and central Christchurch.  Experiencing the destructive forces of the 2010-2011 Canterbury earthquakes has introduced him to new layers of care, community response, and recovery red tape. He currently owns four old Fiats, some of which are drivable, and secretly wishes he was in Dave Dobbyn’s band as the fiddle player.  He is learning to share the Fiats with Julie and their three children.

This is the second part of his guest series on his recent visit to Palestine and Israel with World Vision. You can read Part 1 here. 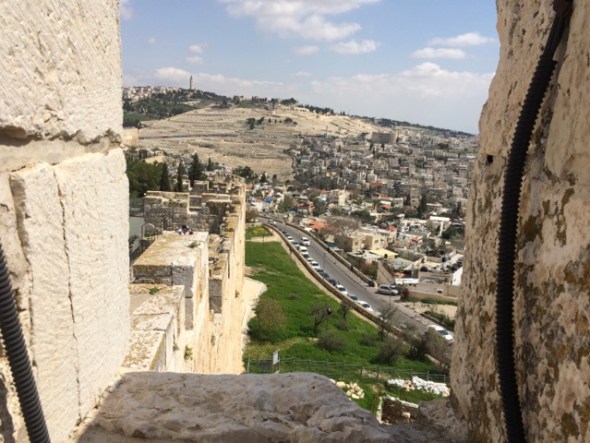 There could be nothing but despair in Palestine. But hope is what I saw in repeated and surprising ways. God is not fenced in, or fenced out.

The school visit was moving. A school led by a visionary who has faced the worst of a conflict’s ‘collateral damage’ and yet insists on investing in education. His own daughter was killed by a mistaken identity shooting – occupation soldiers fired on his family car, thinking it belonged to someone else.

The school he leads is full of life, promise, potential, joy, dreams. It relies on support from the likes of World Vision in order to offer as much educational opportunity as possible. Teenagers spoke of becoming lawyers, journalists, graphic designers. They all had cell phones and Facebook accounts, but few had ever travelled to Jerusalem, or even the beach. 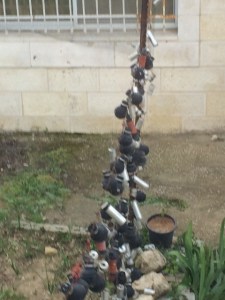 Young life in the schools, as young life so often starts out, was full of joy and possibility and potential. Smiles, wide eyes, intellects that were soaking up the education being provided.

World Vision provides resourcing and facilitation that is vital in this. Community involvement in one school had been markedly increased as a result of the help World Vision was giving. The establishment of a youth board, and the associated election campaign to gain membership of the board had all been encouraged and facilitated by WV. This had drawn in the local Mayor, his associates, family members and others. The hope in this village was palpably evident in the vibrant smiles and articulate questions and answers coming from the youth. The future leaders of Palestine were sitting in the room.

The worship service in Bethlehem we were able to attend gave another insight into hope. For the first time in my life, it was clear that I was participating in a Christian worship service with ‘the persecuted church’.  There was evidence of passion, focus and desire that I do not often sense in worship in New Zealand. It must be to do with the backdrop.

There is real pressure on the Palestinian church: from the Israeli occupation; from (to a lesser degree it appears) Muslim Palestinians; and by default, from Western Christians. This third group have a few nuances: there are those who are overt supporters of Israel with little or no critique of who or what Israel is or does; there are also those who are ignorant of the ‘family’- our family, as it happens. 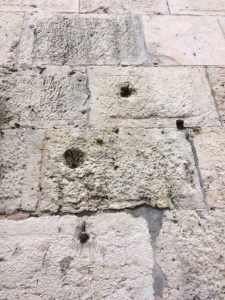 I was a bit like that, with just a vague awareness of a Palestinian church. Sitting with them, praying, singing, reflecting on scripture, hearing a passion-filled sermon from 1 Peter 2:18-25 that was sharp, acute, and extremely applicable – because it was about the sufferings of Christ putting our own issues into the correct context – is something I’ll never forget.

18 Slaves, in reverent fear of God submit yourselves to your masters, not only to those who are good and considerate, but also to those who are harsh. 19 For it is commendable if someone bears up under the pain of unjust suffering because they are conscious of God. 20 But how is it to your credit if you receive a beating for doing wrong and endure it? But if you suffer for doing good and you endure it, this is commendable before God. 21 To this you were called, because Christ suffered for you, leaving you an example, that you should follow in his steps.

22 ‘He committed no sin,
and no deceit was found in his mouth.’

23 When they hurled their insults at him, he did not retaliate; when he suffered, he made no threats. Instead, he entrusted himself to him who judges justly. 24 ‘He himself bore our sins’ in his body on the cross, so that we might die to sins and live for righteousness; ‘by his wounds you have been healed.’ 25 For ‘you were like sheep going astray,’ but now you have returned to the Shepherd and Overseer of your souls.

But as we sang the second hymn, it struck with force: the lyrics, and the singers, were voicing the cry of a persecuted people. It included lines that we would never dream of singing – because we simply don’t need to:

With desire and tenderness and patience of years, with all certainty and faith,
we are gazing towards heaven and waiting to see you with our eyes.
The night is ending, and the morning is near.
Our groom is coming to take us and settle in His dwelling.

And yet, in that room, despite the power cut, and the slightly voyeuristic photography we were engaging in, there was joy. Joy, hope, and a sense of call – a call from God that was a call to stay. Many have not stayed – but these ones have. They asked us to pray that they will remain strong, remain present, and that more will answer the call to faith in Christ.

There’ll be more about how we can support the Palestinian church in a later post. 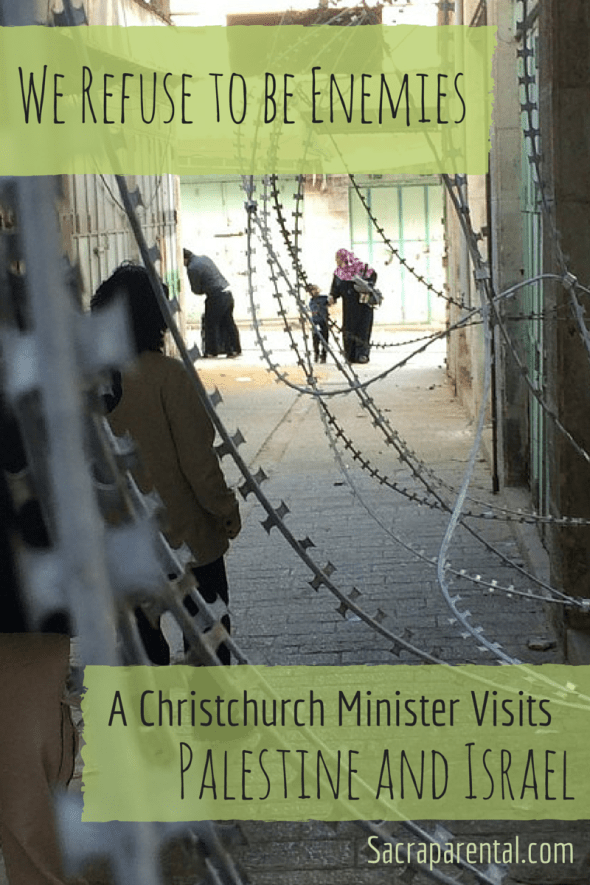 2 comments on “‘We Refuse to be Enemies’ #2: A Christchurch Minister visits Palestine and Israel [Guest]”