How the Maps are Wrong (and Why It’s a Problem)

With friends and family scattered all over the globe, I’d love to have a huge map of the world in our house. When we move to Thailand later this year, it’ll be a priority purchase.

The only reason we don’t have one already is my West Wing addiction.

What a marvellous show. I rewatched all seven seasons in late pregnancy and early breastfeeding with my first baby. SBJ would probably still recognise the theme tune.

More than one West Wing episode is about Leo (the White House chief of staff) running his Big Block of Cheese Day where ordinary people get access to high level staffers to get their message across to people in power.

This is his spiel, trying to get his unconvinced staff on board for a day away from normal business:

‘President Andrew Jackson, in the main foyer of his White House, had a big block of cheese. The block of cheese was huge–over two tons. And it was there for any and all who might be hungry. Jackson wanted the White House to belong to the people, so from time to time, he opened his doors to those who wished an audience. It is in the spirit of Andrew Jackson that I, from time to time, ask senior staff to have face-to-face meetings with those people representing organizations who have a difficult time getting our attention. I know the more jaded among you see this as something rather beneath you. But I assure you that listening to the voices of passionate Americans is beneath no one, and surely not the people’s servants.’

Leo McGarry, ‘The Crackpots and These Women,’ Season One, The West Wing

The group that really succeeds in getting the attention of the senior staff, and also me, is the Organization of Cartographers for Social Equality. Their message is astonishing:

I’ve often imagined God looking at our planet and not caring much about national borders (more of my views about selfish immigration policies are here). Since seeing that episode of The West Wing, I’ve also thought that God is among the few who know that Africa is 14 times larger than Greenland. 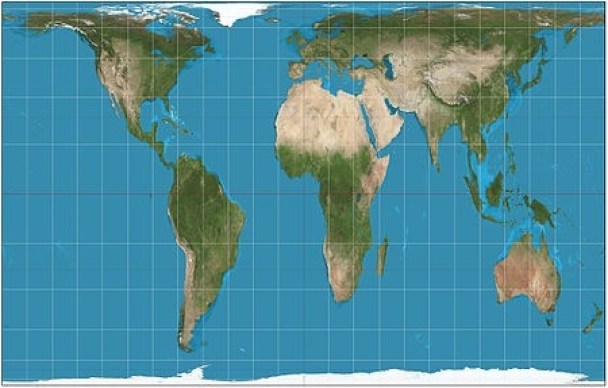 The Peters (or Gall-Peters) Projection

In the past I’ve tracked down Peters projection maps for a church I worked with and for my theological college, to use in prayer and worship, and I’d like one for our home.

The map has been controversial among cartographers (apparently), and, of course, any flat map isn’t as representative as a globe of the reality of the planet’s proportions. There are, it turns out, dozens of different flat map projections that I’m wholly unqualified to compare. If you don’t want a Gall-Peters, how about an Eckert IV? Or the pleasingly named Winkel Tripel? 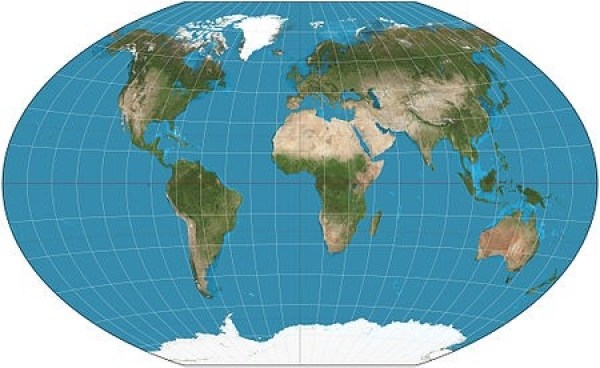 Oxfam, the United Nations Development Program, the Mennonite Central Committee and a bunch of other international social justice groups have adopted Peters projections in their work for the same reason. National Geographic has gone for the Winkel Tripel.

In fact, you can buy a Peters from New Internationalist, online. Amazon has the only Winkel Tripel option I’ve seen available for purchase. 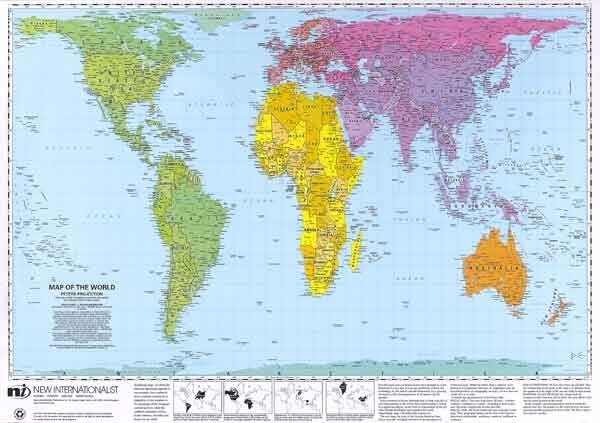 Or you could go super hardcore and get an ‘upside-down’ version, popular in the Southern Hemisphere. As a teenager I had a poster on my wall of the map that’s on this tea-towel: 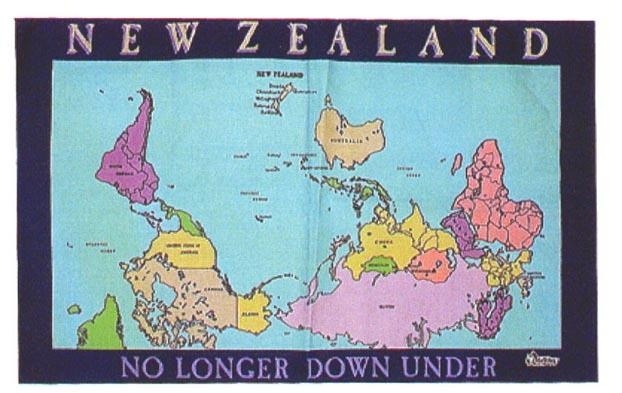 The West Wing clip makes a great argument that the old Mercator projection marginalises much of the developing world. So I reckon exposing our kids to these other projections is another way we can raise a generation of kids for social justice. 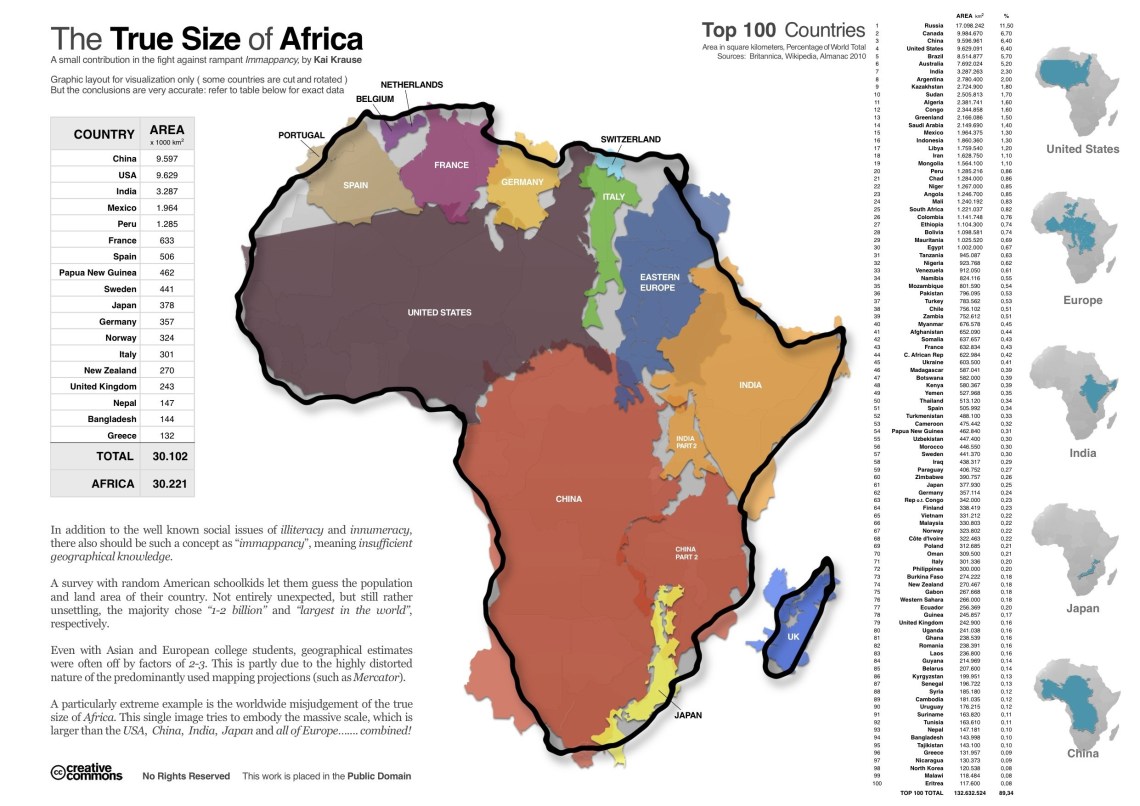 I haven’t quite decided which one is for us, though the New Internationalist Peters projection is out front. Maybe a few different ones around the house would expose the cartographical compromises and open discussion.

I’m not suggesting this is the most important parenting decision I’ll make this year, but I do love a good map discussion. I’m keen to hear your thoughts on maps at home or The West Wing, or both, I guess, if you are a member of The Organization of Cartographers for Social Equality.

If you’re newish to Sacraparental, you might like to check out the Sacraparental Facebook feed, which is a friendly, chatty place where I populate your news feed with cool links and resources most days of the week. You are also warmly invited to follow my Twitter feed and my Pinterest boards, especially the topical Change the World.

And if you want to be the first to know when there’s something new here, sign up for email updates in the box at the top of the menu on the right. Welcome!

You might be interested in these posts, too, on themes of social justice and practical things we can do at home:

6 ways kids can change the world

The refugee crisis: 13 things you can do to help

Protest is for everyone: 9 protest songs for adults and kids

47 Christmas gifts that can change the world