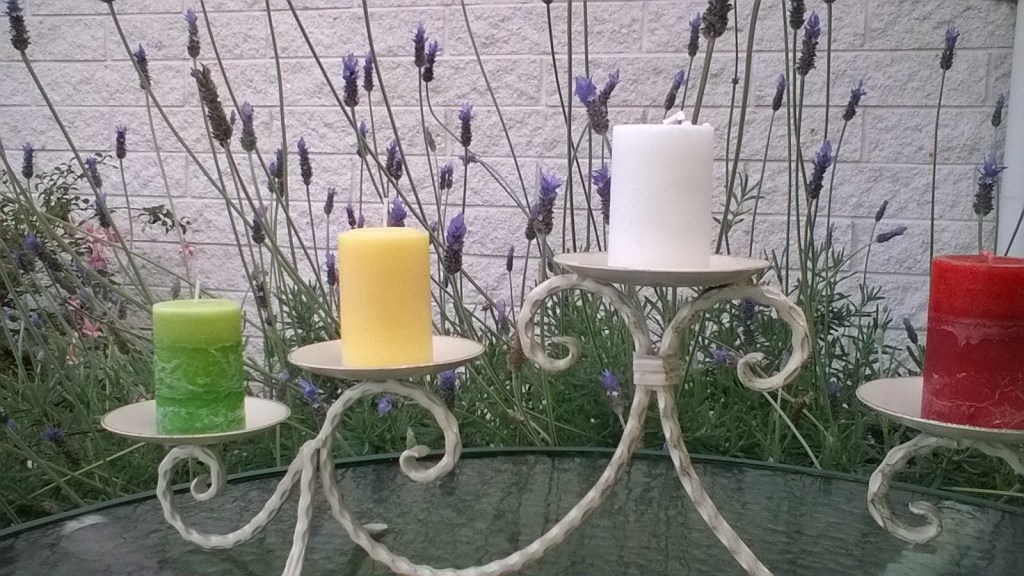 First, let’s take a deep breath. Especially if you feel like you’re late to the party.

It’s not too late!

Read this from Valerie at Watch for the Light, for anyone who comes to Advent in a busy, breathless state:

Come, Lord Jesus. Come, Holy Spirit. It’s 12:00am on the first of December and I’ve messed Advent up already. I’ve begun it all wrong. I’ve dropped my lamp and the oil’s spilled everywhere, if there was oil in it to begin with. 12:01am. O it’s the gnashing of teeth and the outer darkness for me, underdressed and giftless for the Christ-Child, locked out of the feast by bouncers with flaming swords.

Come Lord Jesus, even to us, the unprepared. The foolish. The tea-less and the desperate, the constantly-failing and the stumbling-over-days, the people walking in darkness who have seen a great light and wonder blearily whether they’ve reached the drive-through for the nearest McDonalds. Advent is our season, in our desperation and longing, in our mess and our foolishness, in the empty lamps and the shut doors and the sickness, time used badly, life used badly, things begun wrong. We live in the space between leaving home and coming home, the threshholds where we wait and whine and batter against doors that won’t open and answers that don’t come, where we grieve and long and light candles and put them out again, throwing shadows across all the things we’ve broken…

[Read more beautiful language at Watch for the Light.]

Our simple Advent plan that you can steal

We now have an almost five-year-old and an almost two-year-old in the house, so it seemed like time to revise our simple Advent traditions. With a lot of help from folks on Facebook, and actually not that much hard work, I’m feeling pretty good about what we have planned.

If you want some more ideas, or don’t know where to start, feel free to take whatever suits you from this account of what we’re up to. 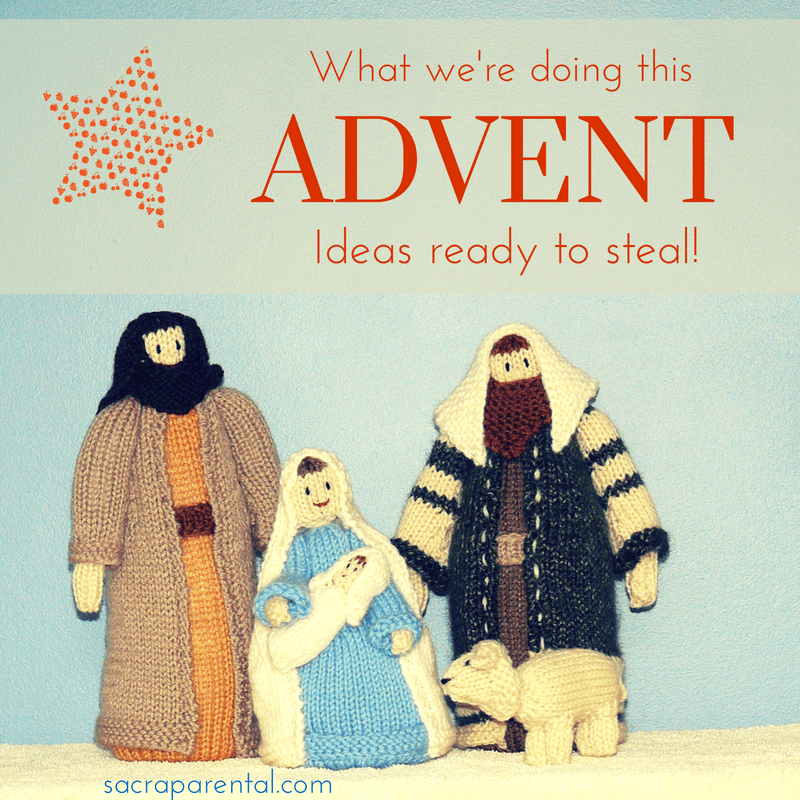 We are doing the same Advent candle plan as usual. Our colours are:

and a central white candle for Christ, to be lit on Christmas Day.

Oh, hold on, I don’t need to explain that, because here’s James to do so!

I set them up in a candelabra because frankly it is less fiddly than a wreath, and I’m pretty much always keen on the least fuss and faff. 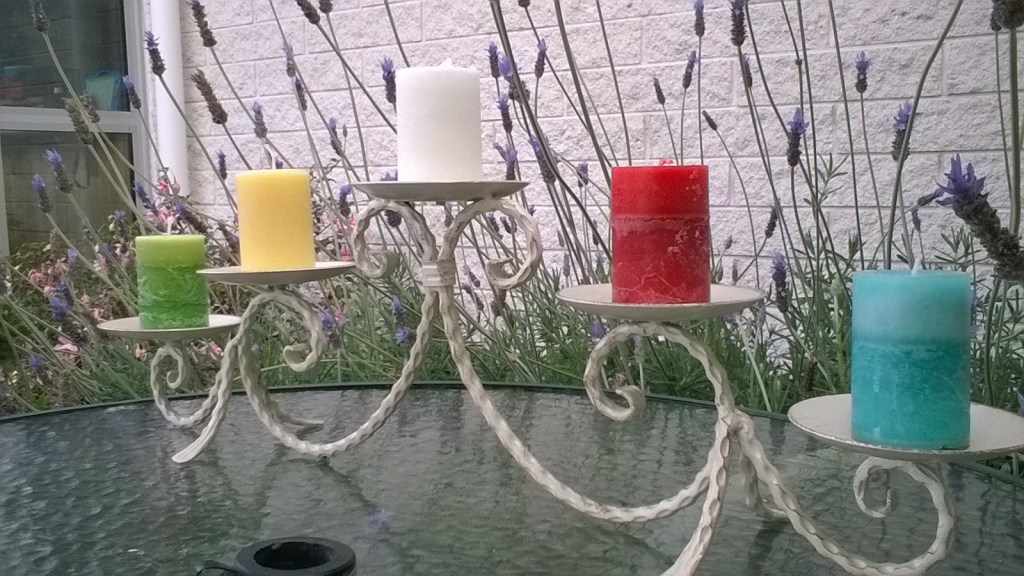 For the first week, we light the green candle each night, usually at dinner time, and then in the second week, the green and the blue, and so on. We start lighting the next candle each Sunday.

Read more about our Advent candle ritual with little kids.

Inspired by her equally lovely, clever and justice-minded sister-in-law Stephanie, she is now making and selling these sets of pockets to make your own Advent calendar.

This year I snapped one up!

They’re brilliant for Roanna’s Lego Advent idea, which I almost did this year. And I also almost got a couple of jigsaw puzzles to break up into 24 sets of pieces to put together over the month, but I couldn’t find any Jesus-themed ones, and I figured, for my little ones, it would become a distraction from Advent rather than a symbolic, spiritual activity, so not this year. 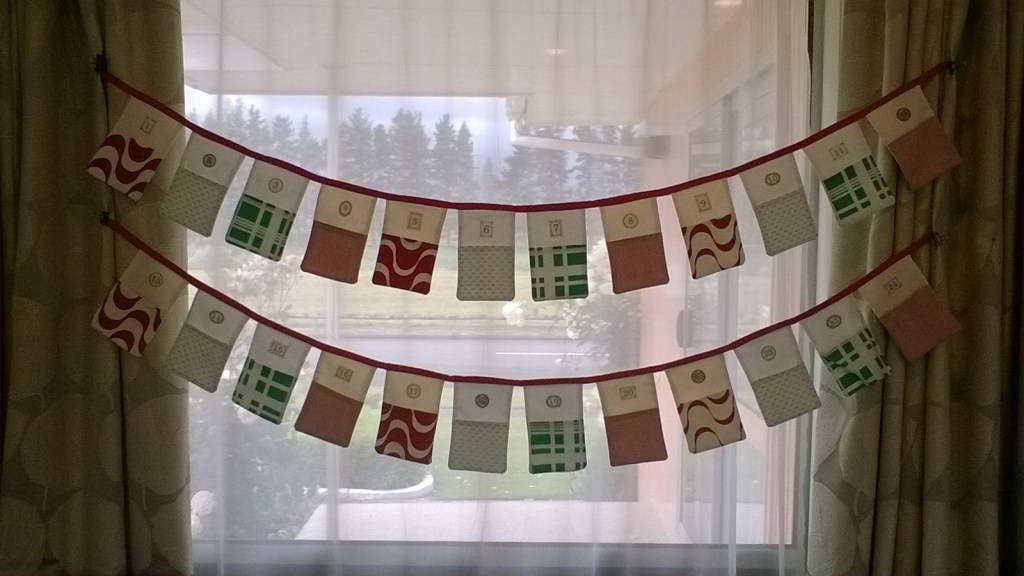 Here’s what I’ve put in the pockets:

Most days also have another piece of paper that says something else: 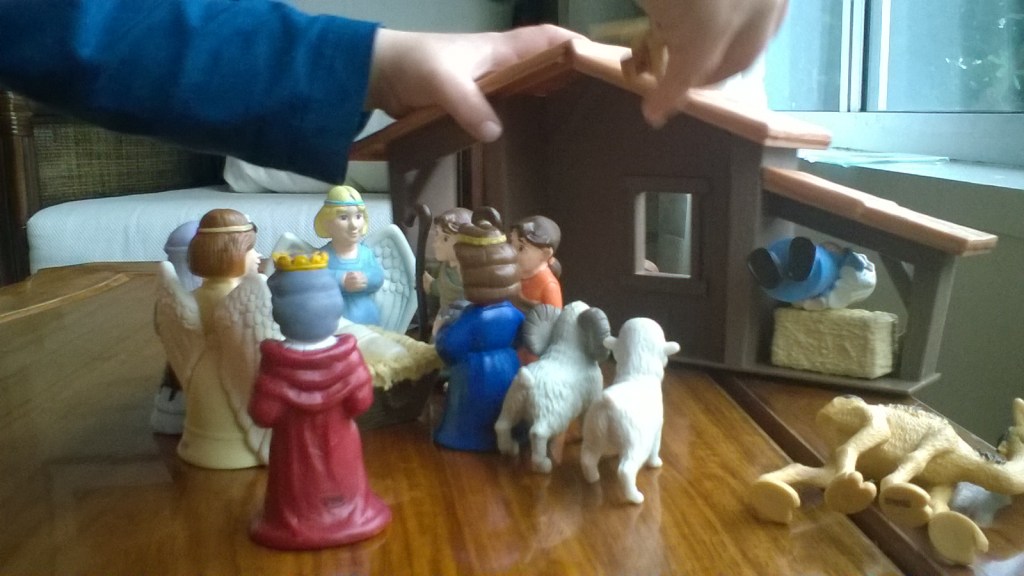 So far I’ve only filled half the pockets – I figure there’s plenty of time, and our schedule isn’t set yet. There will probably a Christmas Carol service to go to, and some lights to visit. And I’m just recycling the SING and READ notes into the second half when we use them.

It took about an hour of faffing around with the paper, but the kids got into it, colouring in the lettering and so on, so it was a pretty easy activity.

Now, you probably don’t have one of these lying around, but if I were trying to do a SUPER EASY version without Rachel’s bunting, I would probably just stick 24 plain envelopes to a wall or window and go for it.

There are lots of crafty options here, if you’re up for something more elaborate.

Thanks to our little guy’s English godfather, we also have a tradition of opening doors on a Canterbury Cathedral Advent calendar, which we all get pretty excited by.

This year I also bought a sticker one that I came across for the littler one, so they’ll each have one.

You can read more about the hows and whys of Advent calendars, and see a pic of my little one and his godfather opening the windows here.

That’s it! That’s what we’re doing for Advent this year.

For more ideas and resources on Advent and Christmas baking, crafts, service activities and more, not to mention an introduction to what Advent is for, do check out my comprehensive post full of tips and links: Advent with Kids: 76 Ideas.

And to see what seven other households, from four countries, get up to each Advent, check out What We’re Doing This Advent.

Please feel free to keep in touch with Sacraparental throughout Advent and Christmas by following Sacraparental on Facebook (daily extras), signing up for email updates (the box at the top right) and/or following me on Pinterest (the Advent board will be particularly relevant just now!).

And please leave your ideas in the comments below.

For more Advent and Christmas posts, check out:

47 Christmas Gifts that can Change the World 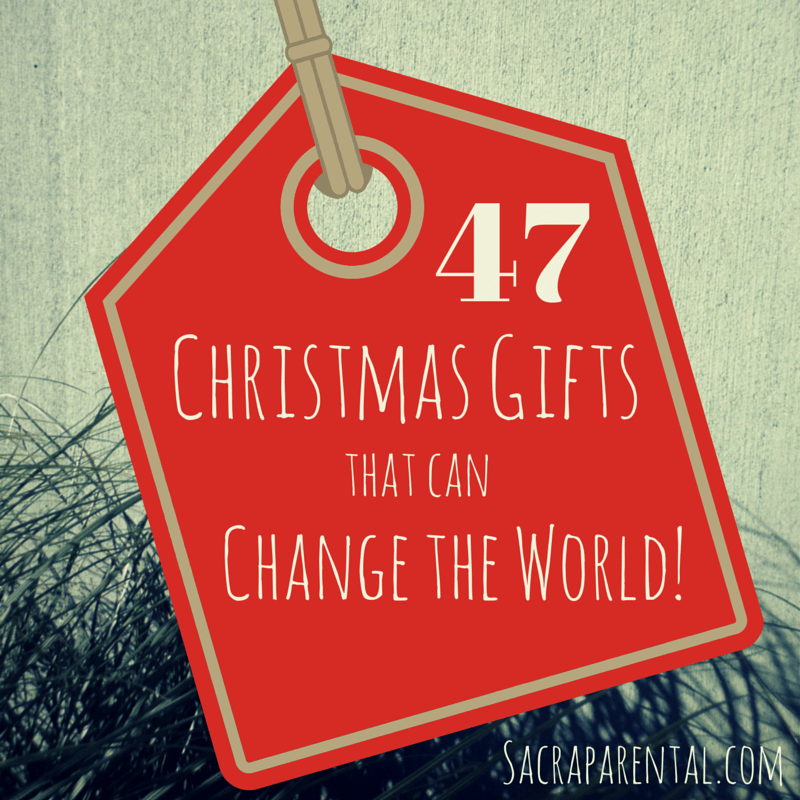