Have you ever noticed that all the animals in the popular children’s lift-the-flap book Dear Zoo are male? Every single one.

It’s not an isolated example.

[Read more at The Guardian.]

How many of your favourite picture books feature humans that aren’t white? Not many, right?

The Cooperative Children’s Book Center at the University of Wisconsin-Madison School of Education has conducted a survey of children’s and young adult books published each year since 1985. Of an estimated 5,000 books released in 2012, only 3.3% featured African-Americans; 2.1% featured Asian-Americans or Pacific Islanders; 1.5% featured Latinos; and only 0.6% featured Native Americans. God forbid you have the audacity to be a girl of color and expect to see yourself as cherished by our culture.

Yes. It sure does.

It matters to kids and adults who don’t see themselves in books, and get the message – in print – that they are invisible and unimportant in wider society.

It matters to everyone affected by white male privilege, which is fuelled further by generations of little boys growing up seeing the world revolve around them and their interests, even in fiction.

It matters to kids who struggle with reading and feel excluded from the books they read. It matters.

So let’s put our book-purchasing and library-lending voices towards books that show the whole range of humanity. Let’s say ‘no’ to sexism, racism and ableism in kids’ books.

I enjoyed putting together this list of kids’ television shows with a range of characters, and thought I’d now also collect up a few of our favourite books – just a bunch that we actually have on our own shelves – that help show a more diverse world than mainstream media favours.

I hope you’ll add your favourites in a comment at the end. This is of course not intended as any kind of exhaustive list, just a bunch of titles you might not have come across yet. Let’s make an enormous collection! 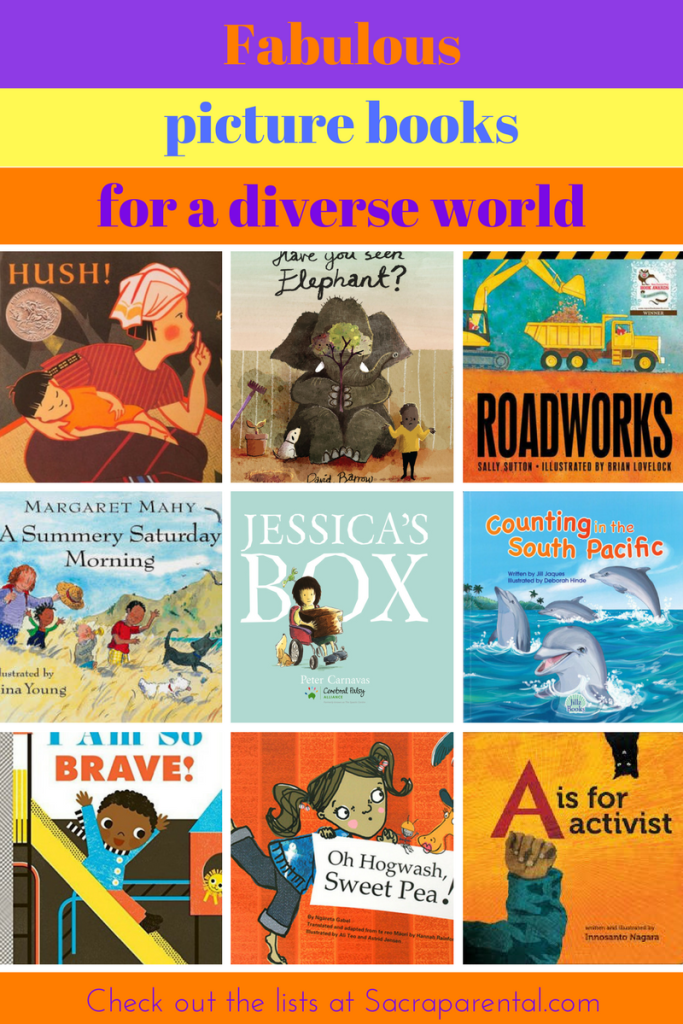 First up is Sally Sutton’s Roadworks (published as Roadwork in some parts of the world), part of a wonderful series of rhyming books about the real-life processes of building. There’s also Demolition and Construction (that’s my favourite – it turns out they’re building a library). 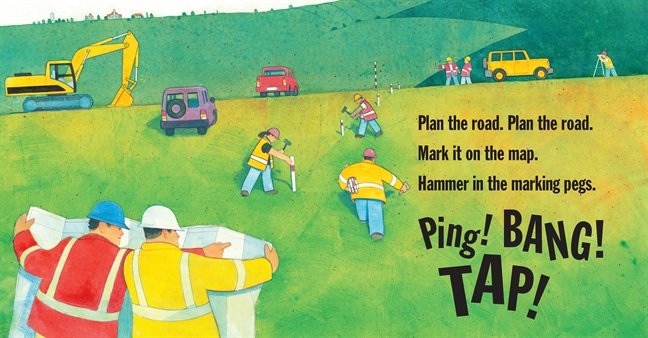 These would be superb books on their text alone, with their punchy rhythm and rhyme. Every part of the building process has a full crew doing real jobs – just ask an engineer or digger operator friend.

Brian Lovelock’s illustrations are brilliant, too, and lift this above the crowd of ‘digger books’. People who are drawn to look like women are working on every page, and the crews include people with every shade of skin colour. Anyone can find someone who looks a bit like them or their families, all dressed up in a hard-hat and high-viz safety vest, doing a useful, grown-up job.

A friend pointed out that of all the people pictured, only 20 per cent were clearly presenting as female. This surprised me, as women’s presence really stands out to me in these books, and perhaps goes to show how conditioned we are to expect only men in such books. On the positive side, there’s someone with a ponytail on practically every page, and you can’t say that about many other construction books. 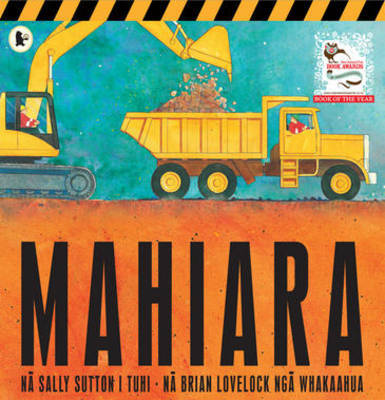 by Ngāreta Gabel, translated and adapted into English by Hannah Rainforth, illustrated by Ali Teo and Astrid Jensen

Oh Hogwash, Sweet Pea! is a quirky book about a fun little girl who is always losing her shoes and coming up with fantastical explanations for why they have gone missing. 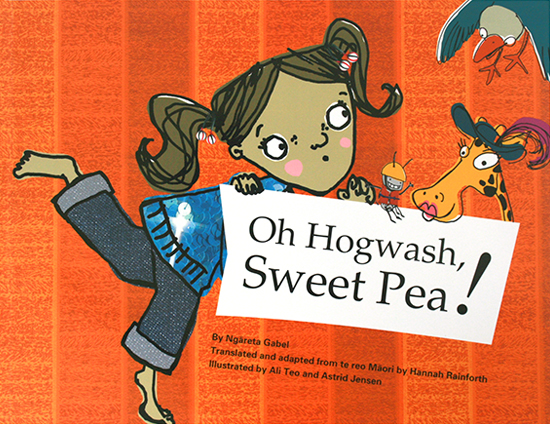 Here are some clips of the book being read:

A little girl reading a book about someone who looks a bit like her:

Jessica’s Box is a touching, straightforward story of a little girl figuring out how to make friends at a new school, and persevering through the ups and downs of that. 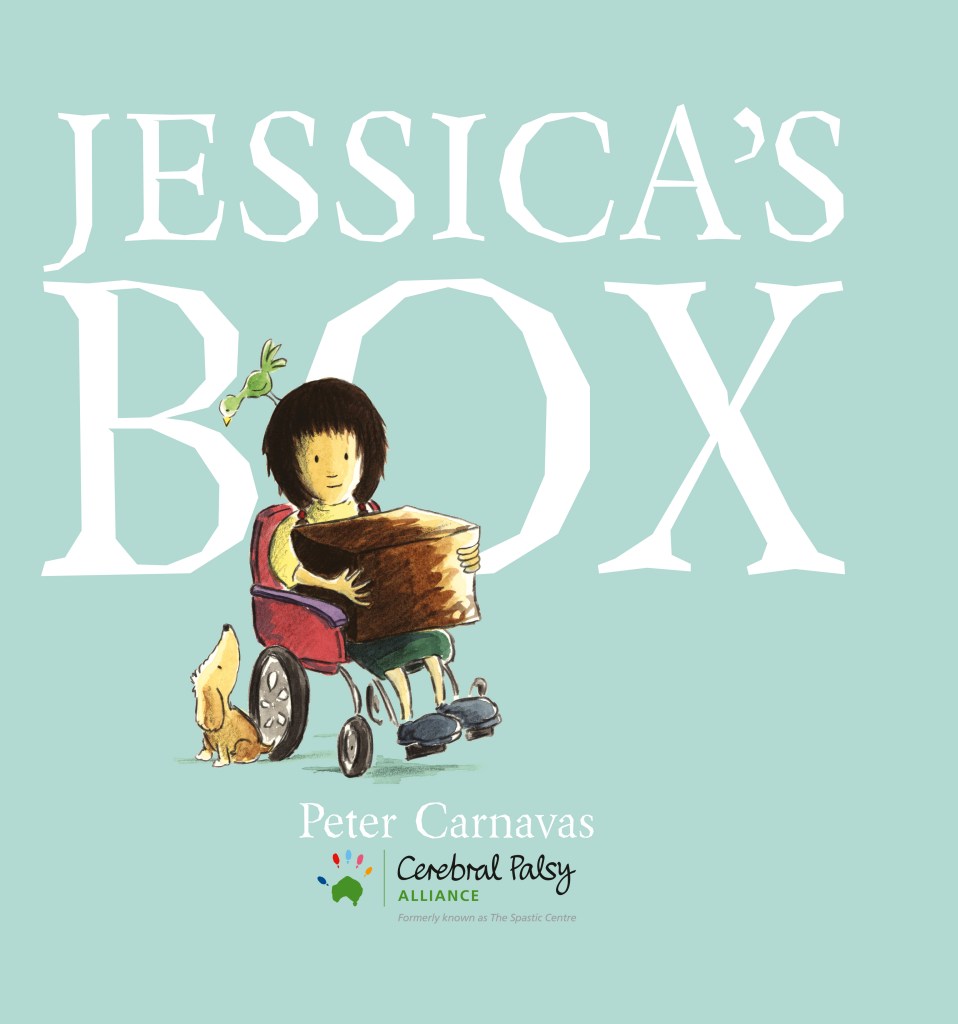 Jessica also happens to use a wheelchair, a fact which is clear from the pictures but never mentioned.

Here’s someone reading the book:

4. Have you seen Elephant?

In this utterly charming story, a little child is playing hide and seek with Elephant – and the big pachyderm is surprisingly good at the game! 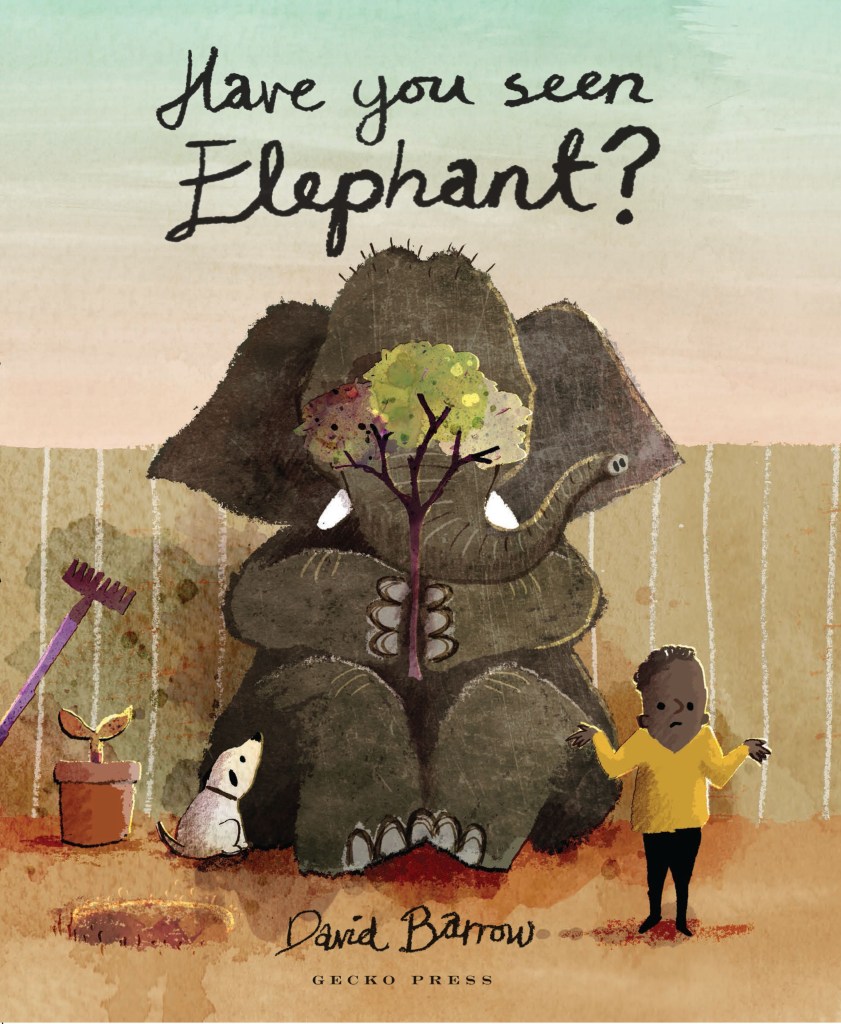 I’m a bit disappointed that the elephant is male and the child (probably) is too. Couldn’t we at least have one of the two main characters be a female one?

On the plus side, though, it is set in a mixed-race family, and the little boy is a dark-skinned person of colour. The first pages have a wall of family photos showing the heritage.

And this book really is delightful! 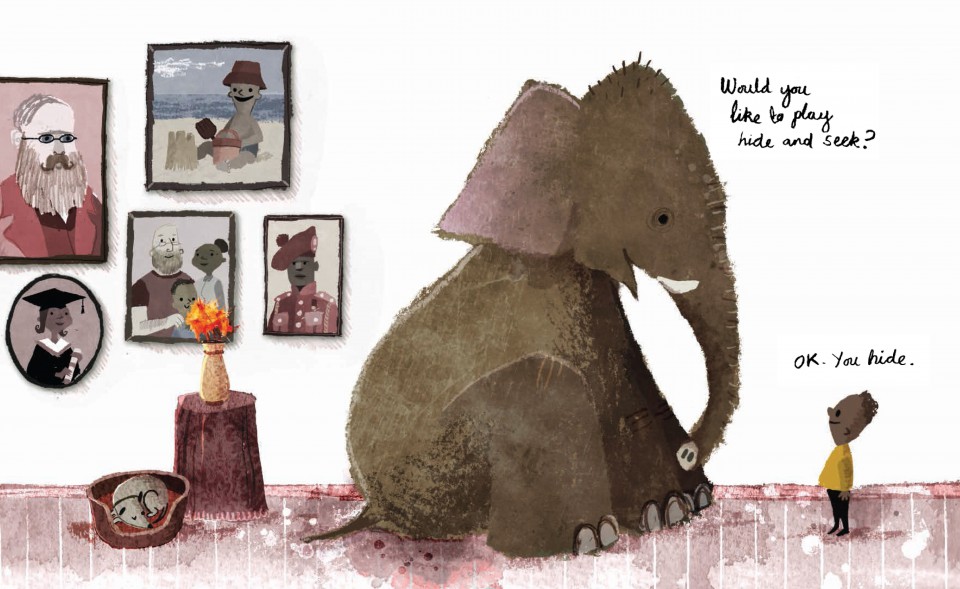 Another lovely read-aloud rhymer, Margaret Mahy’s A Summery Saturday Morning has been a favourite in our house since my parents gave it to my son four years ago when he was one. 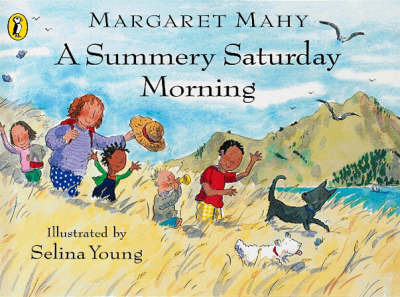 A bunch of kids with different skin tones walk to the beach with an adult and two dogs. It has some great rhythms. It’s a collective, chanty kind of book, all told from a ‘we’ perspective, nobody named or singled out.

Margaret Mahy is the towering giant of New Zealand children’s writing, and this sure looks like New Zealand to me, but it could be lots of places. Here’s a Scottish-accented reading of it:

Minfong Ho was born in Myanmar to parents of Chinese descent, and grew up in Myanmar and Thailand before moving to the United States.

Hush: a Thai Lullaby, illustrated by Holly Meade, is the only one we have, bought by our flatmate Adrianna in Thailand, but I’m keen to seek out more, having read this fascinating bio at Wikipedia. 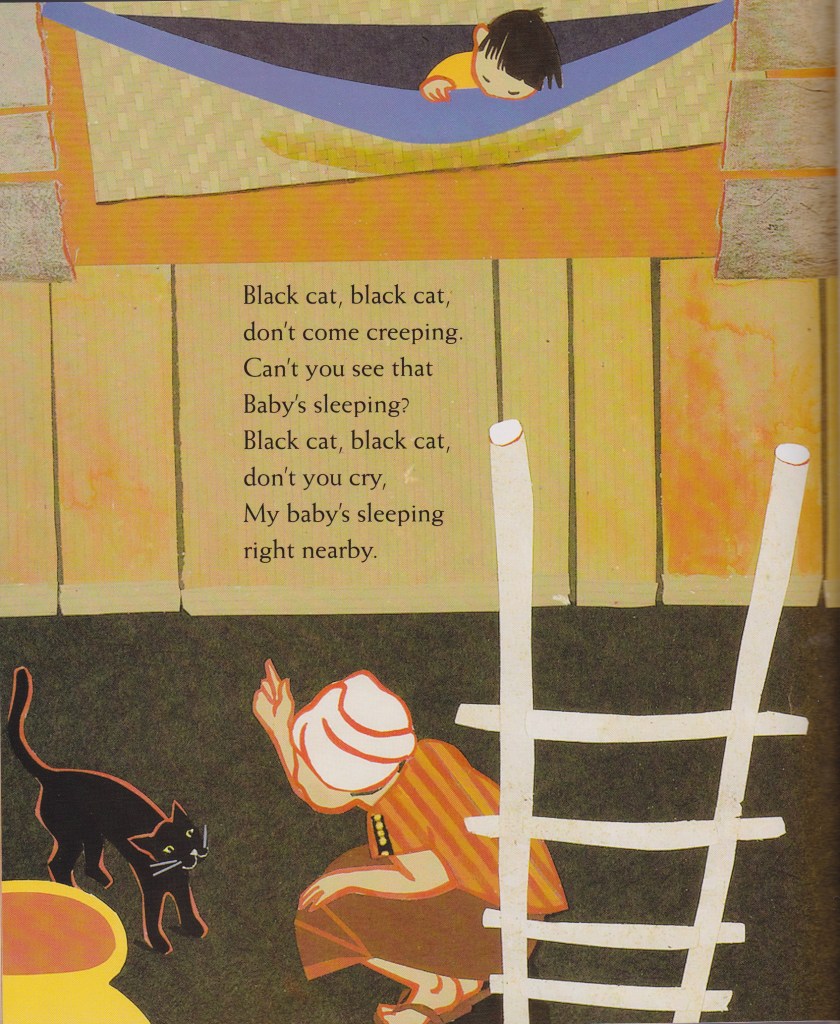 Our best Thai friend, who is Karen (an ethnic minority of both Thailand and Myanmar) says her home was just like these illustrations, growing up in rural Thailand.

The story can be a lovely soothing lullaby, a glimpse of rural Thai life, or a playful search for where the baby has managed to sneak off to in each picture.

My sister gave this to my little one, and it is fab.

I Am So Brave features a little person comparing what he used to be scared of to what he can do now. 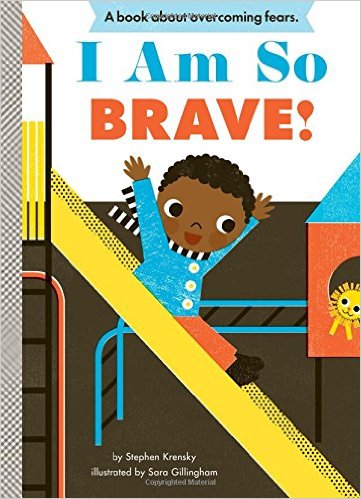 The publisher’s blurb sums it up well:

This fourth book in the empowerment series celebrates the feats of growing out of toddlerhood with courage and success. Whether it’s petting a dog or waving good-bye to a parent, Krensky and Gillingham address the “small wins” of growing just a little bit braver. Young children and their parents will revel in the encouraging text and the vintage screen-print-style illustrations.

I haven’t read the other titles in the series, but they are by the same team, and look great:

I can do it myself!

8. Counting in the South Pacific

In Counting in the South Pacific, kids can practise counting everyday things from shells to fingers, and see ordinary daily scenes of life in a South Pacific community. 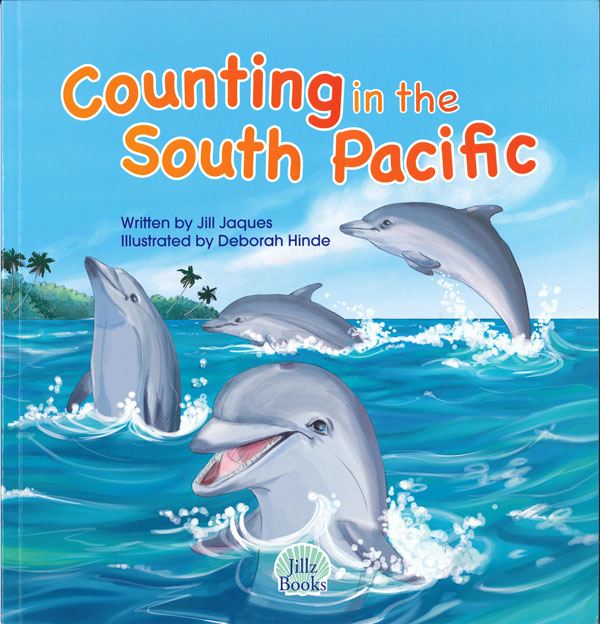 Author Jill Jaques is a former early childhood teacher currently living in Fiji. She wants to provide more books representing Pacific people, and this is her first publication.

The book is in English, in rhyming couplets, and the back page has a translation table of how to say numbers in four Pacific languages (Māori, Samoan, Tongan and Fijian). 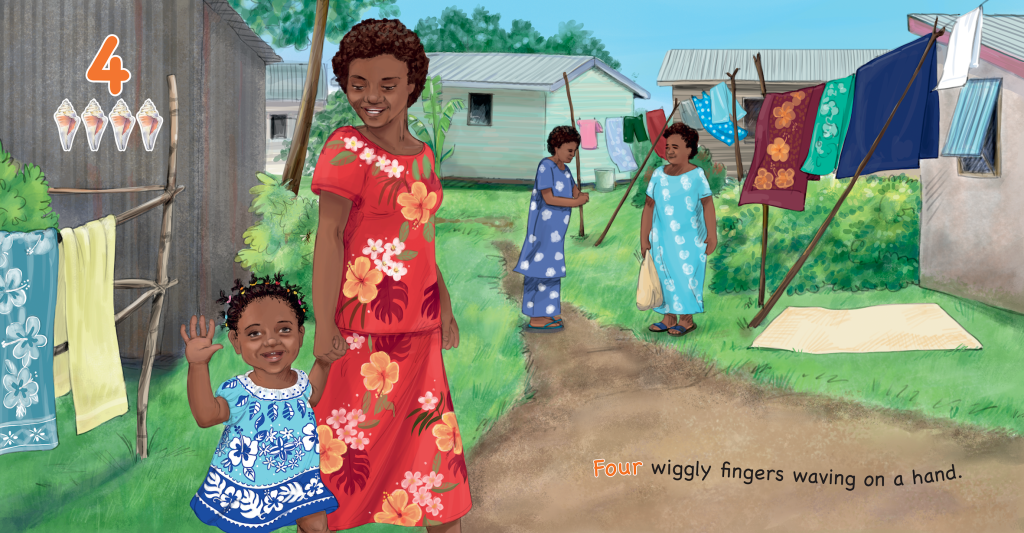 by Atinuke, illustrated by Lauren Tobia

They are set in ‘Amazing Africa’, with the location left deliberately unspecified, but they are written by Atinuke who grew up in Nigeria.

In this picture book, read aloud in the video above, we see Anna and her large family at the beach having a good time.

It’s not clear in this book, but Anna’s father (and his large family, who they all live with) is black and her mother is of mixed race heritage, First Nations and European Canadian. 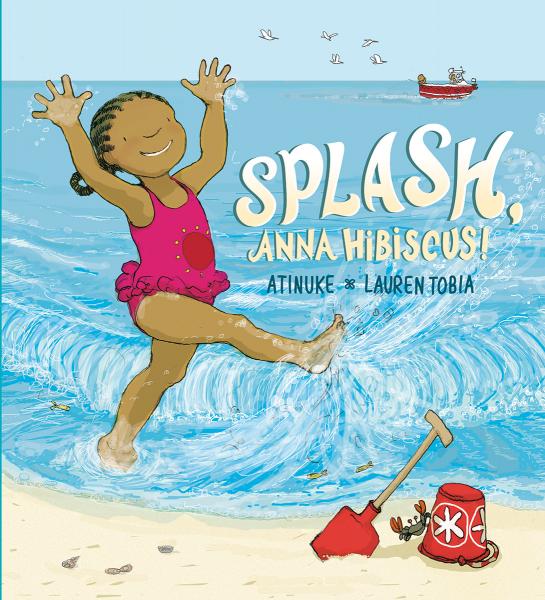 Do check out the chapter books if you have a slightly older child in your house. We read the entire series when my son was four, and I think he’d like to go round it again before long!

Here’s a lovely review of the series from The Artful Parent.

A is for Activist is an alphabet book with big ideas and big words for kids and adults.

Written and illustrated by Indonesian-American change-maker Innosanto Nagara, it features all kinds of people (and the odd animal) and is well worth getting your hands on. 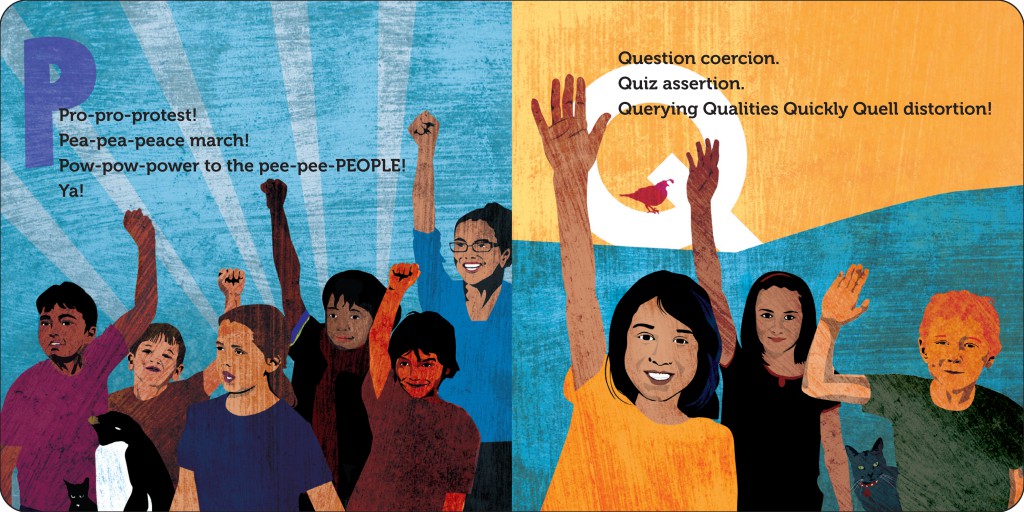 And you can read Lucy’s detailed review with great pics of the pages here. 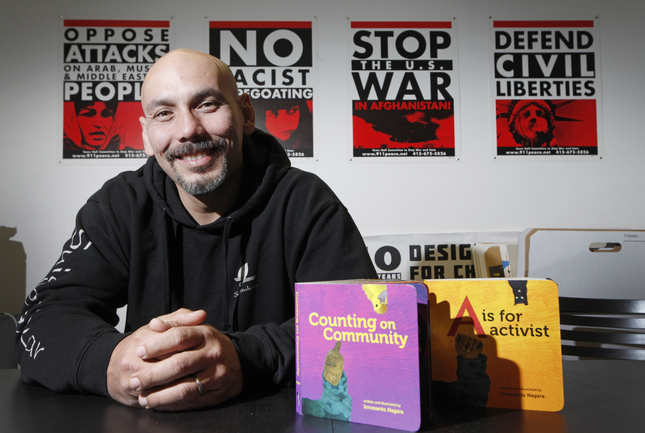 Innosanto Nagara , author of two children’s books he says is “for the next generation of progressives” that introduce young readers to concepts including activism, environmental justice and civil rights, is photographed at his workplace, Design Action Collective in Oakland, Calif., on Monday, Nov. 16, 2015. Nagara works at the Design Action Collective a community of artists creating graphic designs and communications for progressive, non-profit and social change organizations. (Laura A. Oda/Bay Area News Group). 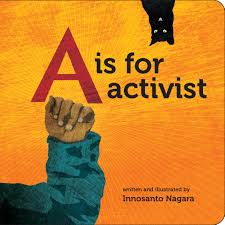 Airport arrived in a package from my friend Cate just recently. This is a great, functional book, like Roadworks, about every aspect of passenger flight, from arriving at the airport, to taking off.

It is full of all sorts of people. For example, in the cockpit there are three pilots: one white man, one black man and one white woman. There are women and people of colour in every kind of role, just in a matter of fact way. 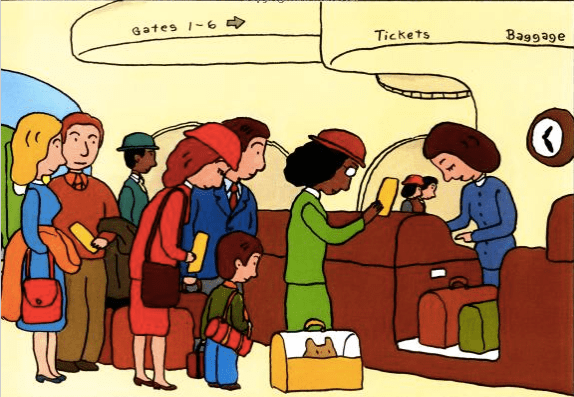 Given that there are more wheelchairs at airports than any other public place (lots of people who don’t rely on them daily use them to get around large airports), I was surprised there weren’t any in the illustrations, but every other kind of physical representation is present. There are babies and elderly folks, people of different ethnicities, men, women, and even someone in a cowboy hat. 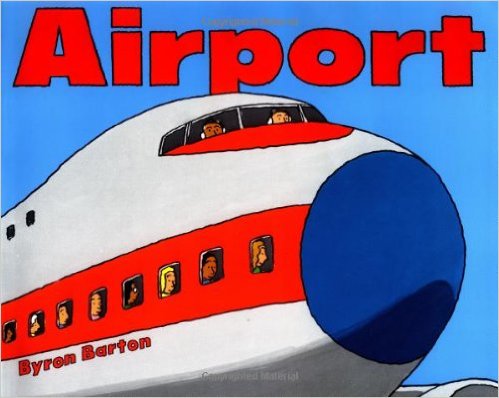 You can also check out the Guardian’s list of 50 wonderful diverse picture books.

The What We Do All Day website also has tons of great book lists, including Books about children with special needs and 21 picture books with diverse characters. Follow her links for more lists.

A Mighty Girl also has a billion book lists that are worth looking through.

If you’re also concerned about representation on kids’ television programming, you might also like to check out my post on great shows that pass The Maisy Test and have a range of characters, plus good social values (and won’t drive you up the wall). 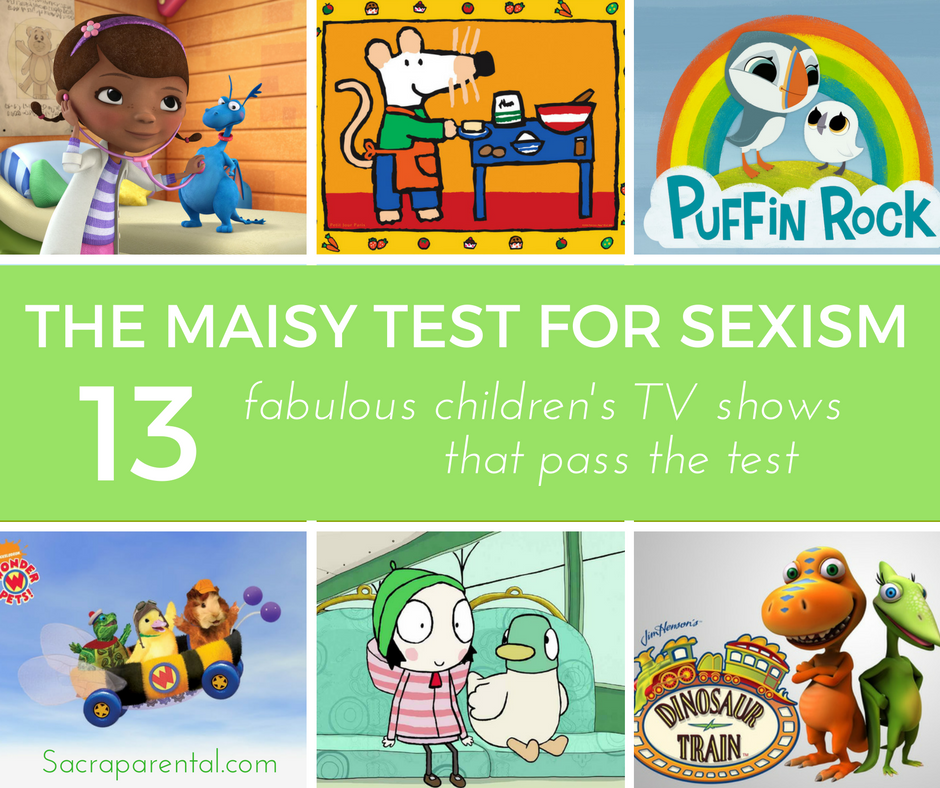 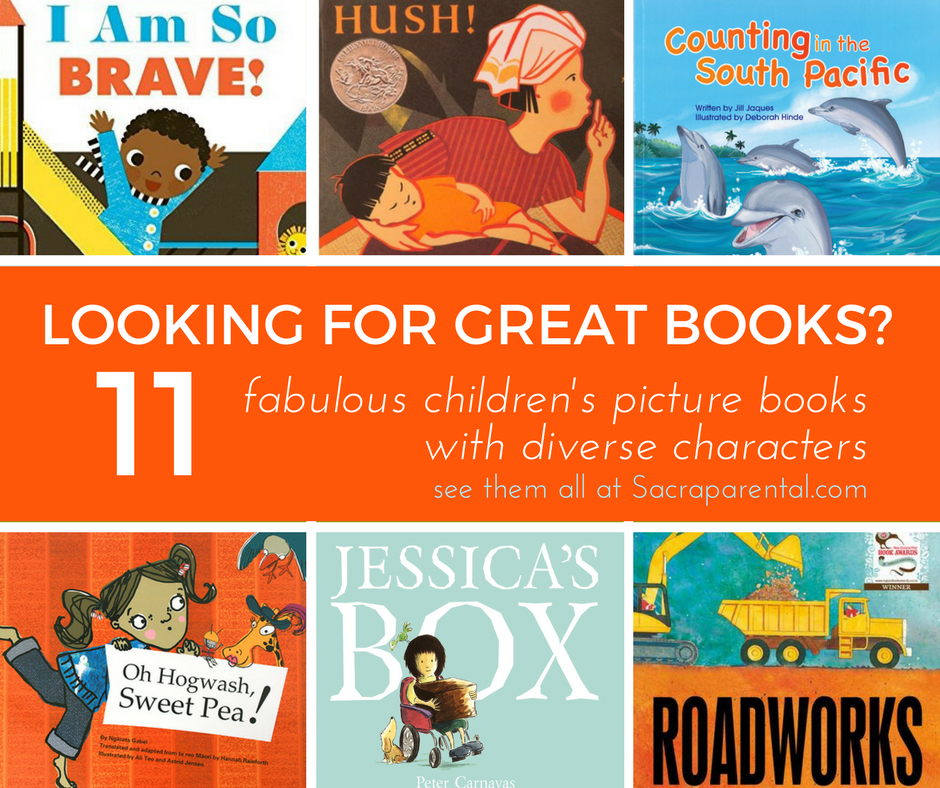