A reveler of Sao Clemente samba school performs during the second night of Carnival parade at the Sambadrome in Rio de Janeiro, Brazil, on Feb. 11. (Antonio Scorza/AFP/Getty Images) via The Big Picture

I don’t want to say our Pancake Party wasn’t the best time in town, but it can hardly be compared to the scale and splendour on offer at Carnival, Karneval and Mardi Gras celebrations around the world. 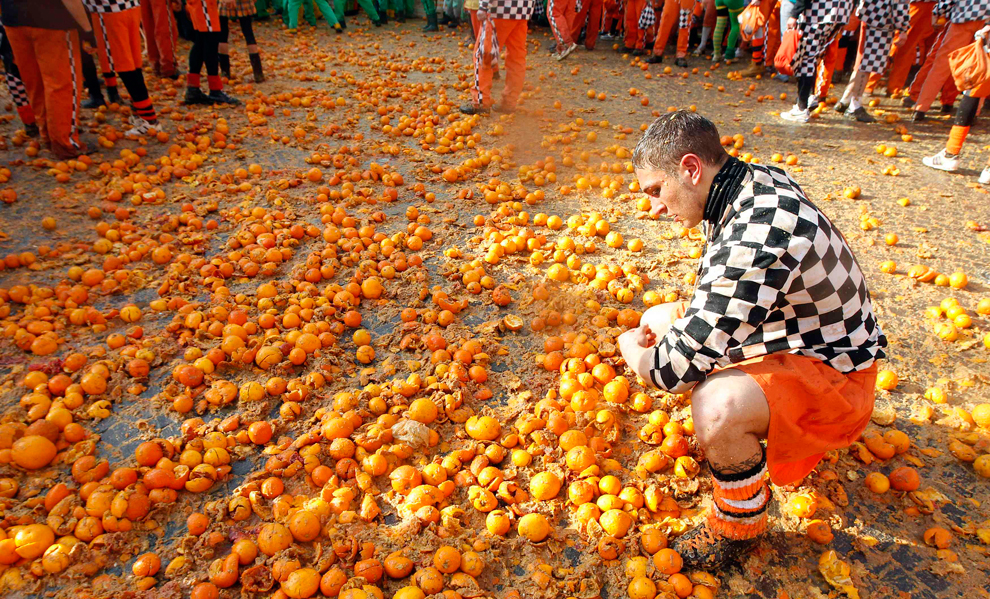 A member of a rival team collects oranges in the middle of the square during an annual Carnival battle in the northern Italian town of Ivrea on Feb. 10. Dressed up as Middle Age kings’ guards, a group of men ride in a horse-drawn carriage and pelt ‘foot soldiers’ with oranges as thousands of people gather to re-enact a Middle Age battle when the townsfolk of Ivrea overthrew an evil king. In a strange twist, instead of swords and cross bows, these days the weapons of choice are oranges. (Stefano Rellandini/Reuters) via The Big Picture

One of my favourite blogs is The Big Picture, a collection of news photography from around the world, curated by photographers from the Boston Globe. Check out their Carnival collection to see samba dancers in Brazil, a golden lizard in Colombia and jumping Germans in Herbstein. 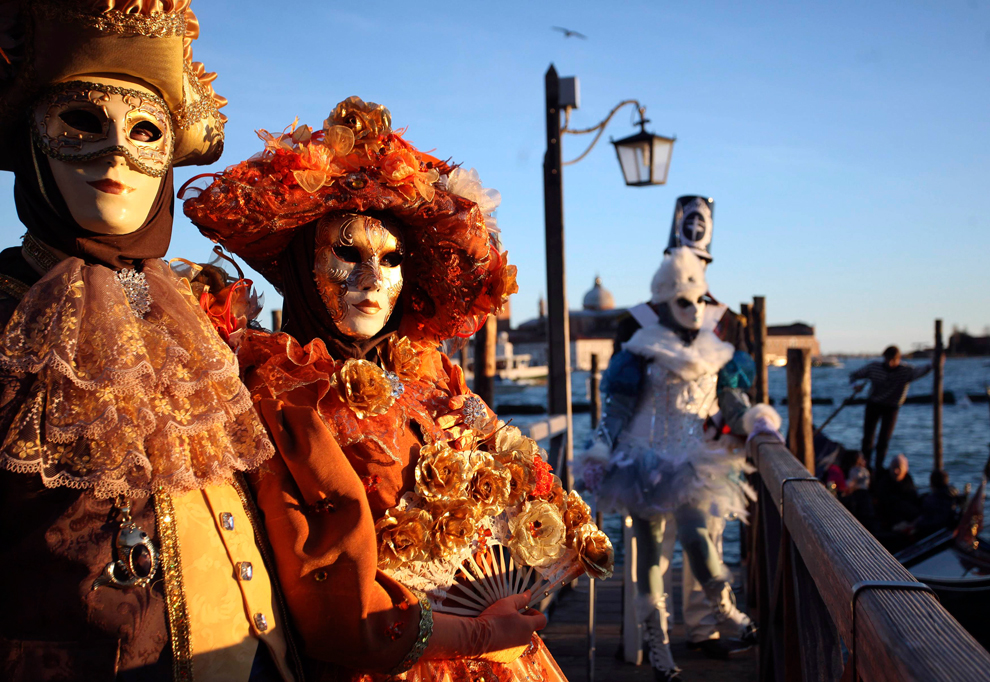 Two masked revelers pose in Saint Mark’s Square during the Venetian Carnival in Venice on Feb. 3. (Manuel Silvestri/Reuters) via The Big Picture